Booked once with Avianca and I got to enjoy flying with EgyptAir in Business Class accommodations via layover. Including their lounges! It was easy and convenient. The privileges you get when you are a frequent flyer with any Star Alliance member airline. You earn miles that will help you fly to the destination of your choice or upgrade your next available accommodation in your next trip! 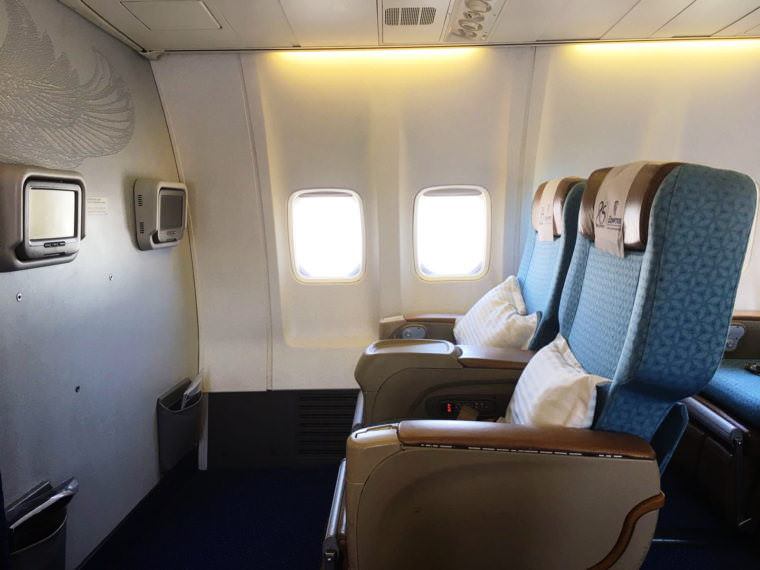 To start, all you have to do is to join in any of the programs where you will be able to gain miles or points in all star member alliance airlines! 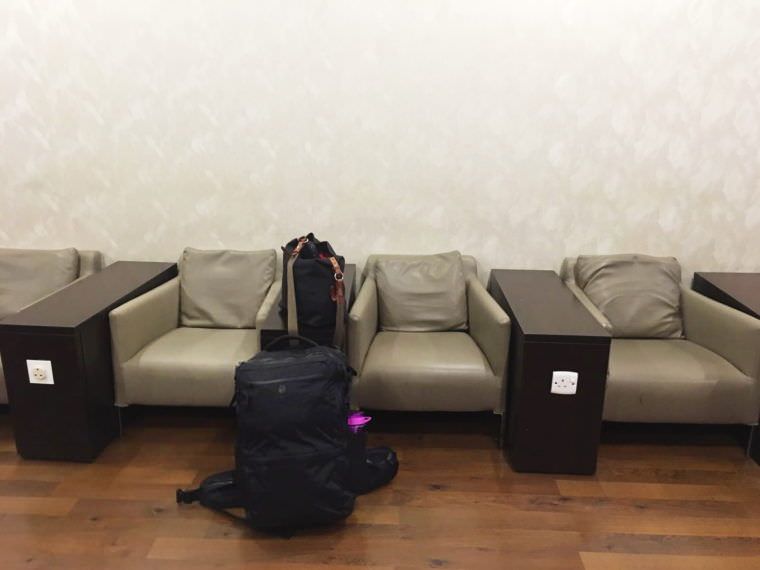 Anyways for a backgrounder about EgyptAir, it is the flag bearer/carrier of the country, Egypt. A lovely yet warm country where your old tales of pharaohs and of course, where the mystifying Pyramids of Giza lie. The airline basically operates around 75 destinations transporting passengers and freight.

I was at their airport and everything was spectacular. Except well, I wasn’t able to go outside during the layover and I felt a little sad I couldn’t go out during the layover. I wanted to visit this country after all. Well, at least I was able to enjoy a bit of Egypt via their business lounge. 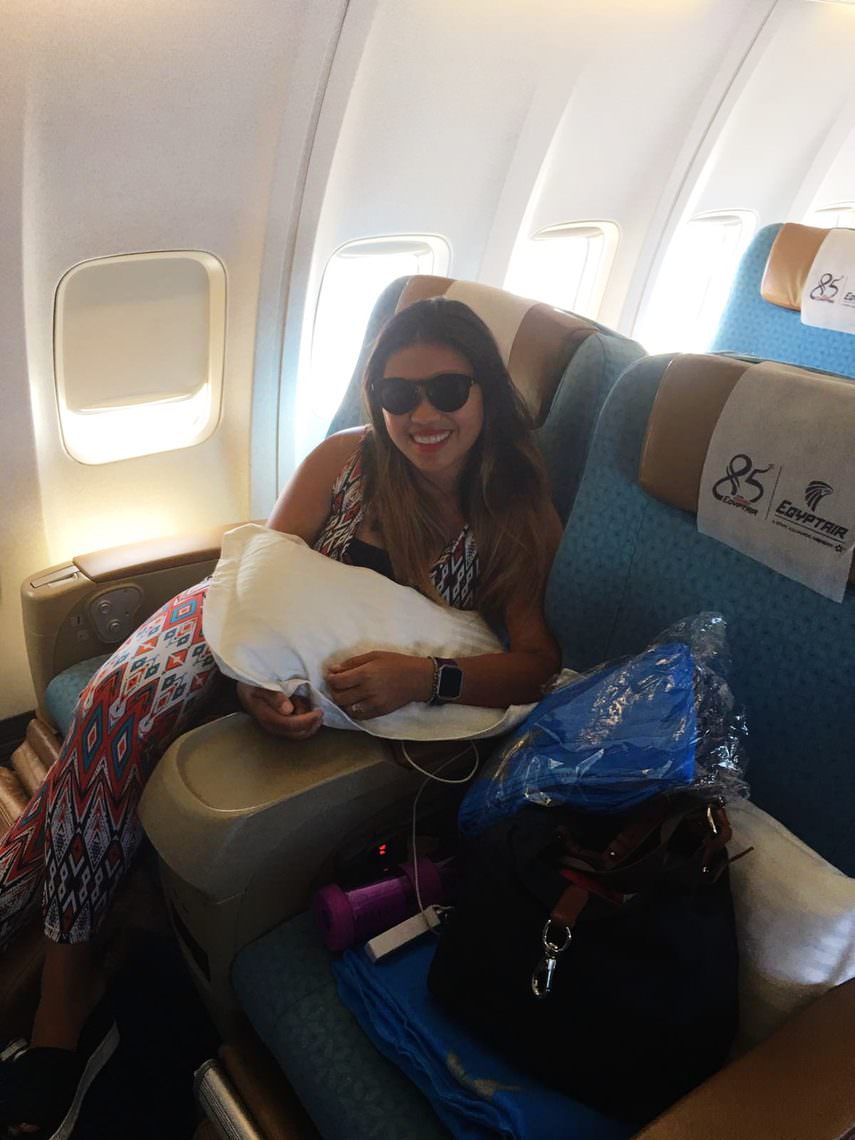 I used the mobile check-in and boarded the plane MS754 by 15:15 and arrived in Cairo by 20:25. EgyptAir actually has multiple business class lounges at their airport. I was in one and let me tell you more of it later. 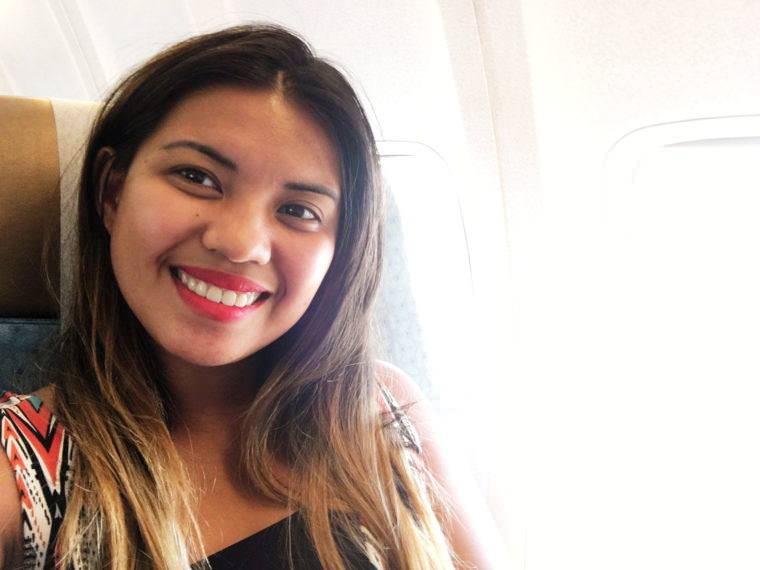 The airline was named EgyptAir back in 1971. But the real story behind that, it was actually the third name assigned to it. Years before that momentous year, EgyptAir was named Misr Airwork (Misr is the Egyptian name for Egypt), MisrAir, and United Arab Airlines.

Why choose the EgyptAir business class 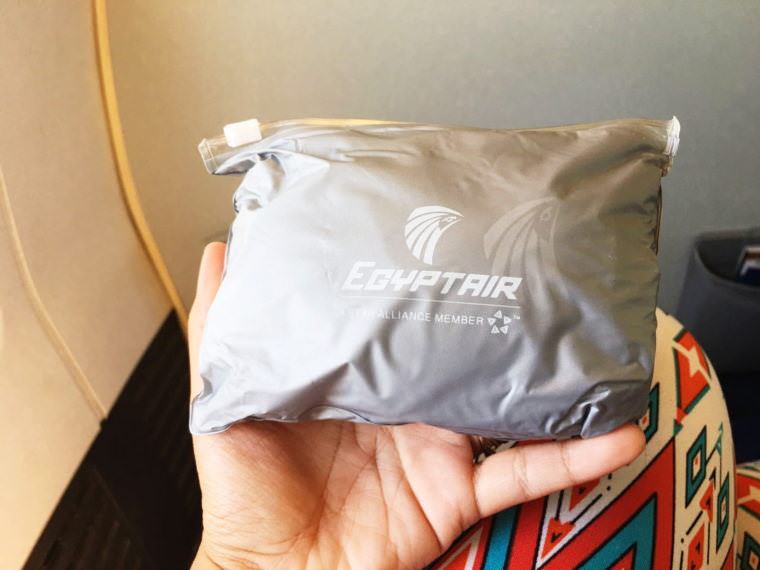 Not only in business class but their staffs are very courteous and welcoming. They gave me my pillow and blanket during the entire ride. Plus, they even quickly attended to my needs regardless. All meals and beverages were complimentary from a wide selection from their menu. 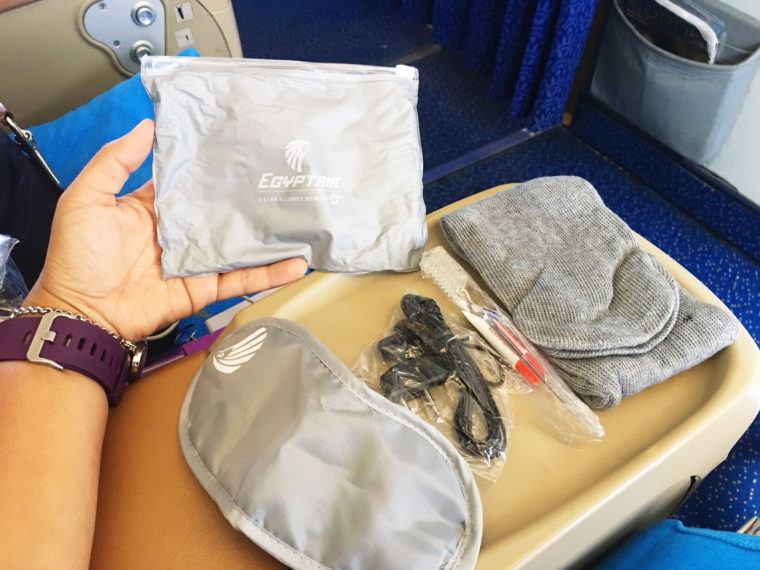 Other than that, leg room was more than enough, chairs were comfortable and inclining – it gave a small girl like me a lot of space. So, it was indeed very convenient. Other than that, EgyptAir also has its own EgyptAir flight kit where the necessaries are inside it. 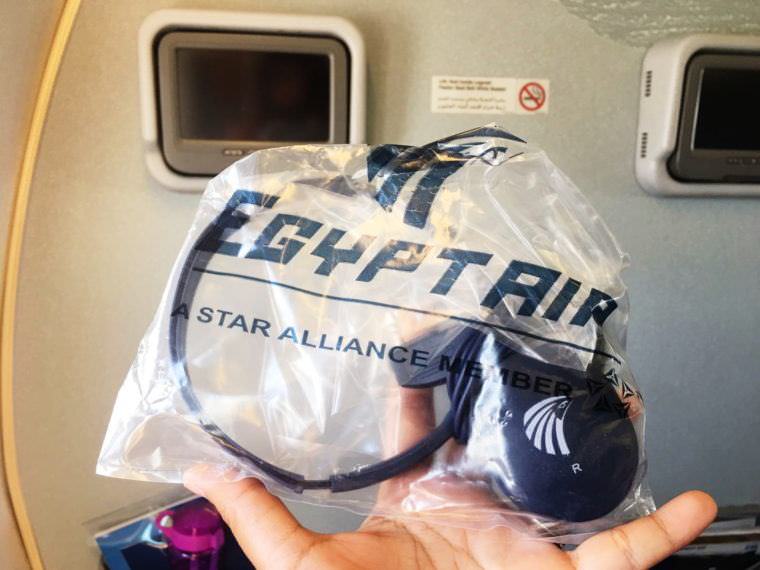 A quality entertainment system for the business class passengers is also there. Available languages were available in three languages, English included. You can also adjust the screen brightness so that it suits to your comfort. 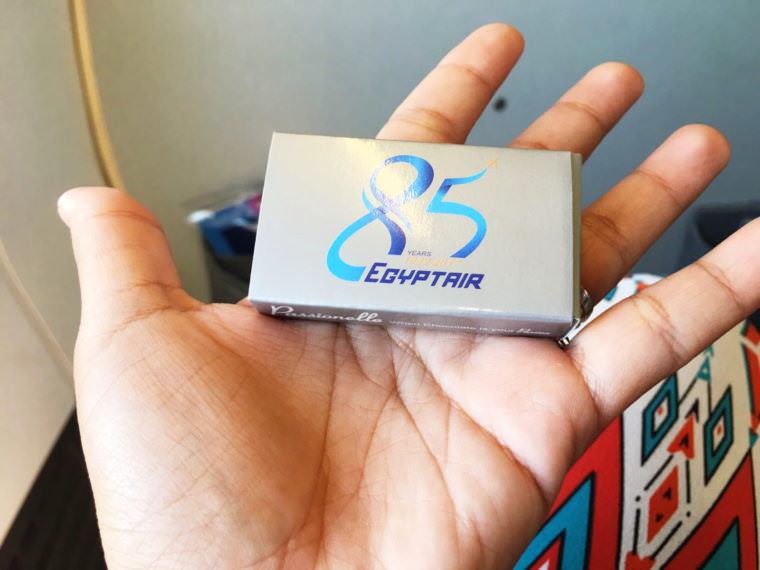 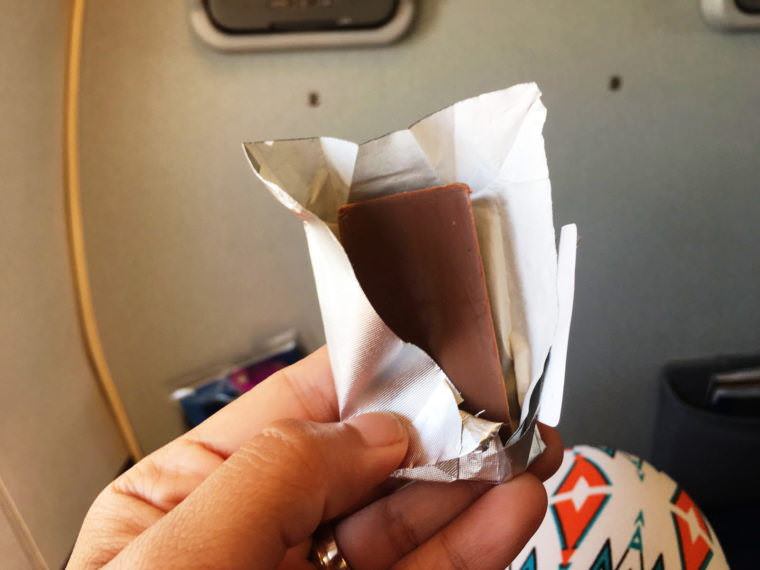 Flying with Egyptair, I also received a souvenir via a sweet Passionelle chocolate in celebration for their 85th anniversary this year – Happy anniversary EgyptAir! 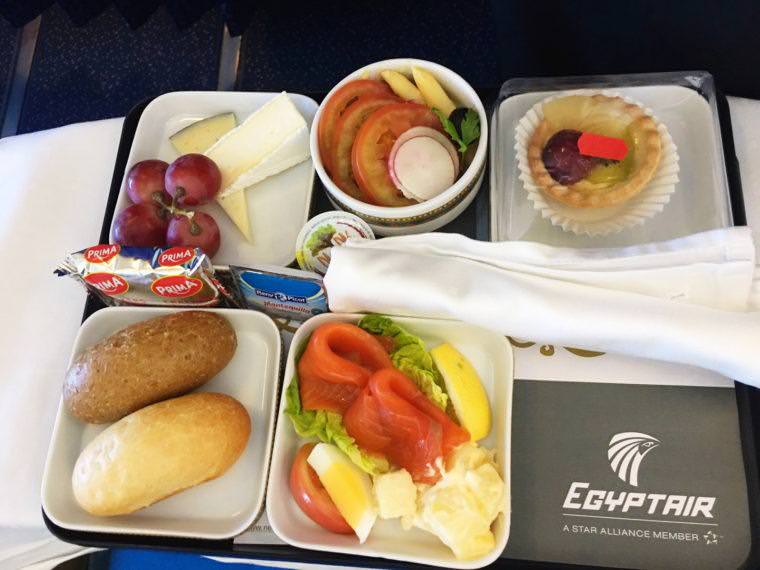 What can I say? Meals were complimentary even the desserts. My hungry stomach was definitely satisfied during the entire flight. Servings were more than enough for you! There were meat/ beef, veggies for the side, pasta, and rice. It was delicious and superb tenderly. 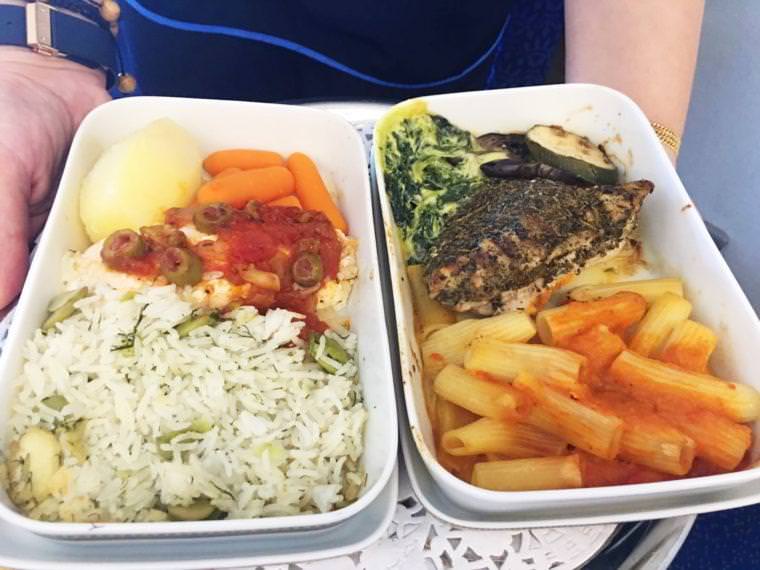 Let’s not forget about the dessert, where I took two! And let me tell you, it made my sweet tooth contented and there’s no greater feeling than that. If you’re on a veggie diet, ask their staff for a menu that features an array of dishes that mainly contain veggies. 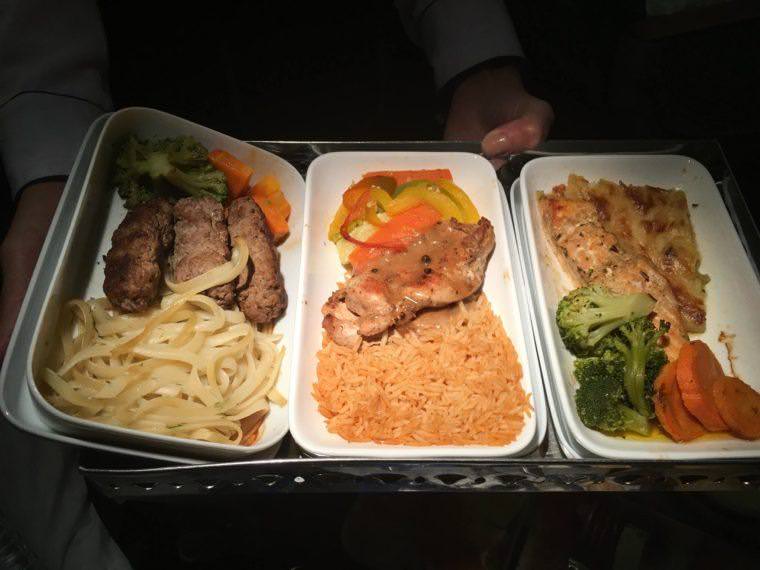 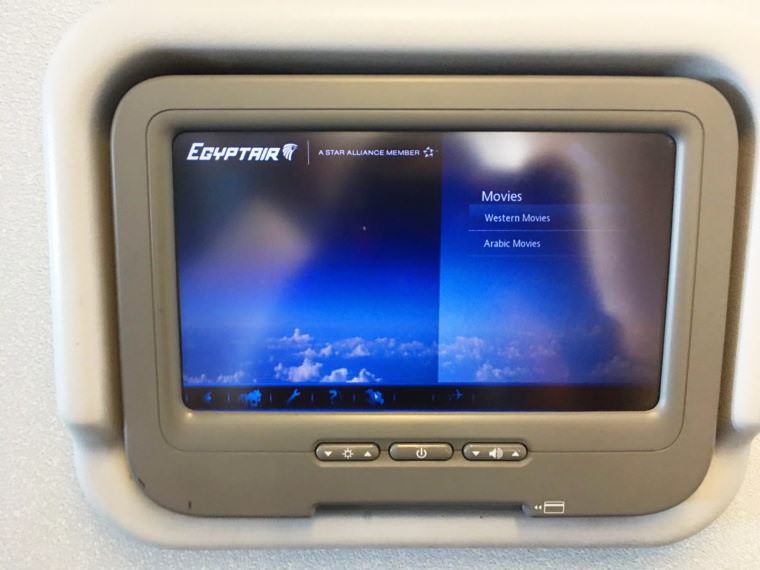 The aircraft basically highlights your personal freedom when it comes to having a TV set of your own. Plug in the headset and this will be the time that you get to have a remote in your hands and no one else will decide on which movie you should watch. Only you. That’s one great advantage when you are in business class!

Aside from that, a number of movies are in store for you to watch anytime during your flight! 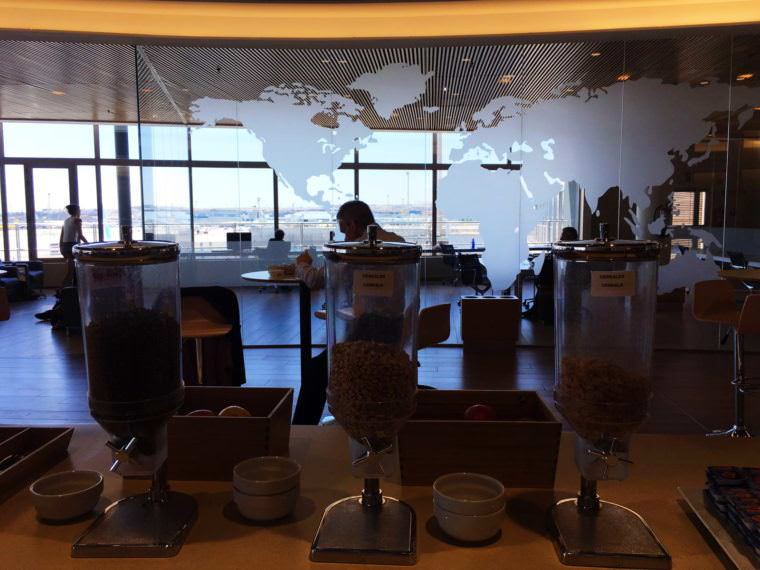 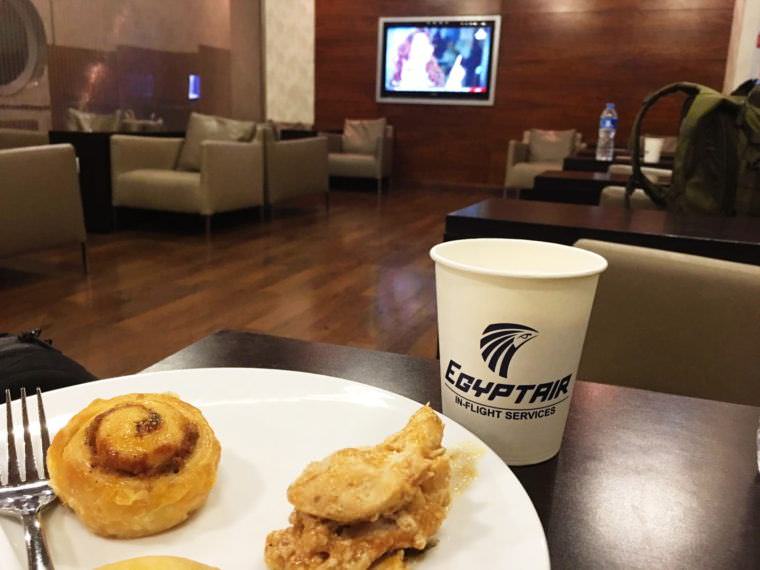 Well, it is normal to get a jet lag. Especially when you’ve slept only a little since you were far too excited about your next destination. So, I was able to spend time in Cairo in their business lounge. It’s furniture and interiors were designed in calm colors for every businessman or traveler to relax. Food and drinks were served and there was a television for you to watch. The plush chairs were indeed comfortable. 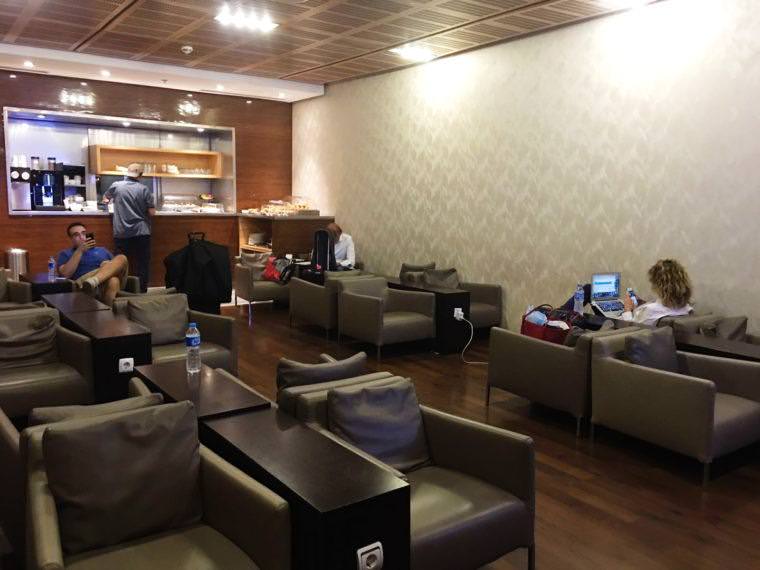 After that, I proceeded to board the MS851 by 22:00. We arrived at Addis Ababa 03:15 a.m. Yes, it was far too early and I found out at the immigration that you could actually enter the country, visa-free as long as you’re doing a layover within 12 hours. 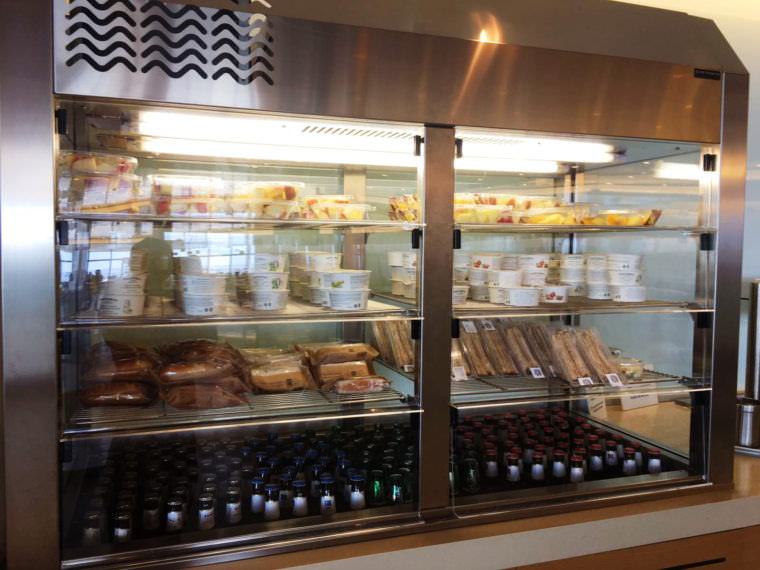 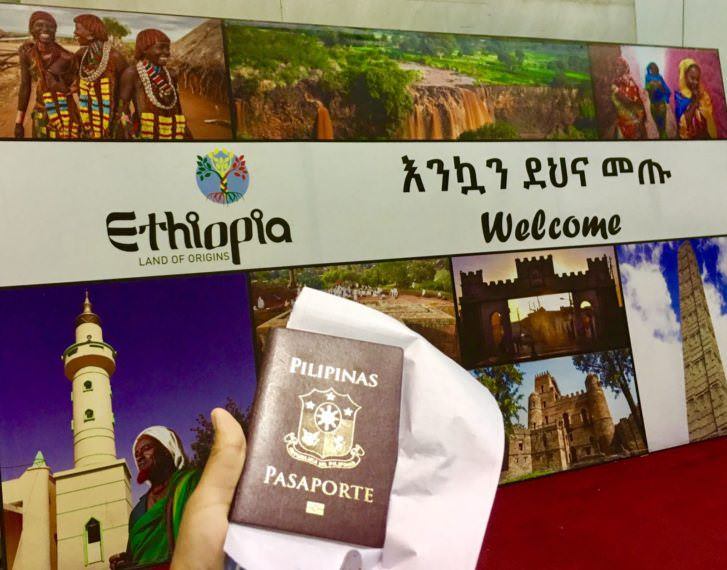 I was so glad the airlines was nice enough to find me a hotel to stay. But being consumed by wanderlust, I went on a quick tour through Addis Ababa!

A Detailed Guide For Your Journey To Moroni, Comoros