For the best Caribbean getaway, you must try their ultimate dishes that will leave you in awe. These dishes are absolutely all worth it.

The Caribbean Bay is famous for its natural beauty. This location has an area of ​​around one million square miles which consists of more than 7,000 islands. These islands are divided into 13 independent countries, and 12 are under the system of the US, and some of the European countries such as Britain, Dutch, and France. 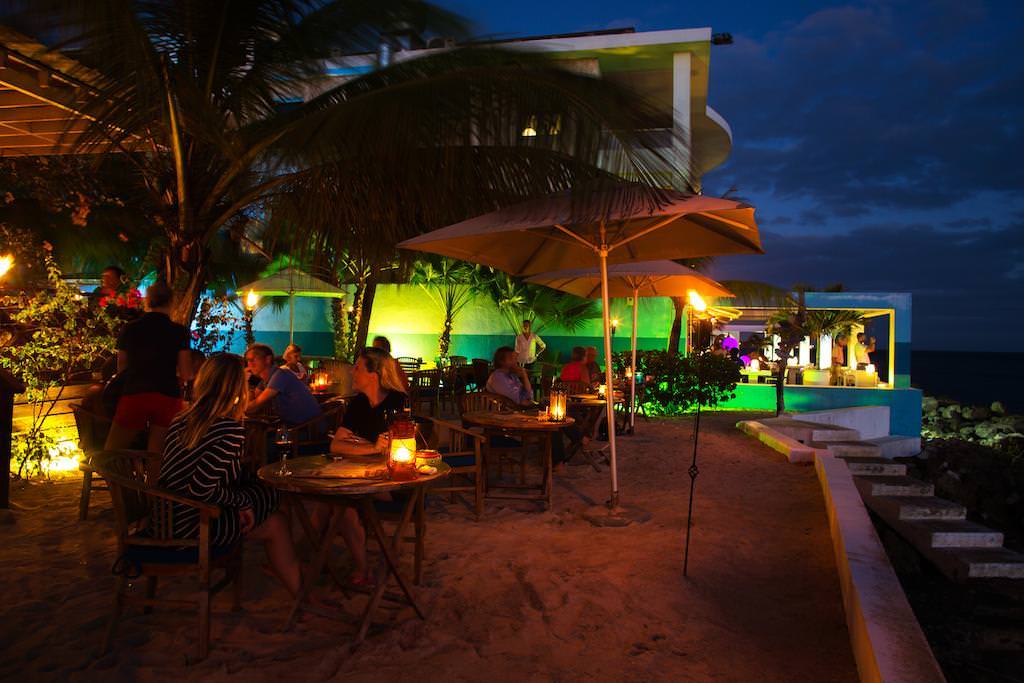 It has an immense territory and diverse ethnicity, which enriches the Caribbean dishes culture. Here we have 10 types of Caribbean Islands typical dishes that you can try.

Aruba is an island close to South America. The island is under the Dutch rule, so don’t be surprised if many people here speak fluent Dutch, besides English and the local language.

Keshi Yena is Aruba’s national dish. This dish is consists of large grilled or steamed cheese with a filling of beef, chicken, or goat. Generally, Keshi Yena uses Gouda or Edam cheese as its main ingredient.

Besides being in the Caribbean bay area, Antigua is also directly adjacent to the Atlantic Ocean in the east. If you have the chance to visit this beautiful little island, try its Pepperpot, which is Antigua and Barbuda’s national dish. Pepperpot is a beef stew with various vegetables, such as okra, spinach, eggplant, and spices. Locals usually enjoy this dish along with Fungee, which is a staple food in this country.

Cayman is a small island in between Cuba and Jamaica, and its largest island called Grand Cayman. This island is a part of the British government system.

While you’re visiting Cayman, you can try their unique signature dish. Green turtle stew is a common ingredient in this island. But, don’t worry, restaurants and locals do not catch the wild green turtle to make this dish. Special green turtle livestock is used to supply turtle meat, and it’s legal to consume this meat. So you don’t need to feel guilty, even though most countries in the world are protecting these marine creatures.

The Barbados island is in the southeastern region of the Caribbean bay and is a British commonwealth country. When you visit Barbados, don’t forget to try its authentic and hard-to-find dishes, Flying fish and Cou Cou. Cou-Cou is a mixture of cornflour, okra, water, and local spices with a texture resembling mash paste. Cou-Cou is used to complement the taste of the flying fish stew that is seasoned with Bajan seasoning.

Not far from Barbados and Antigua, there is an island called St. Lucia. Saint Lucia is also a British Commonwealth region like most other islands in the Caribbean bay.

The dish that you should not miss while visiting St. Lucia is Creole Bread. This bread’s appearance is like a baguette that is baked in a wood oven, so it has a distinctive aroma and divine taste. You can find this bread easily in various bakeries on St. Lucia.

Montserrat is a small British Commonwealth island on the east side of the Caribbean bay. This region’s special dish is goat water, which is an implication for boiled goat. Sometimes locals also add other ingredients, such as papaya, breadfruit, vegetables, tomatoes, or onions into the stew. Goat water is often served for celebrations and eaten together with rice or bread.

7. Fungi and Fish in the British Virgin Islands

British Virgin Island is close to Puerto Rico. This region provides a delicious dish called Fungi and Fish. Fungi (pronounced Foon-Ji) is corn flour that boiled together with okra, and it has a thick texture. Fungi are often served along with steamed or fried fish.

Guadeloupe is an island on the east side of the Caribbean bay close to Dominica and Montserrat. This island has a special dish called Porc Colombo, which will fail you to move on after having a taste of this dish. This dish uses pork with spices, such as cinnamon, thyme, allspice, and curry powder. Porc Colombo generally has a spicy taste.

Martinique is part of the French government and is located between St. Lucia and Dominica. The island has a particular and delicious Grilled snapper with the Creole Sauce dish. Creole sauce made from Chiva, onions, parsley, tomatoes, and other herbs. This sauce then poured on top of the grilled snapper or served separately.

The Caribbean bay is a great place for sugar cane plantations, one of those areas is in Barbados. The sugar cane juice distilled and processed to make a rum punch, which is the best cocktail to accompany your relaxing time. Besides enjoying the regular rum punch in bars, you can also take a distillery tour to see the process of making this drink.

Those are some of the dishes from various islands in the Caribbean. One of the best ways to explore each island is by cruising. It’s not only efficient but also mostly doesn’t require a certain visa.

7 Best Things To Do in West Palm Beach, USA and Where to Stay