Home » Travel Blog » How Banyuwangi, Indonesia Brought Me To Another Planet @indtravel

No, I did not leave Earth from Indonesia. I am not planning to neither. Never. But surprising things do matter. 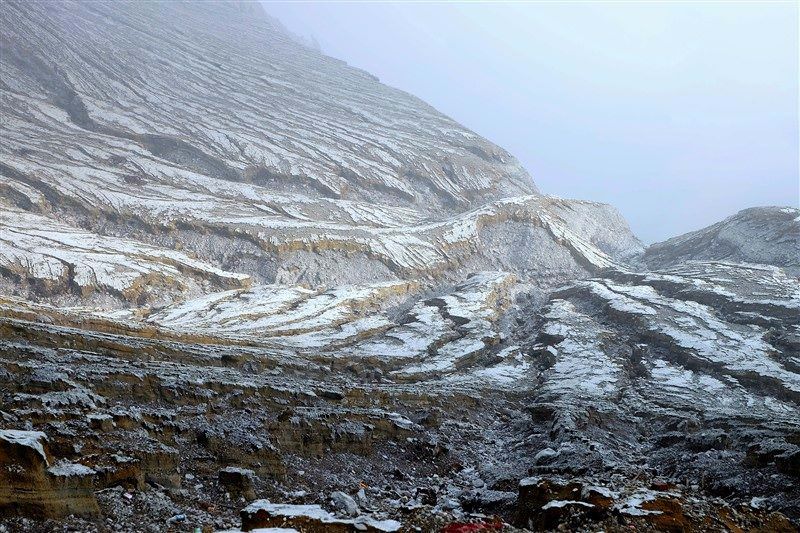 I had no idea that a boat trip from Lombok to Bali and flights from Denpsar to Banyuwangi via Surabaya could bring me in a plain white and brown locale, which is far from the blue and green hues of the world.

There was no Alien and there was no Unidentified Flying Object, but Banyuwangi, somehow brought me to places that I never thought Earth can offer. Exaggerating it may sound but that’s how exactly I felt when I explored two impeccable destinations in Banyuwangi. Here’s how Ijen Crater and Baluran National Park brought me to another planet.

I did not chase for it to get burnt. I looked for a phenomenon. I was successful. Minimal sacrifices need to be done though. If you are ready to start your day as long as the clock’s hands tick at 12am and begin a hike, then you can catch a rare phenomenon too. As demanding as the word rare, blue fire only allow its beauty to be seen at most from two up to five in the morning. 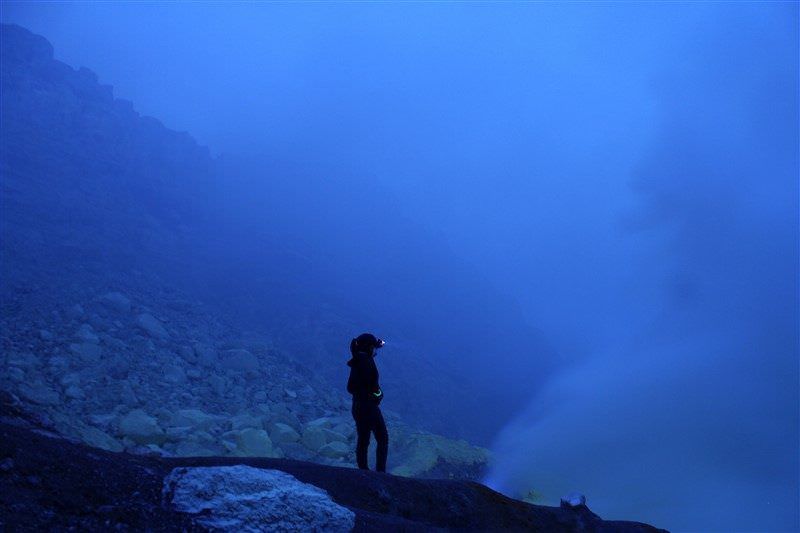 What’s so special anyway? Ijen has the same lava like other volcanoes but it does this attractive blue light coming from burning of sulfur/sulphur. Search more on how it can happen scientifically in the web or books and don’t ask me. All I want to showcase is the feeling of searching and being able to found it. It’s not burning you like hell. The calm and peaceful reflection of the color blue remain. Despite the crowd, eyeing for the perfect spot to grab a best photo to share, the flame shades keep their ruling and conquer the morning until the natural light comes.

Records say that the blue fire/fames were observed in several points around the lake but I was able to see two spots only and it fades time by time. It is suggested, therefore, to be on the crater as early as possible to see the flame on its brightest time. 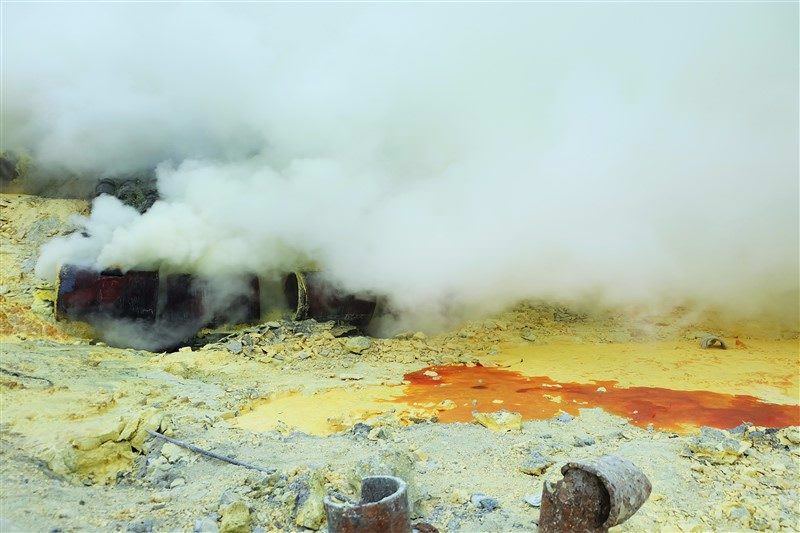 That’s why a proper gas mask is necessary. I had a thin mask all throughout the hike and it’s totally not advisable. Respiratory infection may occur from inhaling the sulfur gas. A piece of cloth wet by water, slightly covering your nose and mouth will also be helpful for better breathing. I was too busy hiking or maybe I was just too stupid not to rent a gas mask as I came down, getting closer to the sulfuric area. Gask mask is available for rent at 50,000IDR (around 4USD) or better yet, bring your own. I started sensing the air with sulfur during the hike but it’s far from what it actually does in the main points where the tons of sulfur are. 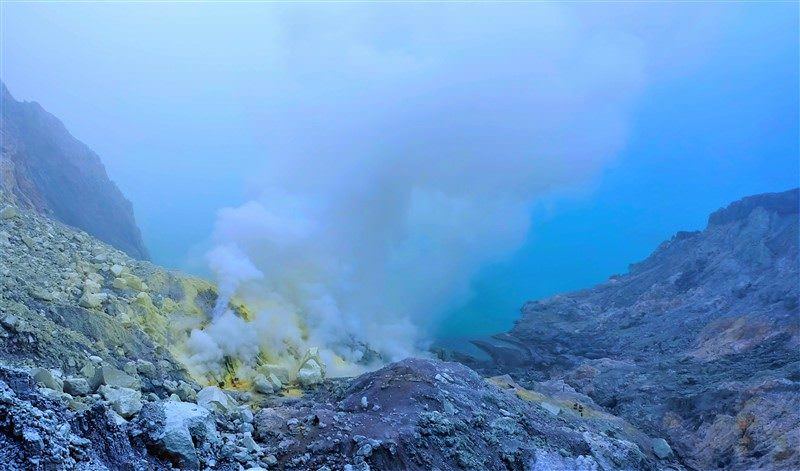 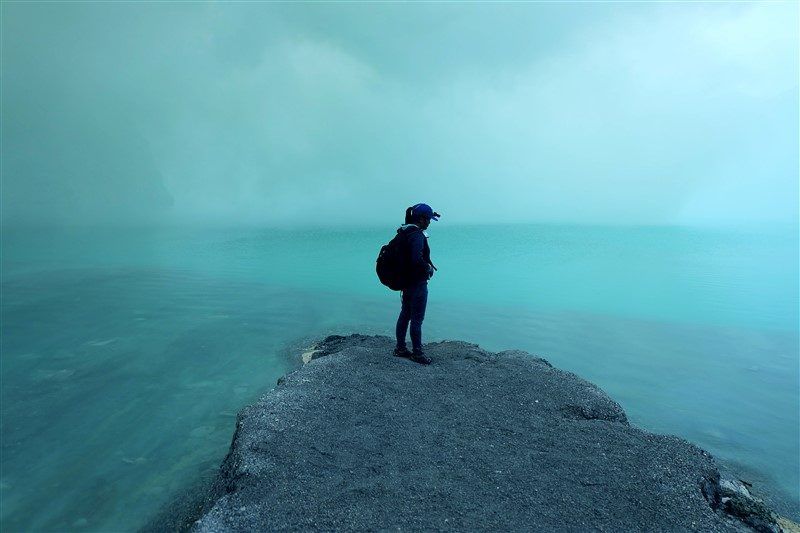 There was a huge fear to go closer. The sand is not as sturdier as I want to be. The call of curiosity won and it was fulfilling. The most acidic lake in the world was just in front of me. Even there was a strong temptation of how a lake should be relaxing for a quick bath, better not to do it. Just fill your eyes with fog from the smoke of burning sulfur as it slowly shows the killer lake.

Not all want to come at this point nor in the sulfur area. The hike in Ijen does not end by going up and reaching the peak of the mountain. The literally rocky road down the crater is more challenging, especially before the sun rises. Aside from headlamp, better bring gloves or rent a pair in the area at 10,000IDR (less than one USD) to help you pass the way going down. 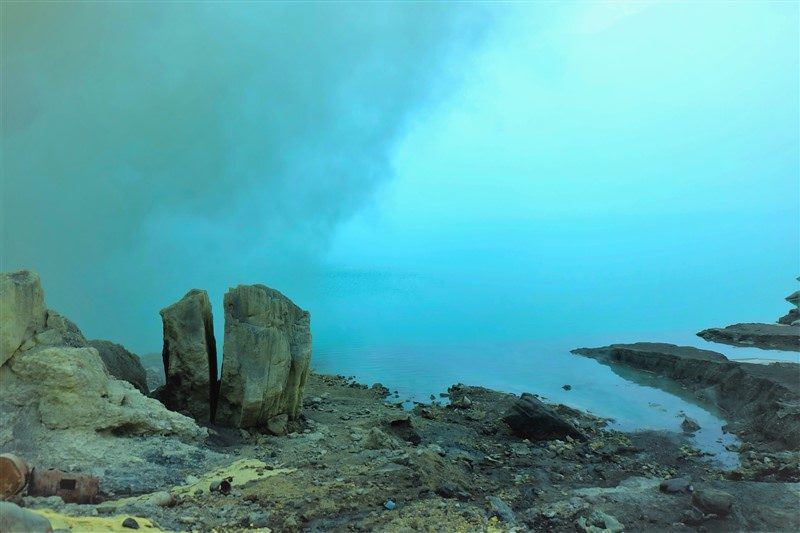 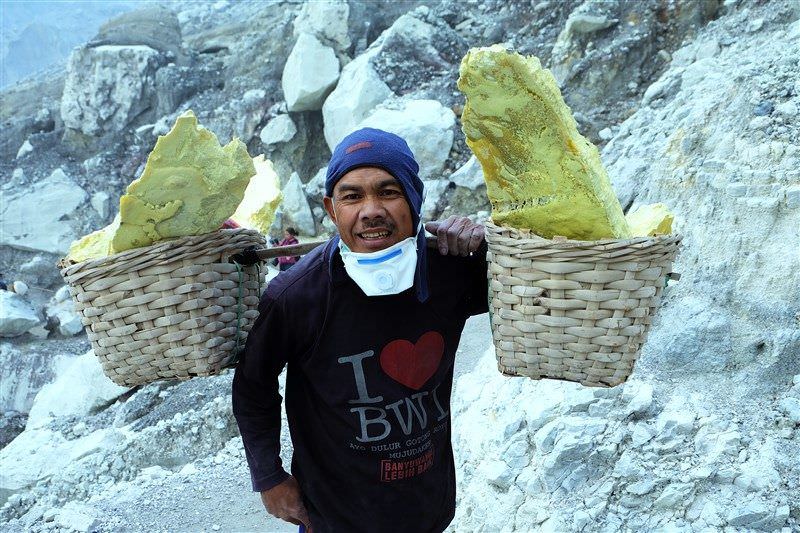 Friday is supposed to be a day off for sulfur collectors. Some were still there, working from two to 11 in the morning and trying to make extra rupiahs thru photo opportunities and mini sculptures out of sulfur. 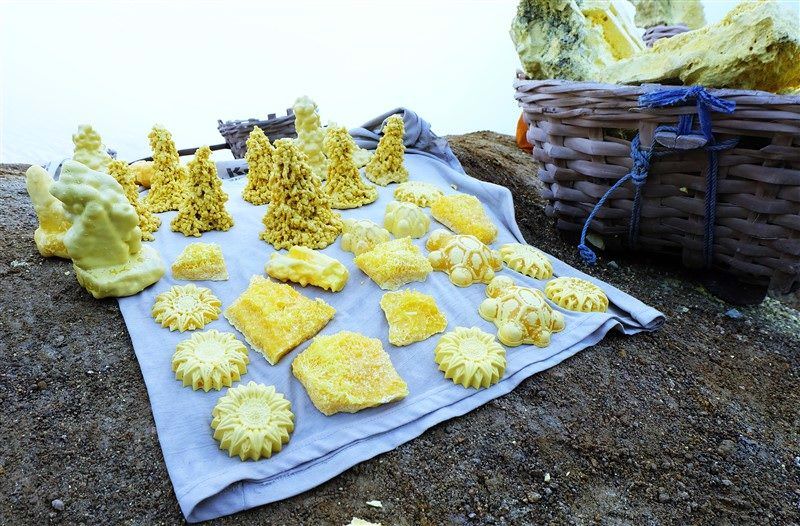 Carrying up to 70 kilograms of sulfur in the baskets and breathing in the sulfur gas for almost every day for hours is not something that everyone can and should not do. Even the miners would probably not want to make this as a lifelong source of income if and only if they have more options. 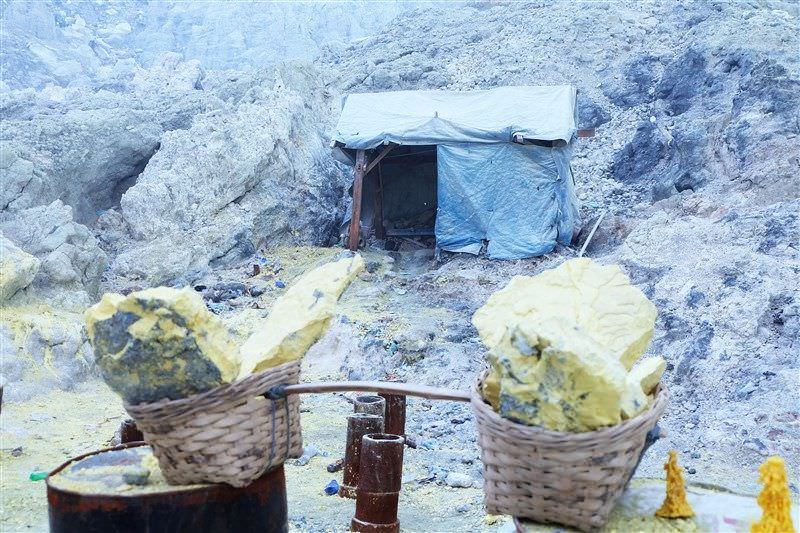 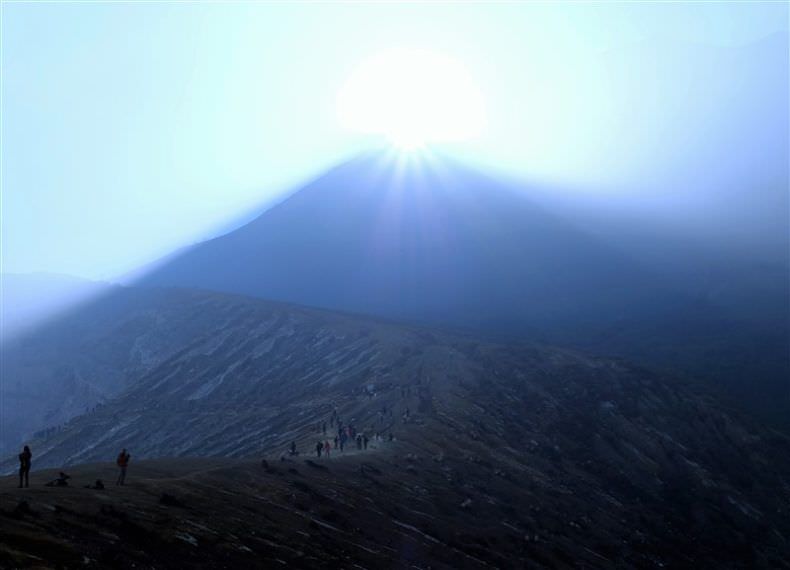 Though I missed the sunrise which I bet would be a spectacular experience from the top of Ijen crater, I still felt the beauty of a Morning sun. 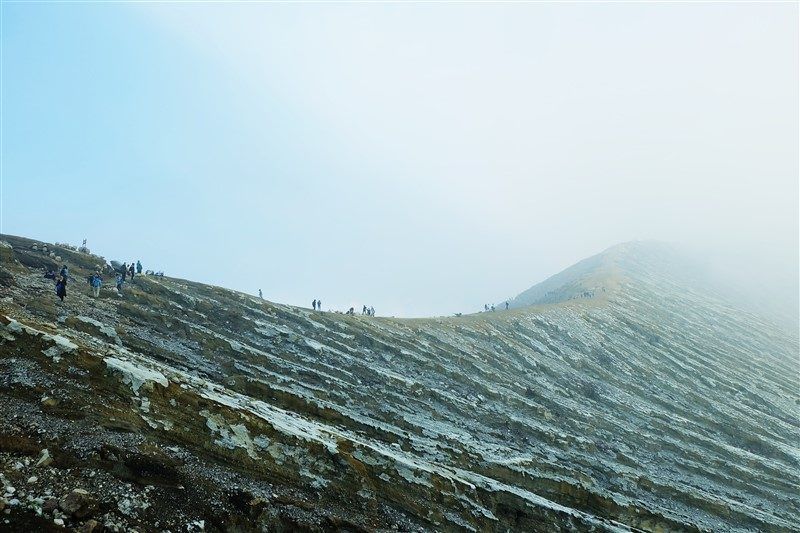 The views that it can offer make other hikers to choose morning (after sunrise) in exploring Ijen. The cool breeze going up will be a big help to lessen the tiredness. The foggy view, covering the mushrooms of mountains around the areas is also worth to see. 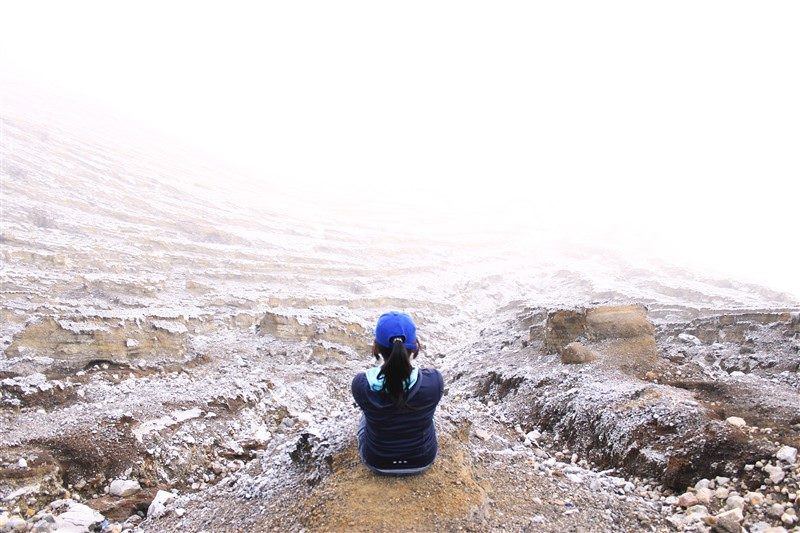 Standing in a 25,000-hectare Green Sphere 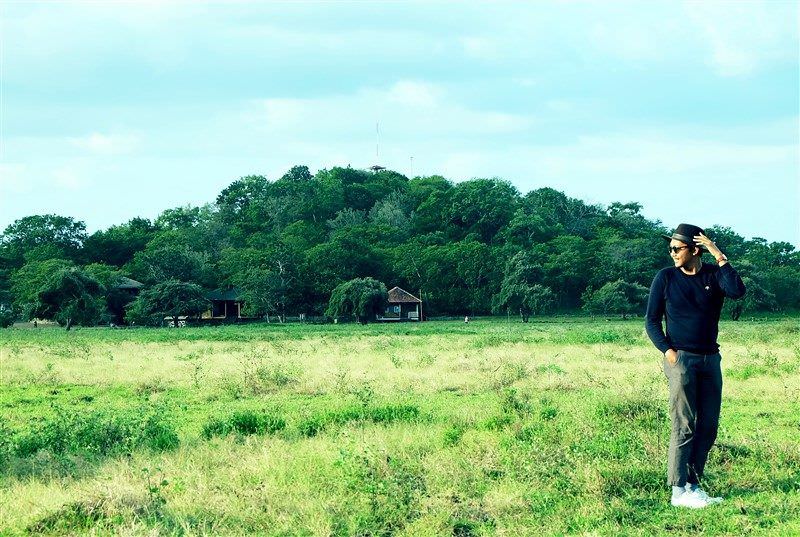 The massive area of forests can impressively be observed from above. Standing in the thousand-wide savanna made me wonder how would people are massing themselves in the urban life for entertainment and leisure when there is such a place as wide and tranquil as the Baluran National Park. 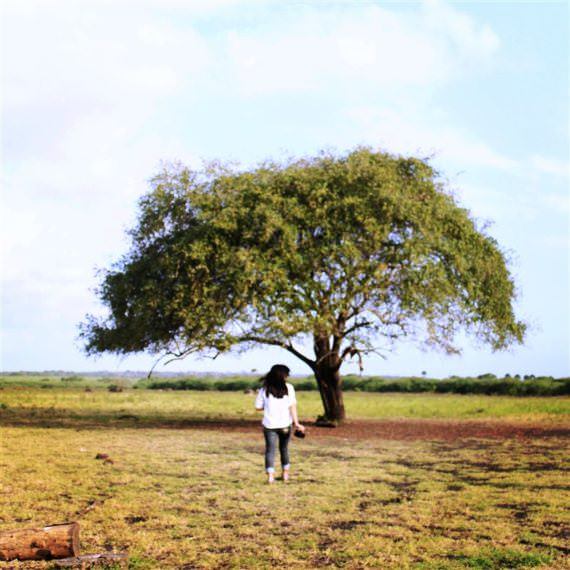 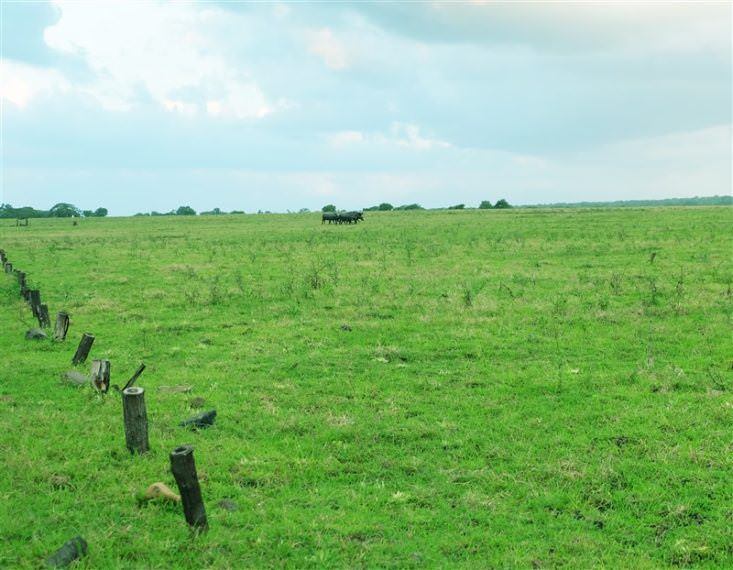 We ran; they ran. We clicked; they ran again. With close to 30 species of mammals at Baluran National Park, the deer, monkeys, carabaos and all wildlife can still run freely as they want as we aim for a capture or two.

The park is the home of  the endagared banteng, which numbers decreased by 92% in the span of sixteen years (1996-2012). Sumatran dhole, Indian muntjac, fishing cat, Javan leopard and lutung are also being inhabited at Baluran National Park.

The wide range of bird species such as green peafowl, red junglefowl, and lesser adjutant can be found as well in Banyuwangi through the park. 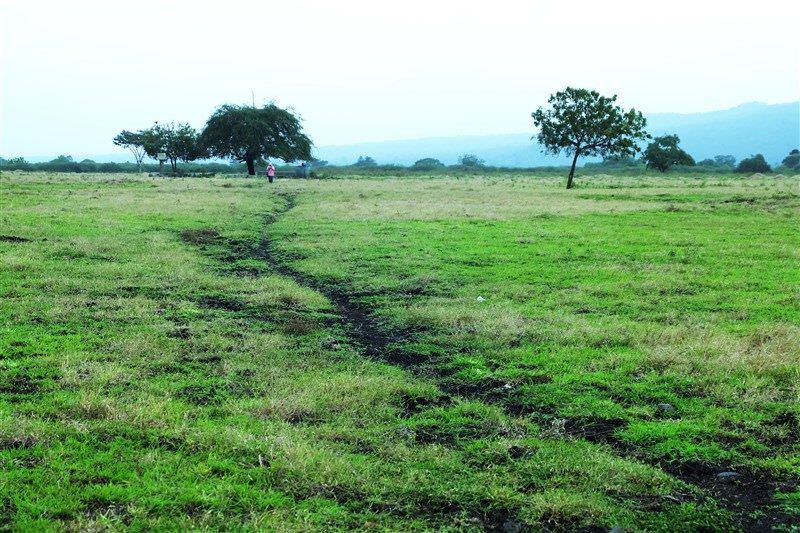 The modern world is too hectic for them. At Baluran National Park, they have their planet – a place where people can barely disturb them.

Banyuwangi has more to offer aside from Ijen Crater and Baluran National Park, but I am lucky enough that I came to see these two. I was moved in a different world for a couple of days than I used to be. I saw unearthy side of the Planet. I realized that’s how magical can natural wonders be. And that’s why they deserve to be on Earth.

Note: The Tourism Ministry of Indonesia invited Two Monkeys Travel Group and other southeast Asian bloggers for the 10-day #TripofWonders in four destinations, including Banyuwangi, but the views written on this article are fully my own.

47 thoughts on “How Banyuwangi, Indonesia Brought Me To Another Planet @indtravel”

10 Best Travel Cameras for Your Next Backpacking Trip