Home » Sailing » UberSignal: The Best Device to Boost Your Cellphone Signal When Sailing in the Caribbean

After 8 months of staying in Marathon, Florida where we had to repair and refurbish our sailboat,  it finally came to the point where we felt that indeed, we were all ready to cross the Gulf Stream all the way to Bimini, Bahamas – and by all, we mean our S/V Empress, Kach, and our onboard kitty cat, Captain Ahab.

We had a lot to fix on our boat but one of our concerns was our 3G/4G/LTE connectivity while we’re out sailing, as we can’t really put our work on hold while we sail. We have a sailboat which demands constant maintenance and a cute little cat to feed! 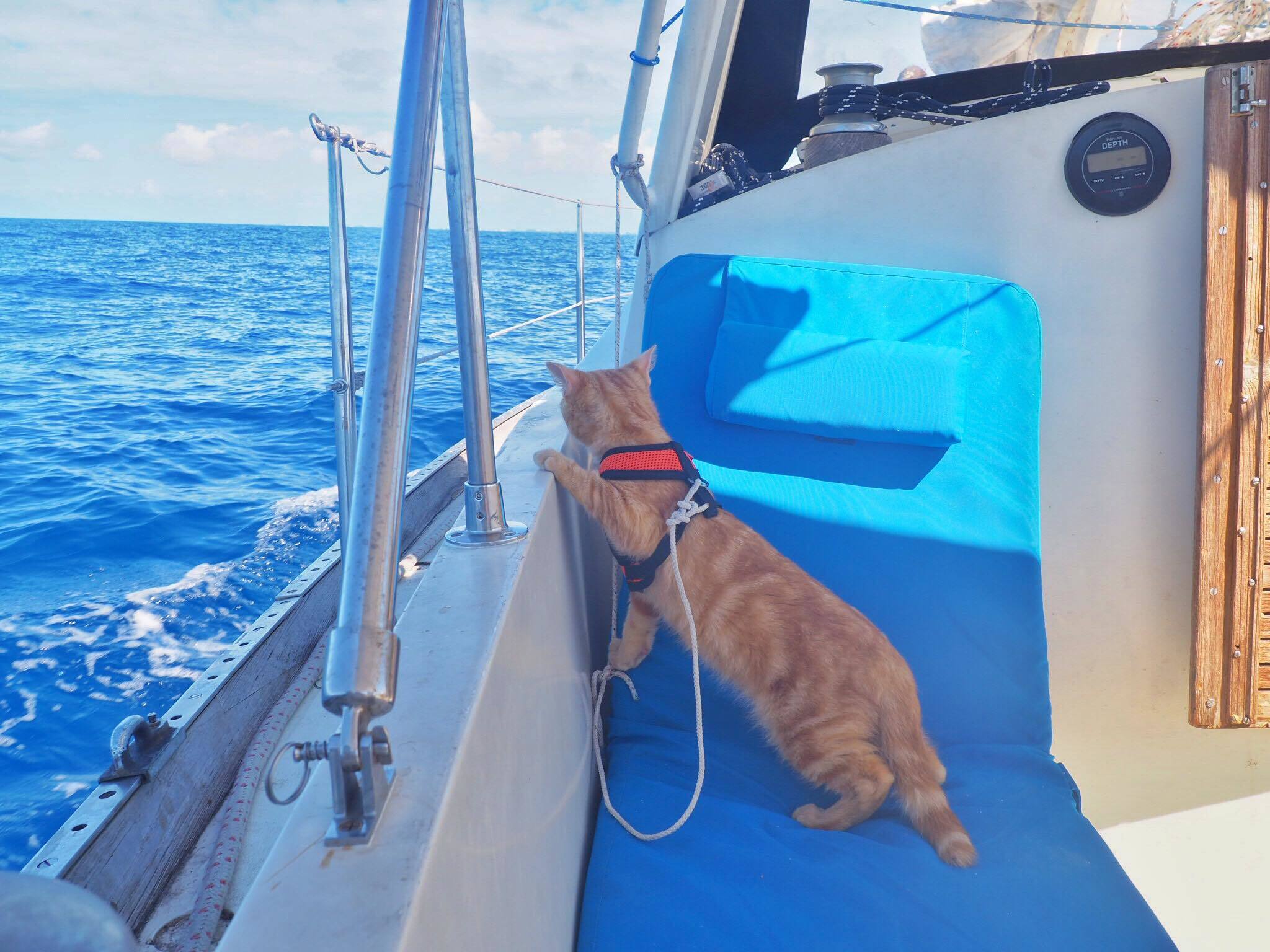 Signal is often poor inside the sailboat so Kach and I have to go out and get wifi somewhere. It is harder for me since I can’t be in two places at once. As you all know, I’m the one doing all the boat repairs. As if the universe heard us, UberSignal reached out to us and sent us their  Drive 4G-X Extreme Marine Signal Booster Kit, designed to capture any available cellphone signal, boost it and then broadcast it inside the boat. 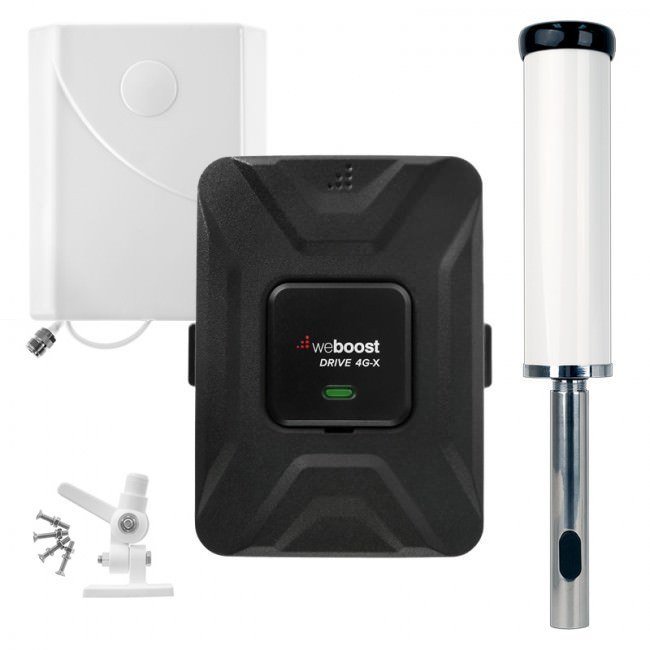 WHAT IS A SIGNAL BOOSTER?

In general, a signal booster is a device which is used to improve a cell phone’s signal reception for better 2G, 3G, or even 4G LTE connectivity. Take note that this device merely improves an existing signal (so it requires at least a small amount of signal from outside) and it doesn’t create one. 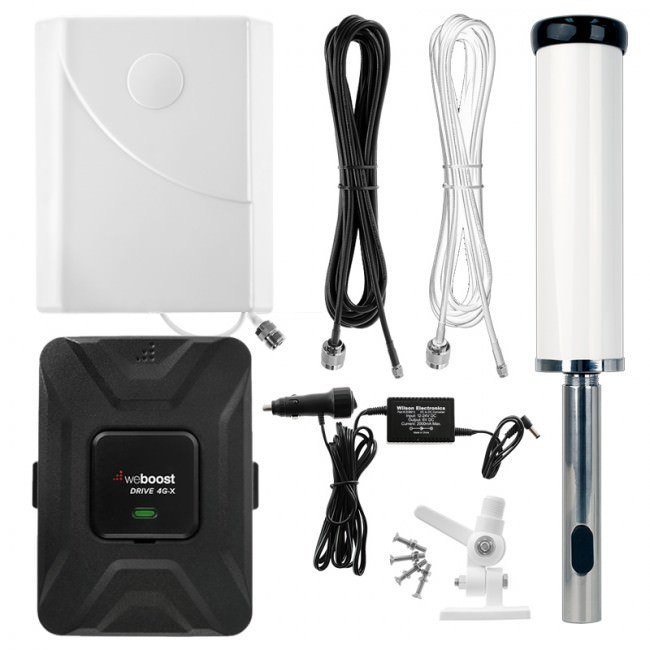 Technically, it works in a way that it takes an existing outside cell signal (despite being weak), amplifies it, and then distributes it to an area inside – be it your house, a business or office space, a vehicle, or in our case a sailboat.

HOW DOES IT WORK? 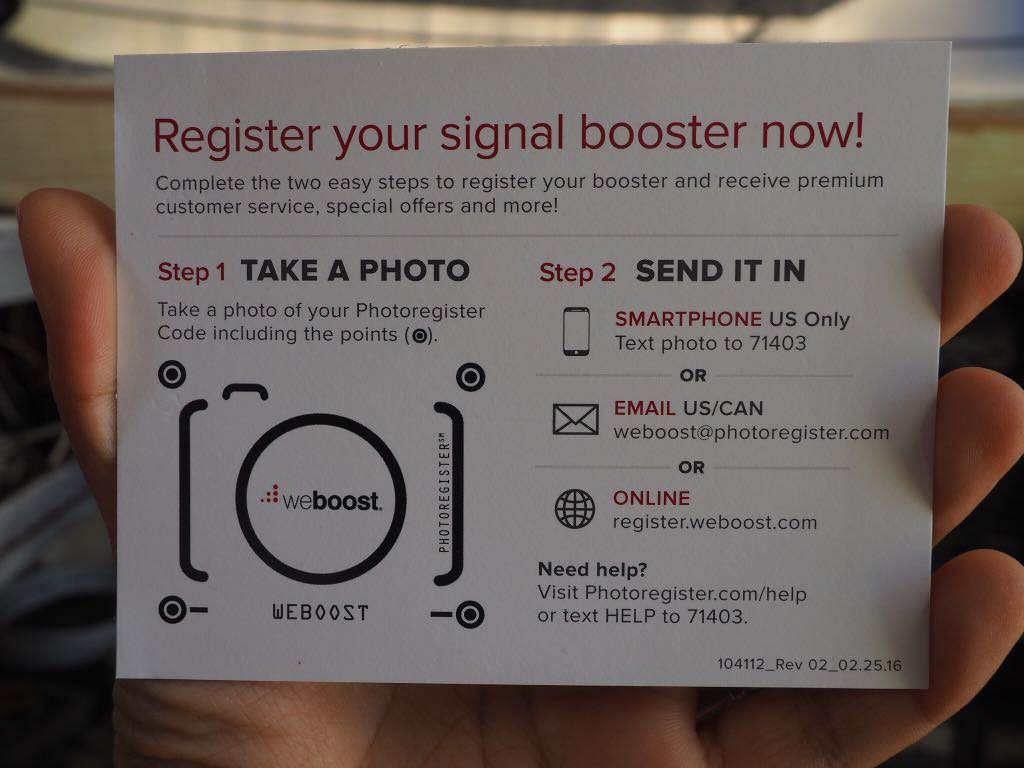 Basically, a powerful antenna is mounted outside on the roof of the area which receives the existing outside cell signal. From there, it passes such signal over a low loss cable to a signal amplifier located inside of the area. The signal amplifier will then boost the existing cell signal, and then pass it over a cable to internal antennas that will broadcast the boosted signal to the inside area that needs the coverage.

ARE THERE DIFFERENT KINDS OF SIGNAL BOOSTERS?

Yes. There are two types of signal boosters that are allowed by the Federal Communications Commission in the United States: stationary and mobile.

Mobile boosters are designed for use in a vehicle and are capped as to the boosting power. Hence, the area of boosted signal that you’ll receive is much smaller, sometimes less than 18 inches to a few feet from the inside antenna. Compared to the Stationary booster, this can be used while both in motion and while stopped, so this is perfect for our sailboat!

DOES UBERSIGNAL OPERATE ON ALL NETWORKS IN THE WORLD?

No. Signal boosters are regulated, of course. UberSignal’s boosters work for all of the current networks on all of the major carriers in the United States and Canada, as well as some of the networks in Mexico. However, due to laws as well as the specific frequencies that they operate on, it could possibly work for some carriers and networks in Latin and South America, but that will depend on what frequencies that those carriers are using for their networks so it is not guaranteed. We’re currently in the Bahamas and it’s helping us get better signal esp during our overnight crossing in the Great Bahama Banks! 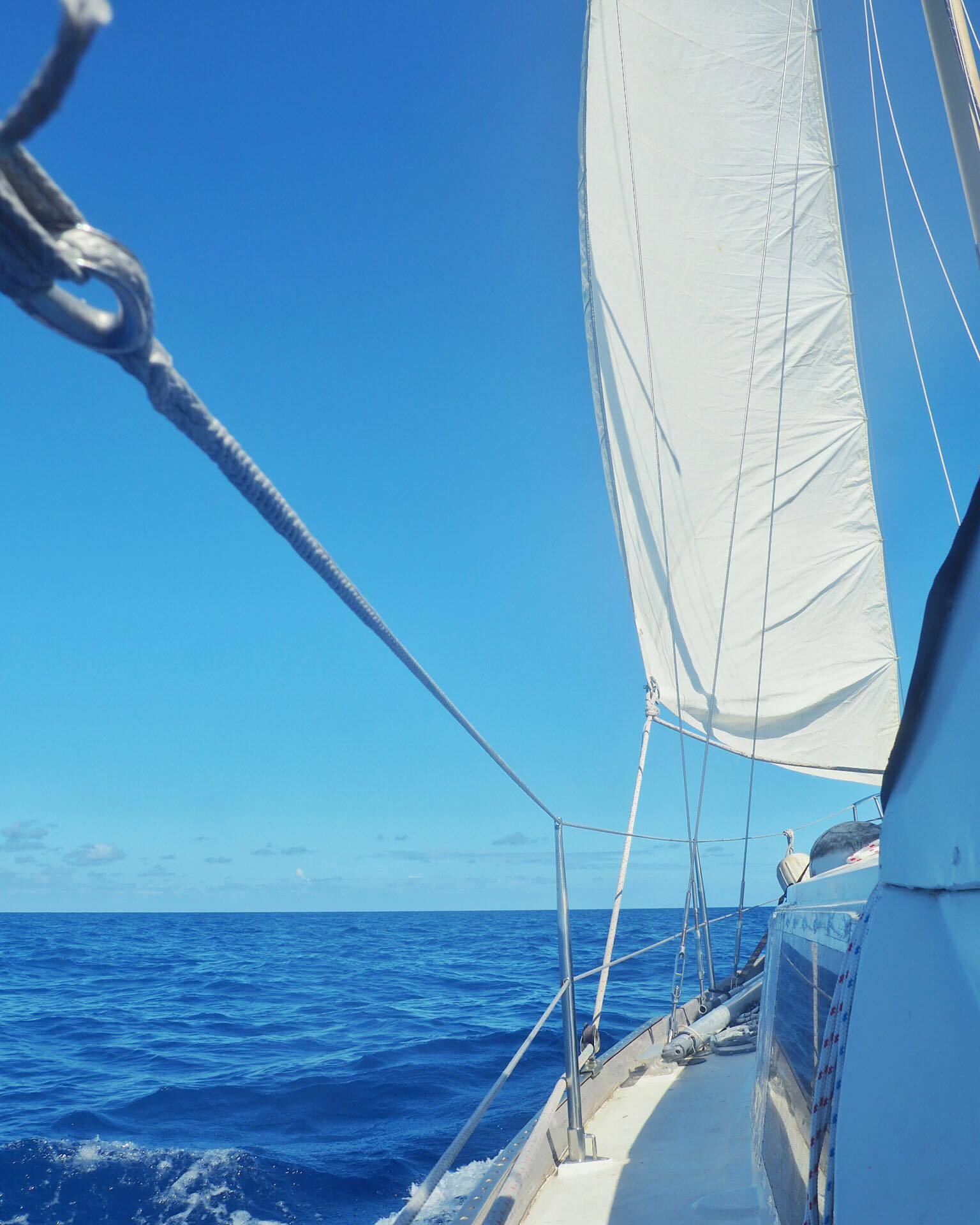 Take note that they will not work for any of the carriers in Europe or Asia, and will only work for the 3G network on Telstra in Australia. 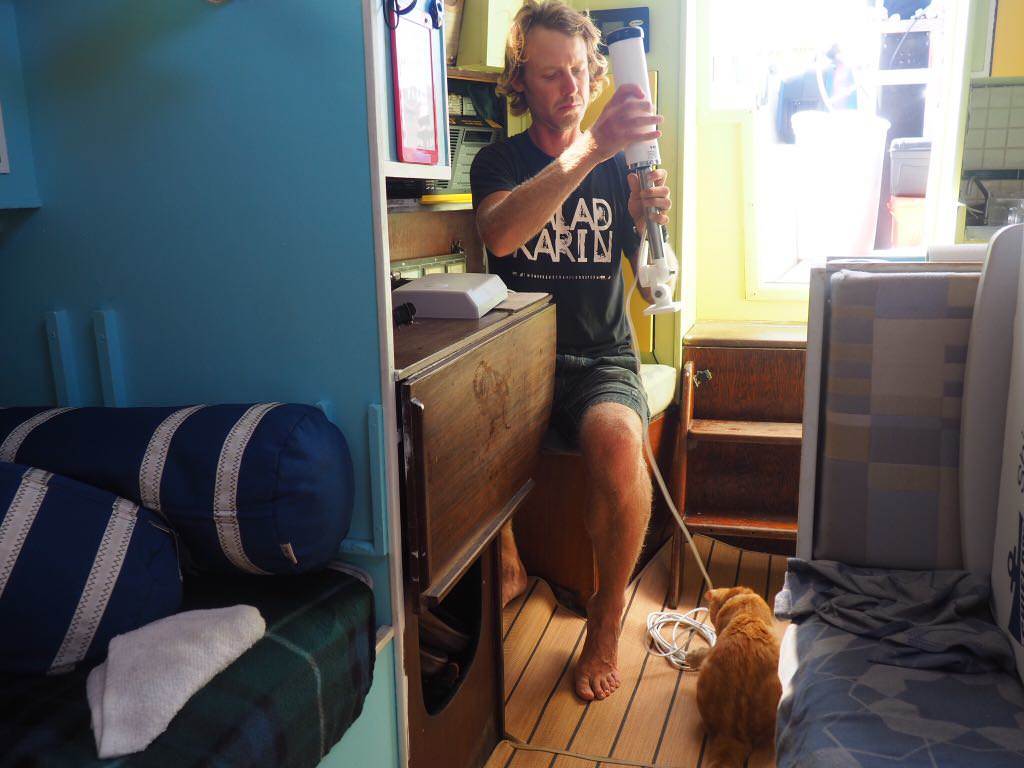 One of the challenges of living on a sailboat is our constant need for a strong signal, especially since we earn our money through blogging (yes we still have to work a lot!) Most of the time, we need to go to the marina or a cafe just to get a good Wi-Fi connection since our 4G is not strong enough inside the sailboat. Good thing that our friends from UberSignal reached out to us to see how they can help. Despite being sponsored, rest assured that we are going to give you an unbiased review.

Choosing the best signal booster for our sailboat: Since we don’t know much about signal boosters, Mr. Dan Morin of UberSignal took time to explain to us what it is all about in an easy way. Actually, most of the details provided above are from him since I can’t think of any better and easier way to explain it! (Thanks, Mr. Morin!) 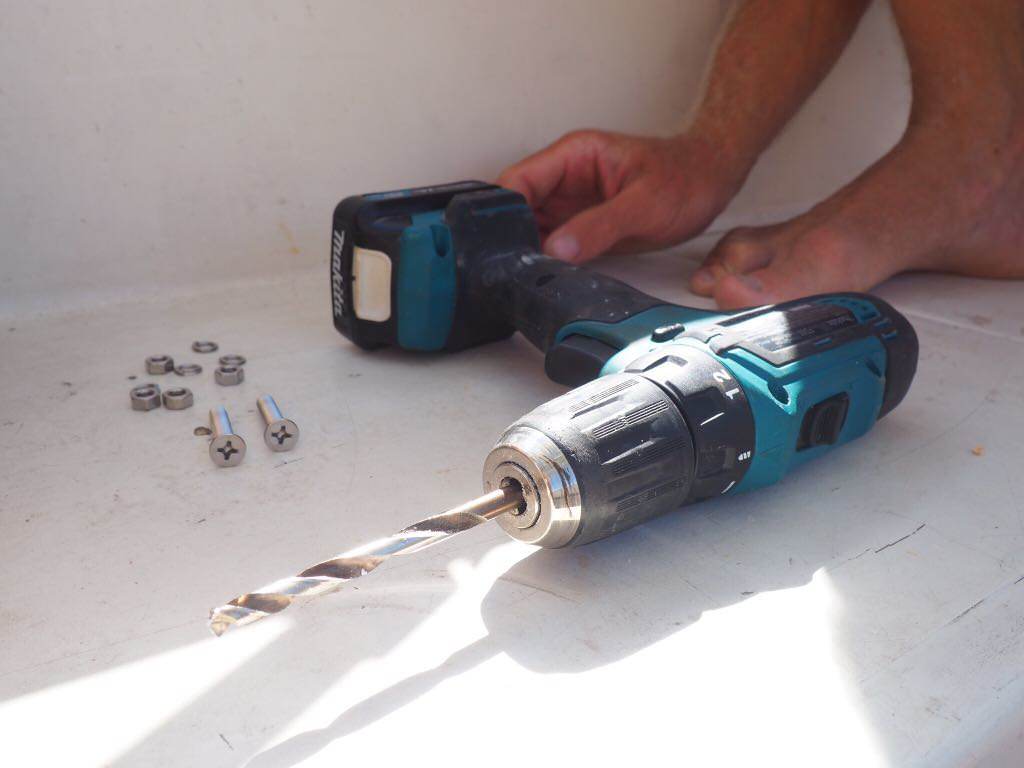 Anyway, choosing the best signal booster for our sailboat which would fit our specification was a challenge but with his help, deciding became a breeze. He told us what to expect and what not to so we wouldn’t be disappointed with the product. He asked us what we wanted and what we needed. After a short exchange of emails, it was then decided that the best for our sailboat is UberSignal’s Drive 4G-X Extreme Marine Signal Booster Kit.  This kit features the Drive 4G-X amplifier, which has the maximum uplink and downlink power allowed by the FCC allowing you to be as far as possible from the land-based cell towers and still have a usable signal. 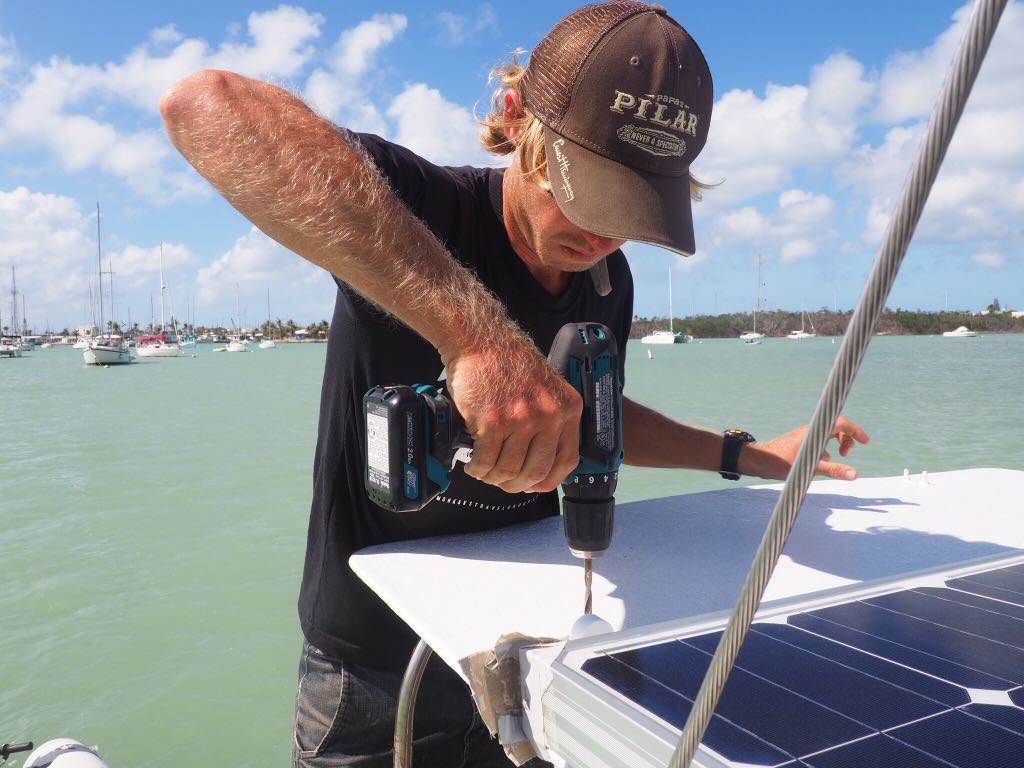 Installation: We managed to install the system just fine while we were at the harbor in Marathon, Florida. Since I am a self-confessed handyman, I found it very easy to install. If you do not have any experience with basic DIY, the installation manual takes you through it step by step. If you need any further help, their outstanding technical support team are happy to assist you. The package includes the Drive 4G-X Amplifier, DC Power Supply, 4G Marine Antenna, Marine Mount, inside antenna, 2x20ft RG-58 Coax Cable and the Installation Manual. 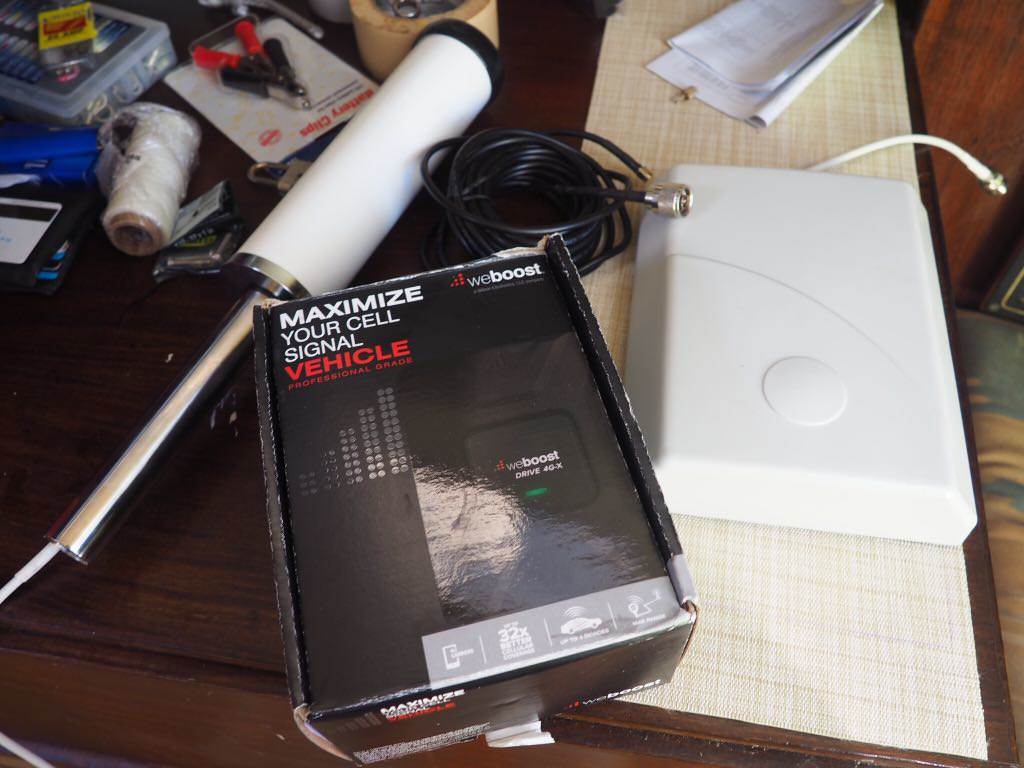 Verdict: It is working very well. Upon installation, there was already a noticeable difference in our cell phone signal. By that, I meant that all of our devices showed a clear increase in the signal of one bar on the screen! Really, one bar is a very big deal for us especially when we have to do everything online (sending emails, doing live videos, updating our IG stories, blogging, etc). Our phone calls are clearer and our data speed is a lot faster.

We highly recommend it especially to digital nomads like us who are based in the US or those who are using Telstra in Australia- We feel you. We need our 3G and 4G connections everywhere!

9 Best Things to Do in Norfolk, United Kingdom – Where to Go, Attractions to Visit

List of the Best Hotels in Arizona, USA – from Cheap to Luxury Hotels