Home » Travel Blog » 7 Awesome Things To Do In Uruguay @nomadicboys

Uruguay is a country you cannot afford to skip from your Latin America itinerary. It has so much to offer, whether it’s surfing beaches, good wine, stunning scenery, delicious steaks and of course marijuana.

Uruguay is one of the most progressive countries in the world and certainly the most in Latin America. It was one of the first on the continent to allow gay marriages, legalise abortions in 2012 and established a welfare state in 1903.

And of course, the marijuana which it’s so famous for since December 2013, Uruguay legalised the cultivation, sale, and consumption of marijuana for recreational use.

Here are our seven awesome things to do in Uruguay following our trip there in September 2016. 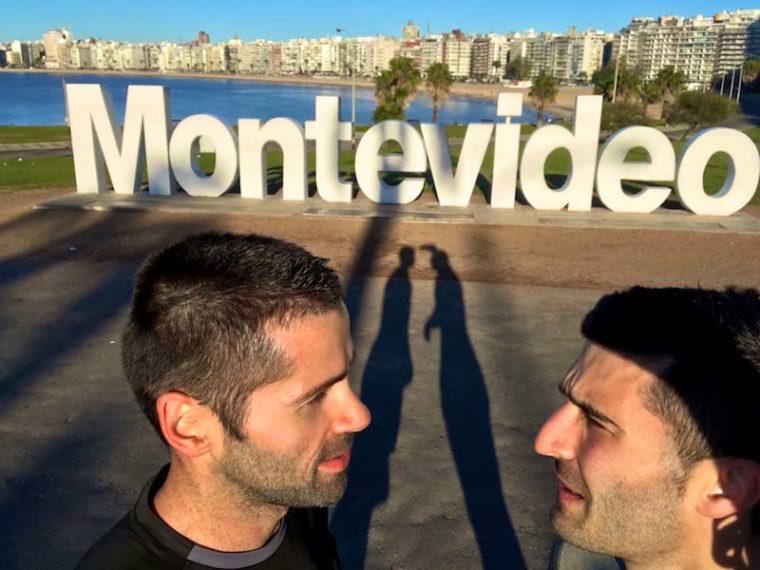 Colónia del Sacramento is a city in Southwest Uruguay and one of the oldest in the country. It is famous for its picturesque UNESCO World Heritage Site old town with small cobblestone roads surrounded by thick fortified walls. A few of the highlights in Colónia include:

Uruguay has its own unique cuisine. In most parts, it’s very similar to Argentinian with the same style of Asado barbecues and predominance of meat. However, it also has some unique foods and drinks we’d never encountered before, in particular: 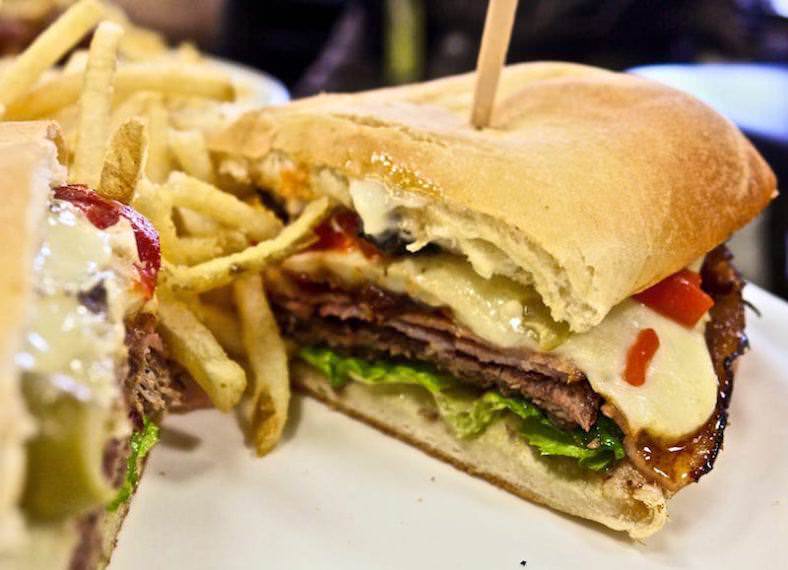 Chivito translates to small/baby goat. It originated in the 1960s in a restaurant in Punta del Este when a customer from Argentina ordered a chivito roasted goat dish. The restaurant owner didn’t have any goat meat to hand, so he instead served up a toasted bread sandwich with ham, steak, seasoning and various ingredients. The customer loved it so much that the restaurant started replicating it for other clients and voila, the national dish was born! 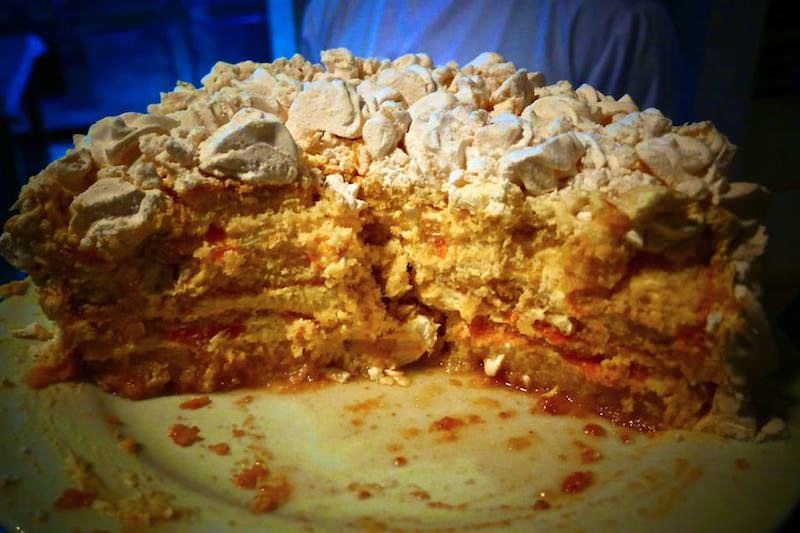 It was invented by Orlando Castellano, owner of a tearoom in Paysandú, Northern Uruguay in 1927. He prepared this very sweet concoction, invited his friend to try, who responded saying it was light and soft, just like the South American indigenous Chajá bird (also called silent screamer). The light, airy texture of the dessert resembles the fluffy exterior of the chajá bird. 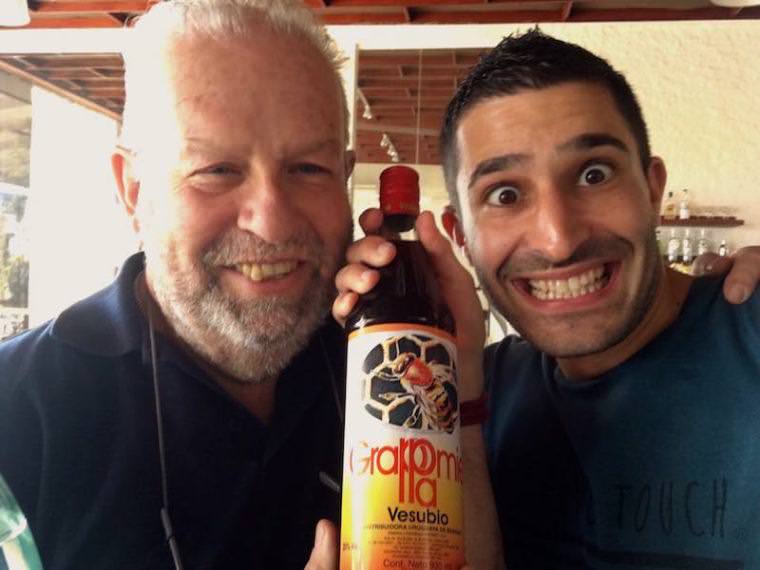 In Uruguay, Miel (honey) is added to grappa, and thus you have grappa Miel, a yummy sweet tasting drink. Other variations include grappa con limon (with lemon) and grappa con butiá (fruit from the palm tree).

3.Learn to dance the tango in Montevideo

Most people associate tango with Argentina. However, both Uruguay and Argentina are responsible for this sultry dance. 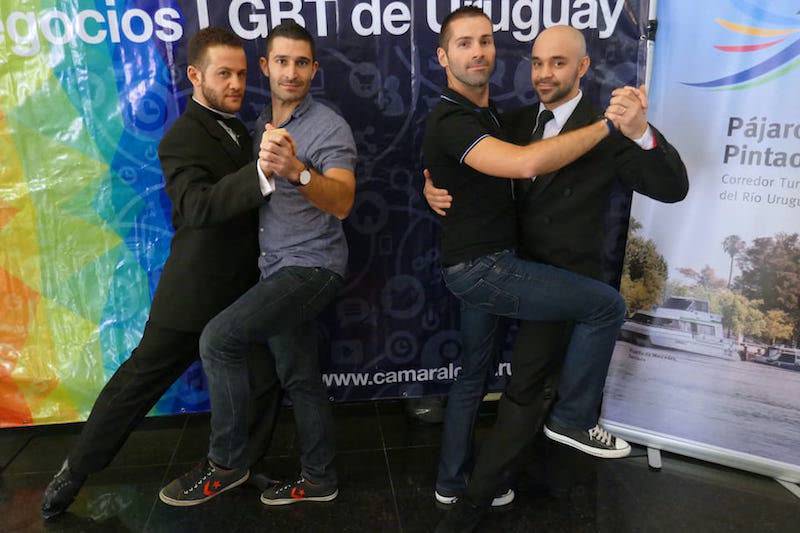 The tango was in fact invented by the urban lower classes in both Buenos Aires and Montevideo in the Rio de la Plata basin, which forms the natural border between the two countries.

It became so popular that in 2009, both countries successfully applied to include the tango in UNESCO’s Intangible Cultural Heritage Lists. Source: Unesco 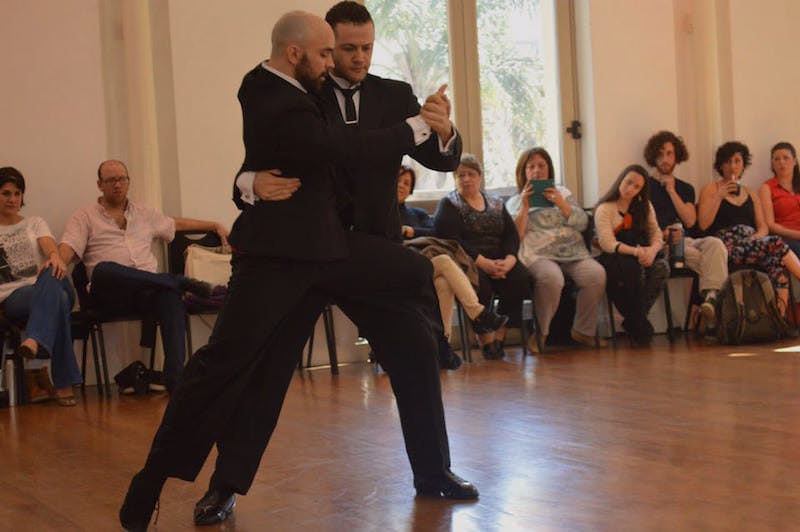 Tango classes are offered throughout the country, but our favorite was at the iconic Teatro Solis in Central Montevideo, where they even offer classes for same-sex couples. You can learn more about it in our article about queer tango in Montevideo and gay life in Uruguay.

Cabo Polono is a hamlet located on the Eastern coast of Uruguay in Rocha. It’s a settlement of around 95 people in a National Park, right on the tip of a peninsula. 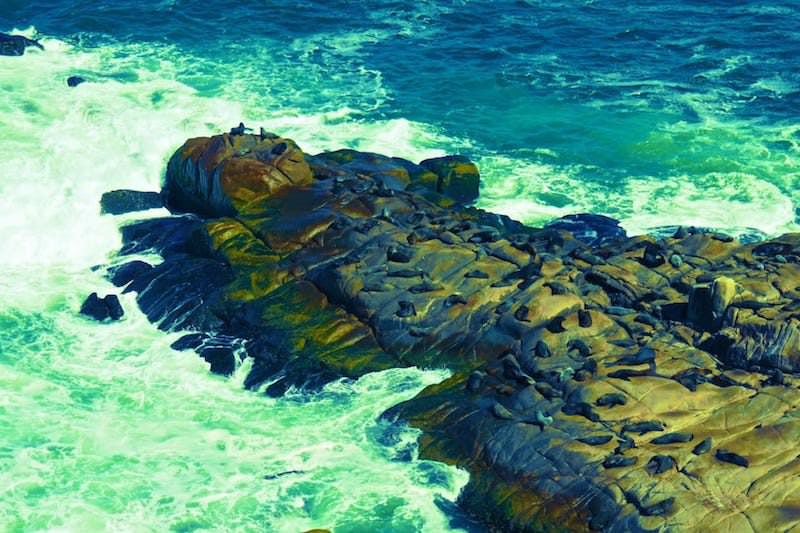 It’s a fascinating place to visit and very bohemian. It’s popular with travelers and worth visiting as a day trip or an overnight stay.

There are no roads, and you have to reach it via a 7km truck drive through the sand dunes. 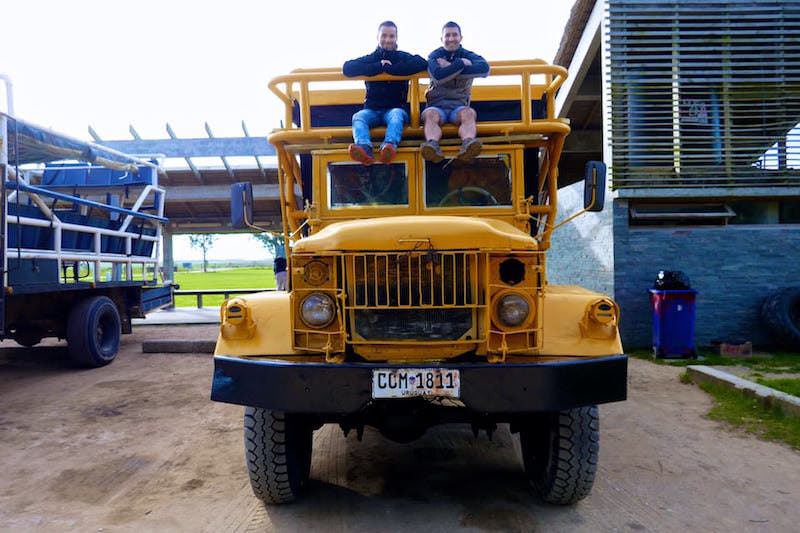 The town is decorated with lots, of interesting street art, and at the top end, the famous lighthouse stands over boulders tumbling into the sea. You can climb the lighthouse and get some pretty spectacular views. There’s also a colony of resident sea lions on show ready to pose for your picture as they bask in the sunshine.

5. Try Uruguayan wine at a Bodega

Uruguayan wine: bet you didn’t even know it existed? We sure didn’t! There’s a massive wine industry in the country with over 20,000 acres devoted to it. 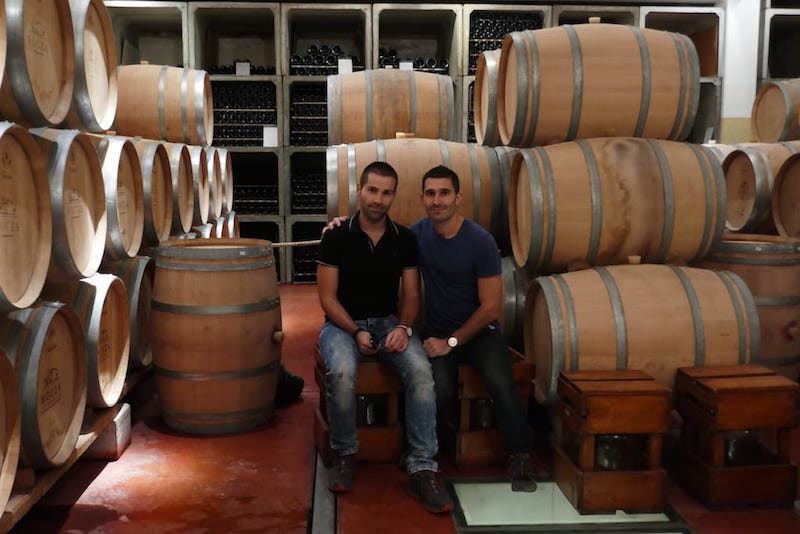 Uruguay is one of the top 5 wine producers in South America along with Argentina, Chile, Brazil and Peru. The Tannat grape is the most famous.

The Canelones region around Montevideo has the most concentrated wine production, where you can visit wineries like Bodega Bouza as part of a day trip from the capital city.

6. Dance candombe at the Carnival

Candombe is an Uruguayan folk dance, which originated from the African slaves in the country during the 1800s. It’s now a prominent part of the country’s carnival parade taking place in the streets of Montevideo every February.

The folk dance is a fusion of African traditions with choreographies, wild rhythms, improvised steps and energetic, semi-athletic movements. Candombe was also inscribed in 2009 on UNESCO’s Representative List of the Intangible Cultural Heritage of Humanity.

The music is performed by a group of drummers called cuerda, and the performance involves three types of barrel-shaped drums being played:

Carnival Week in January/February is considered the annual national festival of the nation and candombe takes center stage.

Punta del Este is THE place to come to party, especially during the summer months, December to February. Everyone comes here, surfers, beach hotties, Brazilian millionaires, the high society from Buenos Aires. It’s so popular; it’s often referred to as The Hamptons of South America. 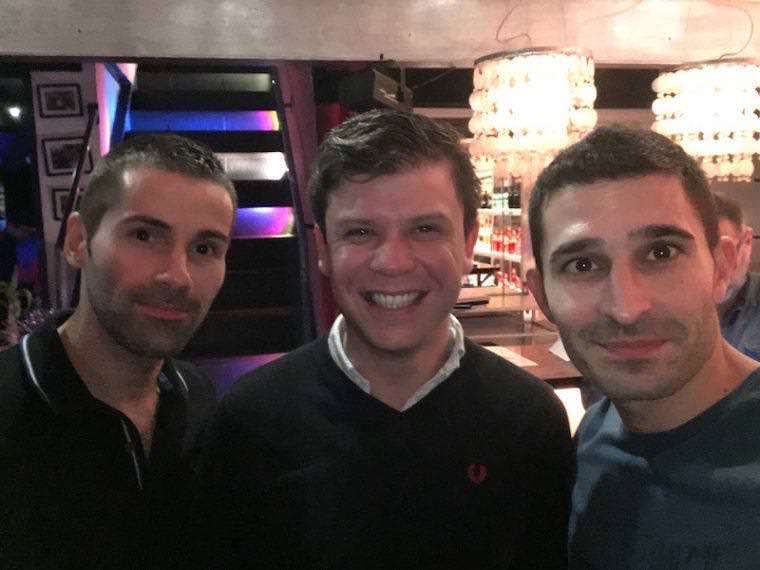 Punta del Este is famous for being an international beach resort, especially during the summer months of December-February when you can do parasailing, waterskiing and jet skiing. It’s the perfect place for partying with many bars and clubs. 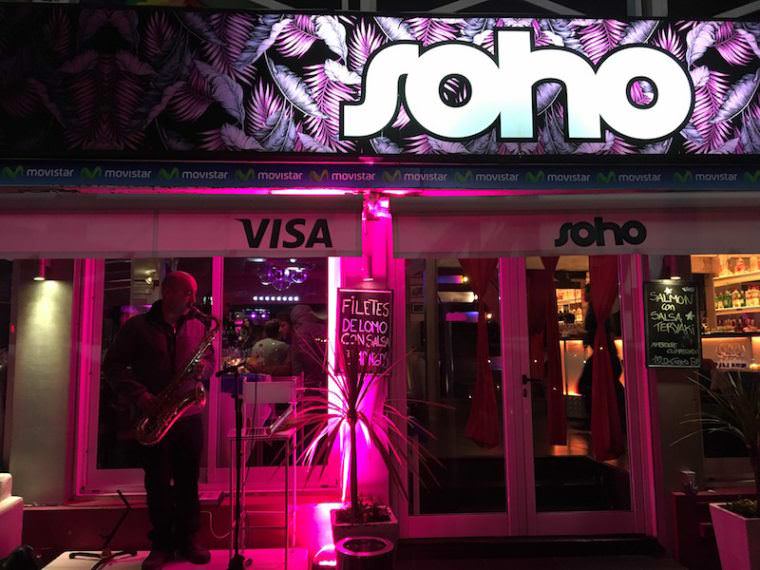 The port area in Punta del Este is the most happening part of the city with restaurant/bars becoming the fashion. One of our favorite hangouts includes Soho Bar, which serves up delicious cocktails. Another popular event in the city is the annual Punta Pride, which takes place in February.

Where to stay in Uruguay? 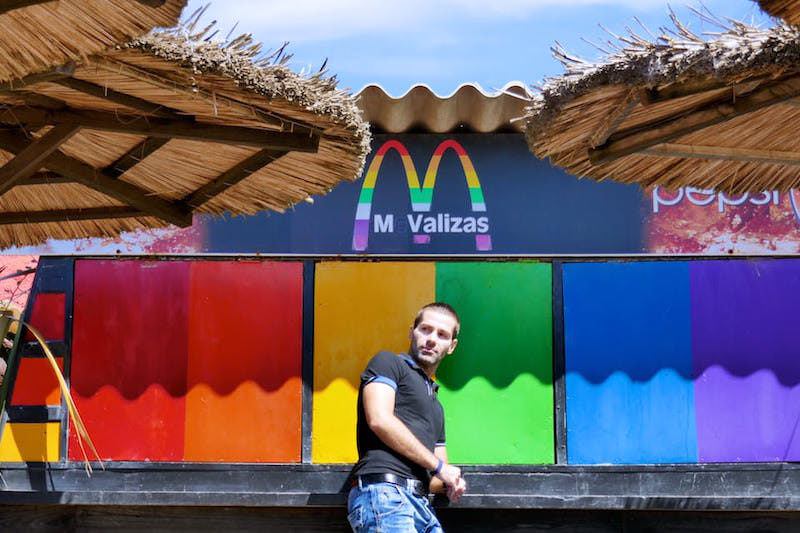 This property is 7 minutes walk from the beach. Located on the main avenue, 100 m from the beach. The rooms in Valizas provide either private or shared bathroom facilities. The bus stop is 300 m away. 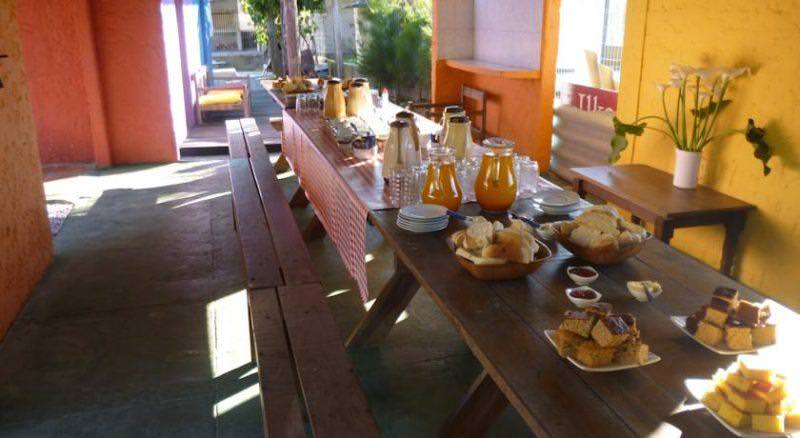 Valizas Hostel offers free Wi-Fi and breakfast in Rocha. A garden, solarium, and BBQ facilities are featured. Guests can order snacks at the bar or relax on the terrace. 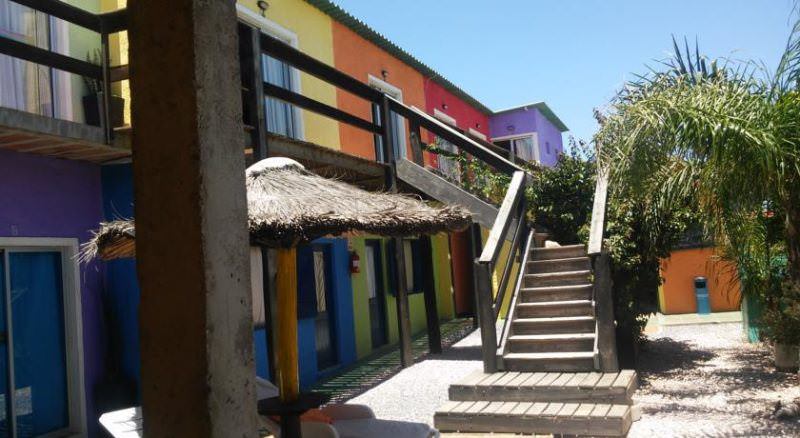 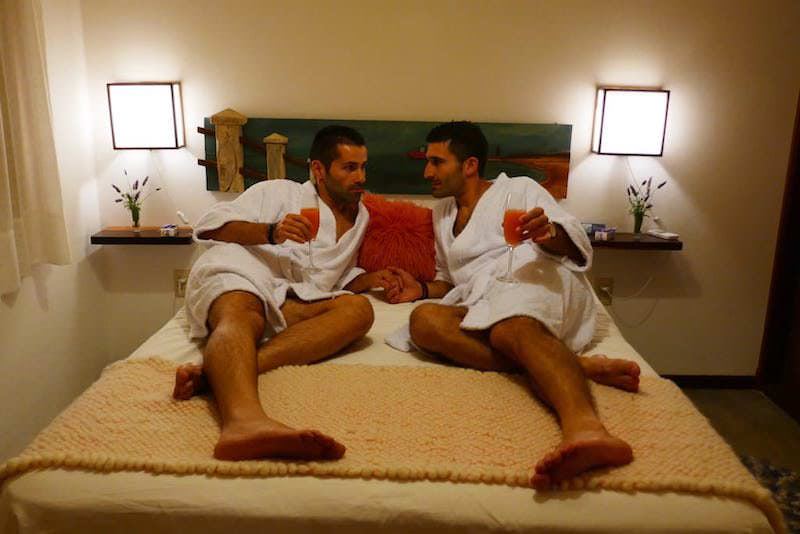 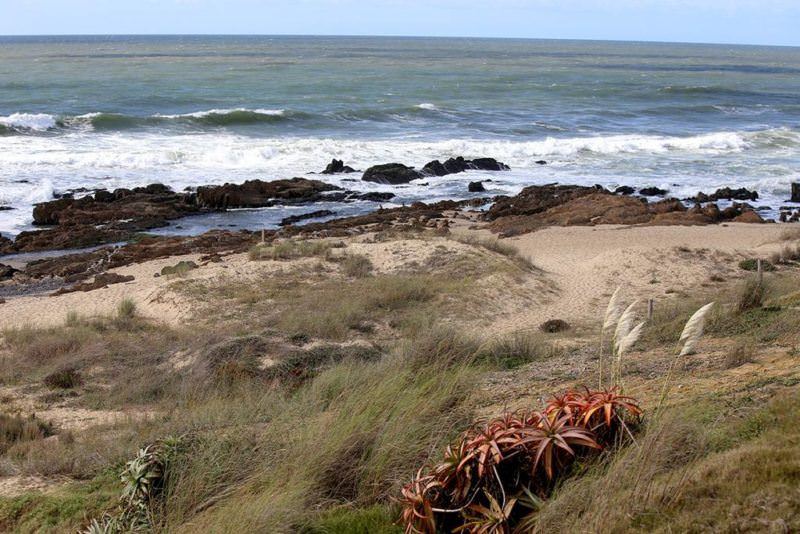 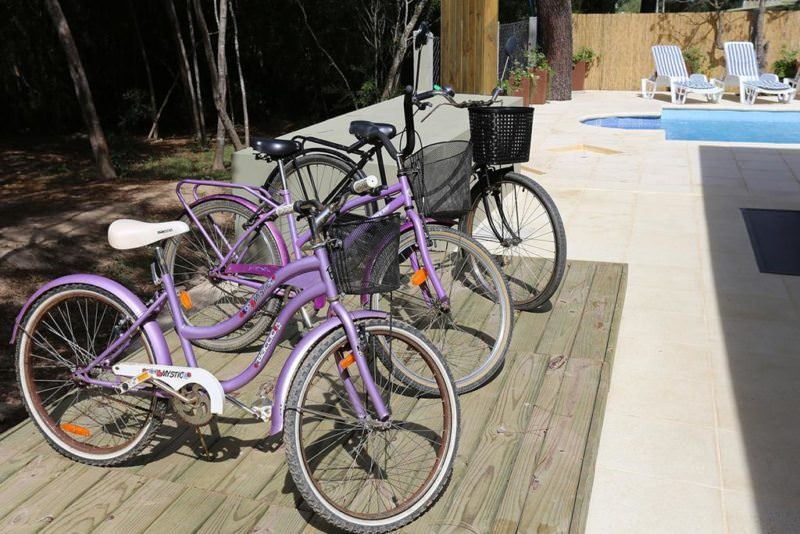 Offering a year-round outdoor pool and views of the sea with free use of bicycles is available on the property, and the area is popular for cycling and fishing. 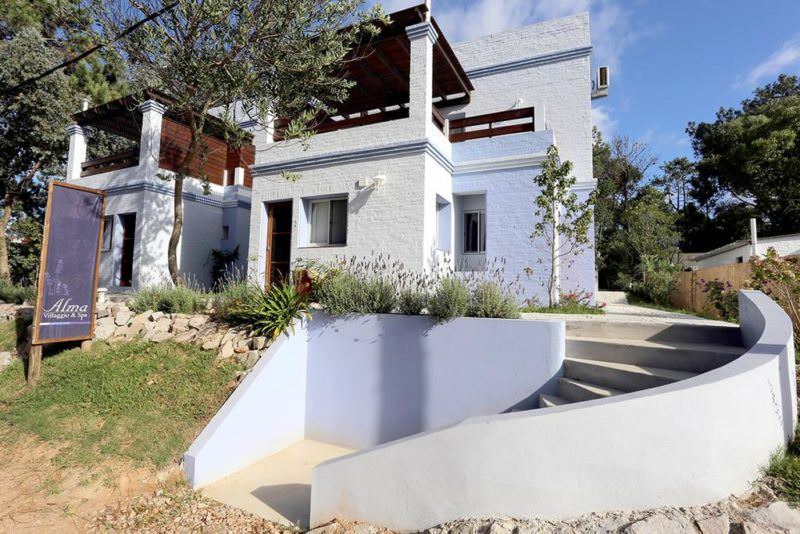 All units include a dining area and a seating area with a flat-screen TV. Some units have a terrace and balcony. There is also a kitchen, equipped with an oven, microwave, and toaster. A fridge and stovetop are also offered, as well as a coffee machine. Every unit is fitted with a private bathroom with bathrobes. 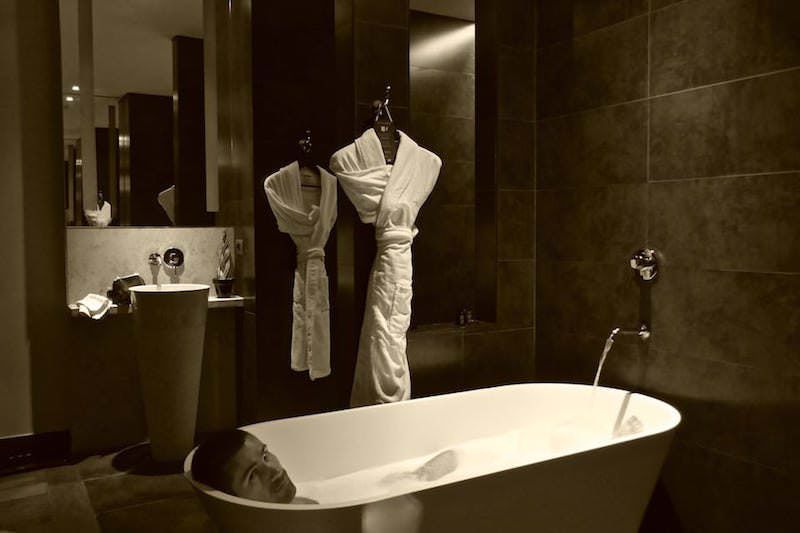 Sofitel Montevideo has elegant air-conditioned rooms with private bathrooms and free toiletries. Boasting spa and gym facilities, and both indoor and outdoor swimming pools,  and has chic rooms with free Wi-Fi. 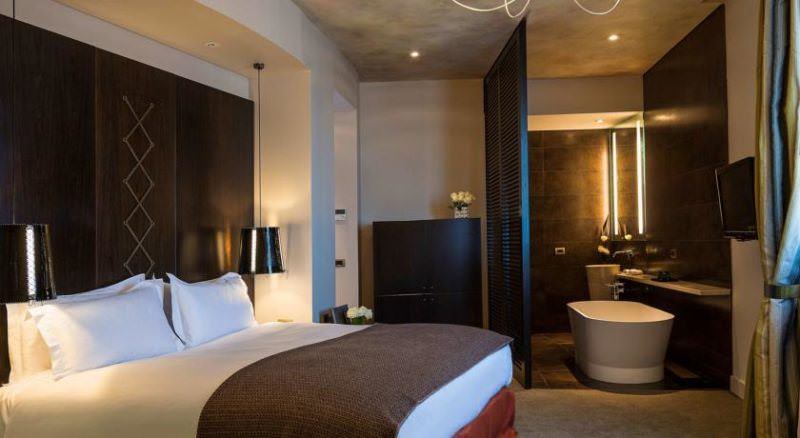 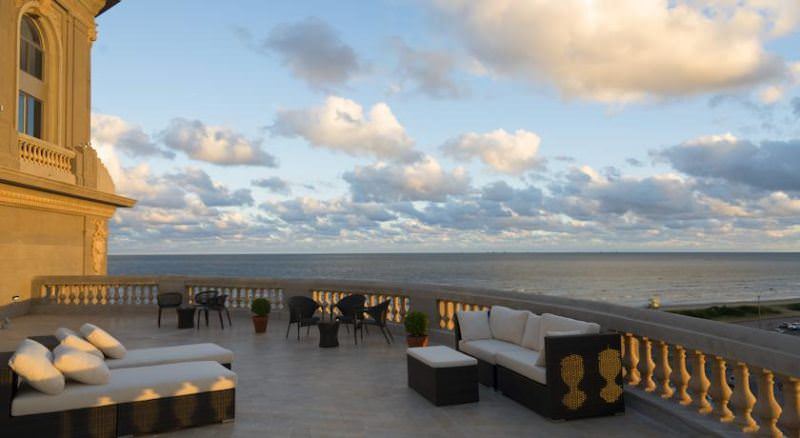 Carrasco is a great choice for travellers interested in coastal walks, beach walks and tranquillity. 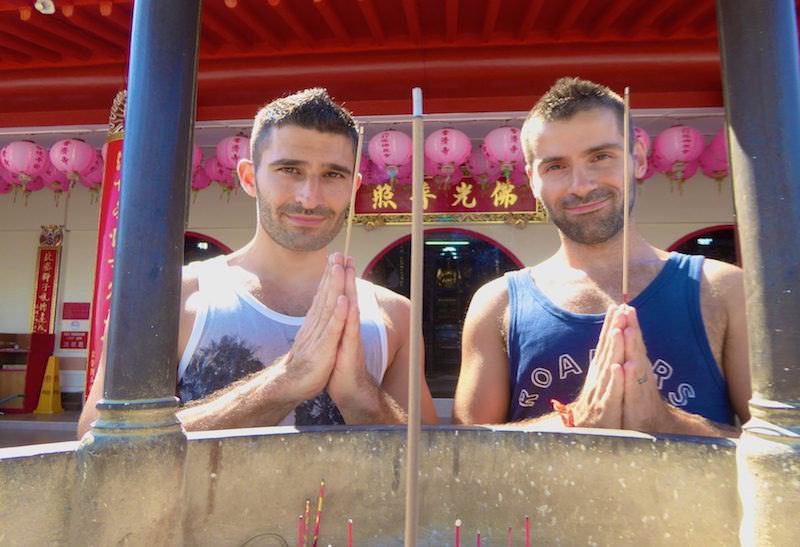 Nomadic Boys are gay couple Stefan and Sebastien traveling the world since they left their jobs and lives in London in 2014. They are currently traveling around South America, and you can join them on their next luxury cruise to the Galapagos Islands in October.

6 thoughts on “7 Awesome Things To Do In Uruguay @nomadicboys”

10 Tips on How to Successfully Haggle in Asia