Home » Travel Blog » Reasons Why I would Go Back to Vietnam

This article is a guest post by Barbara Isla.

I was sent to Vietnam early December to attend the Coca – Cola’s Blogger Visit that will showcase their Ekocenters in the country which you can read more from my other posts.

As most of you know, Vietnam is located in the easternmost part of the Indochina Peninsula in Southeast Asia. I haven’t been to Vietnam so I gladly took the opportunity for a 5 – day visit. You can say that it was timely because days before I got the invite, my dad and I were watching a documentary about Vietnam. Call it fate or coincidence but it’s as if something is preparing me for that trip.

And so, the much – awaited press trip came.

I had an early flight via Philippines Airlines. A funny thing that I have to share is that I almost missed my flight! You see, I was at the airport at 3 AM and didn’t get enough sleep. So when I stayed in the Mabuhay Lounge, I dozed off! Good thing that the people from the lounge woke me up because I didn’t hear my name being called by the ground staff!

It was more or less, 2 and ½ hours travel from Manila to Ho Chi Minh. I have to confess, I’m not your regular traveller that can easily navigate herself in airports. Glad that the one from Ho Chi Minh is not as massive like the ones from Osaka and Hong Kong. It was a breeze getting through the immigration and it took me less than 2 minutes to see the hotel’s representative from Park Hyatt Saigon. 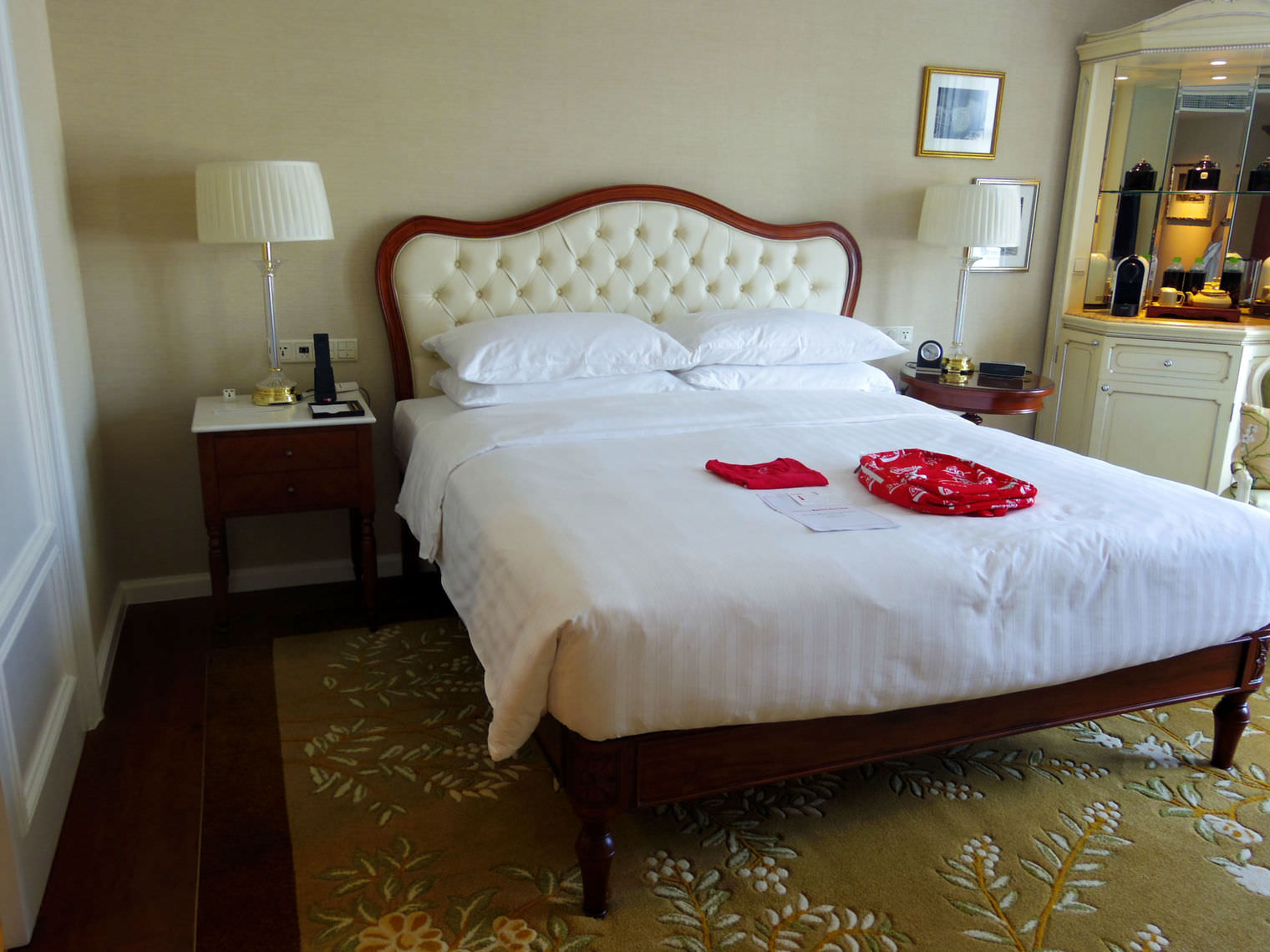 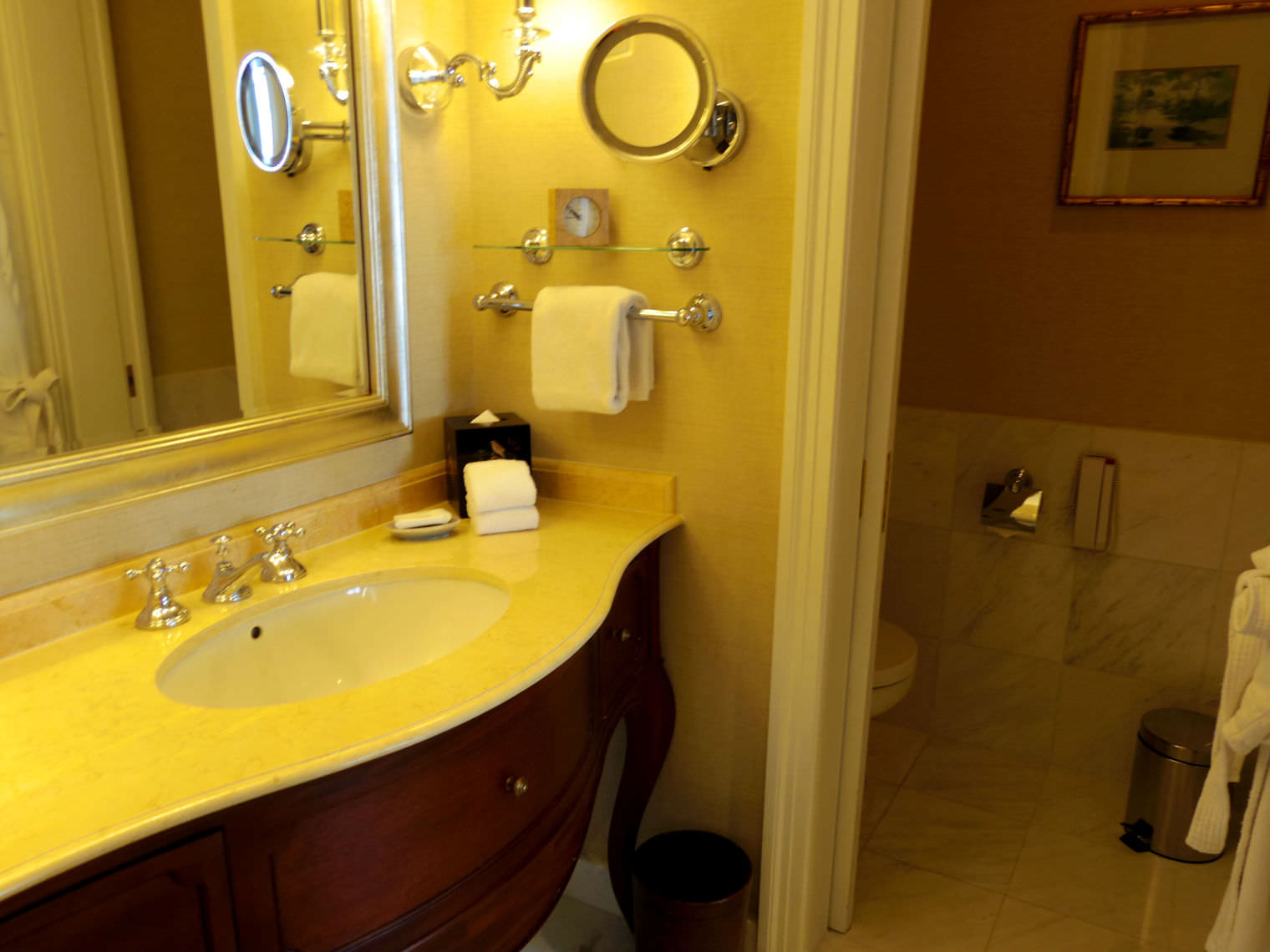 My ride from Ho Chi Minh Airport to the hotel

I stayed in Makati, Philippines for years so I’m pretty much used to the traffic. Quite frankly, the one from Ho Chi Minh was bearable. I wasn’t annoyed and in fact, I used the time to observe the locals and the environment. I noticed how everything is quite similar to my home and I thought that it wouldn’t be hard to adjust. I was right – in fact, after seeing more of the country, I fell in love with Vietnam! Here are the reasons why.

1. The culture is undeniably interesting

During the visit, we were able to have a glimpse of Vietnam. We went to Mekong Delta’s Islets and Cu Chi Tunnel.

At first, I was scared to ride the boat on our way to the Mekong Delta’s Islets. My expectation was that it was going to be a rough river ride. But when we reached the river, I already knew that it was going to be a smooth one! And I was right. We were fortunate enough to see how the local coconut candies were made. I bought a bag for myself and ended up having a semi – sore throat the day after. It is that ADDICTIVE. 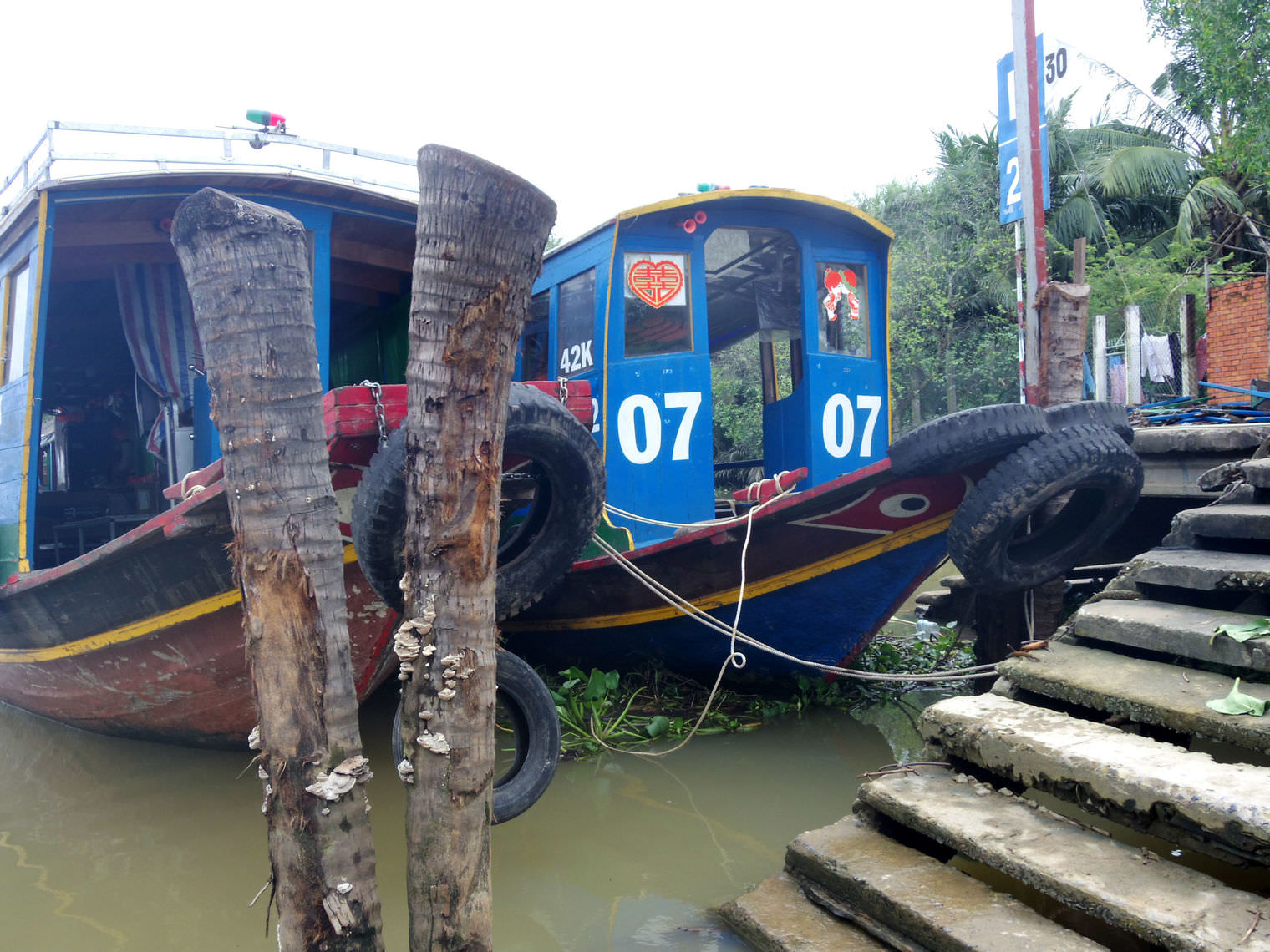 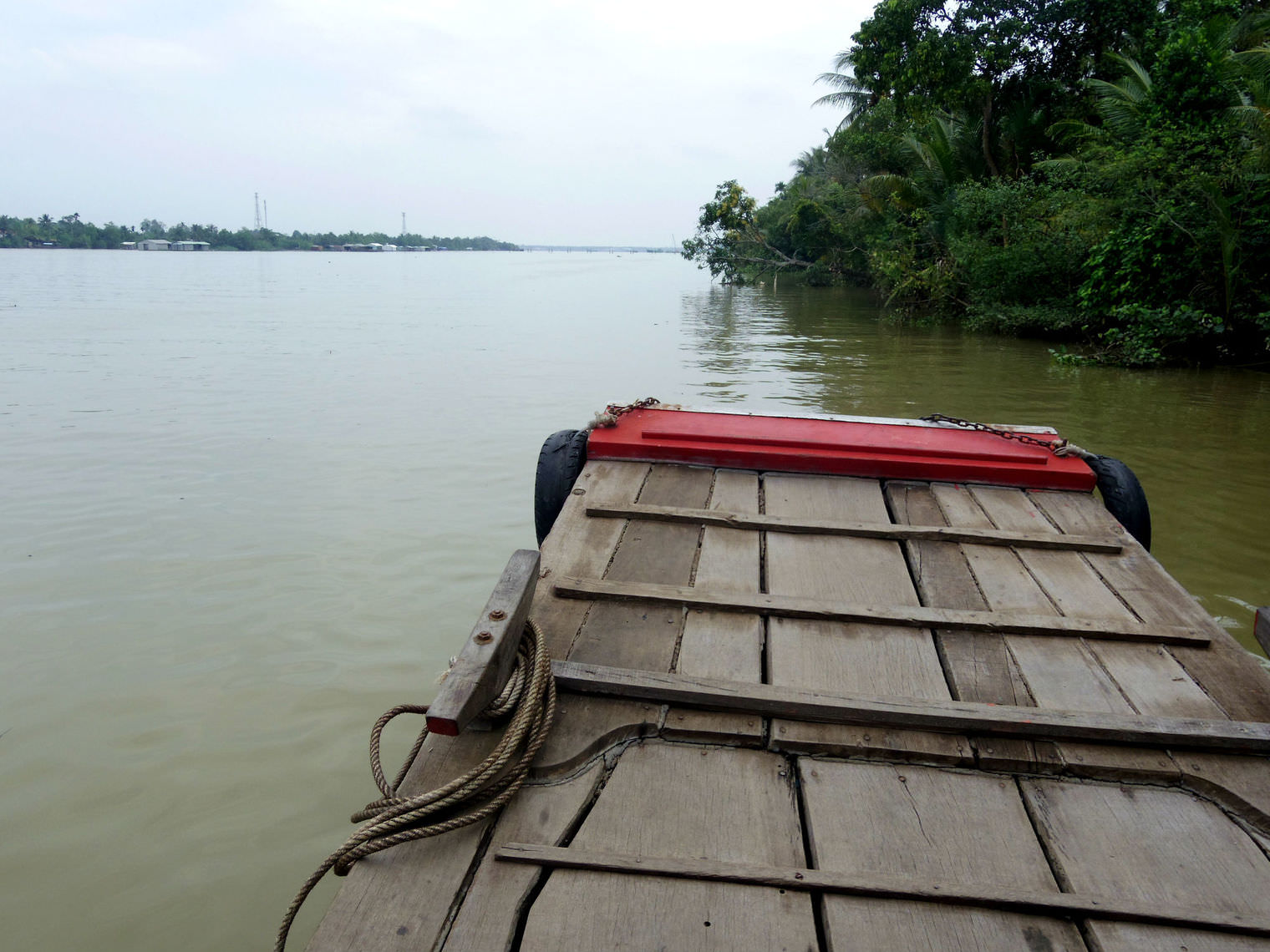 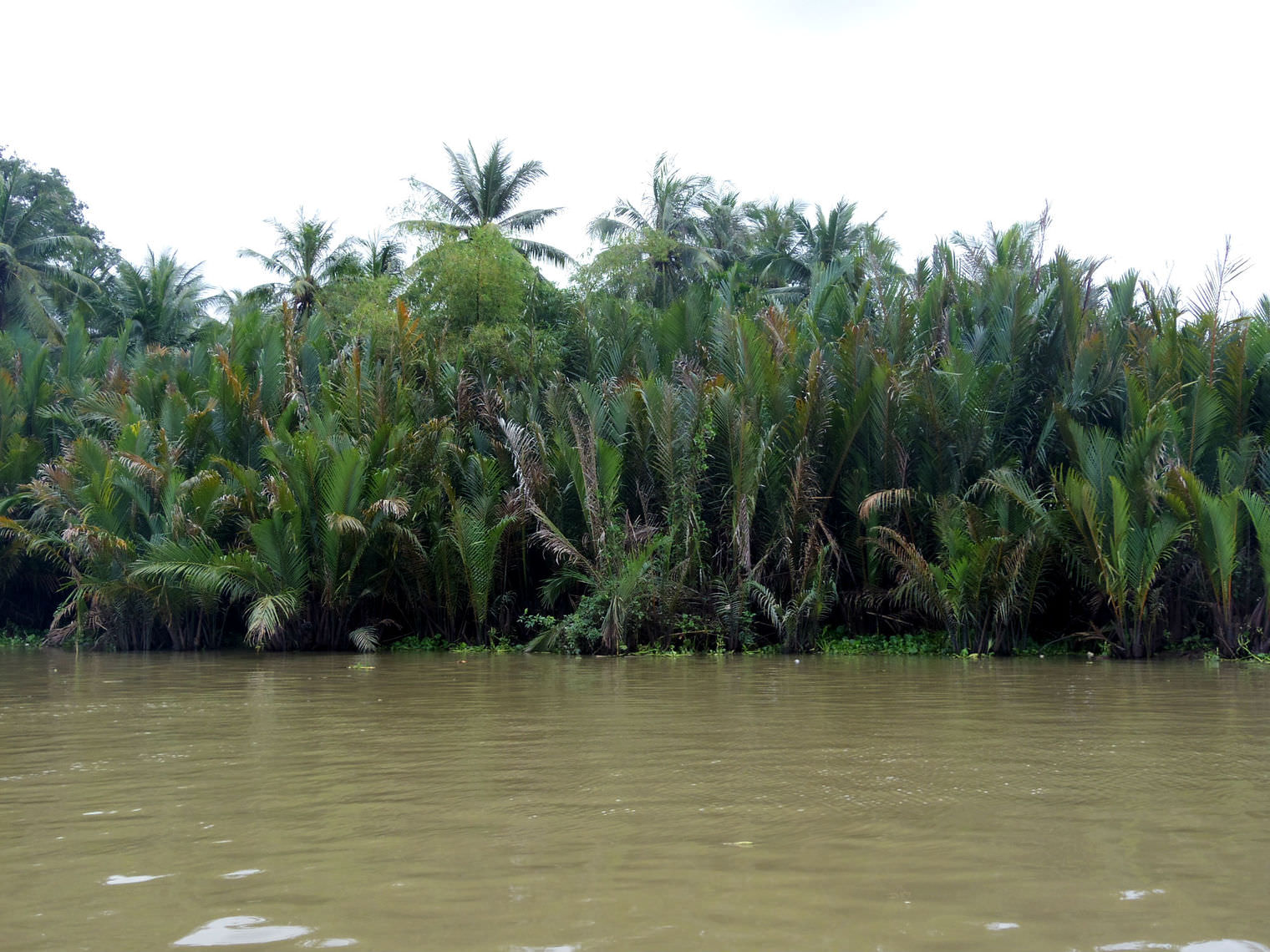 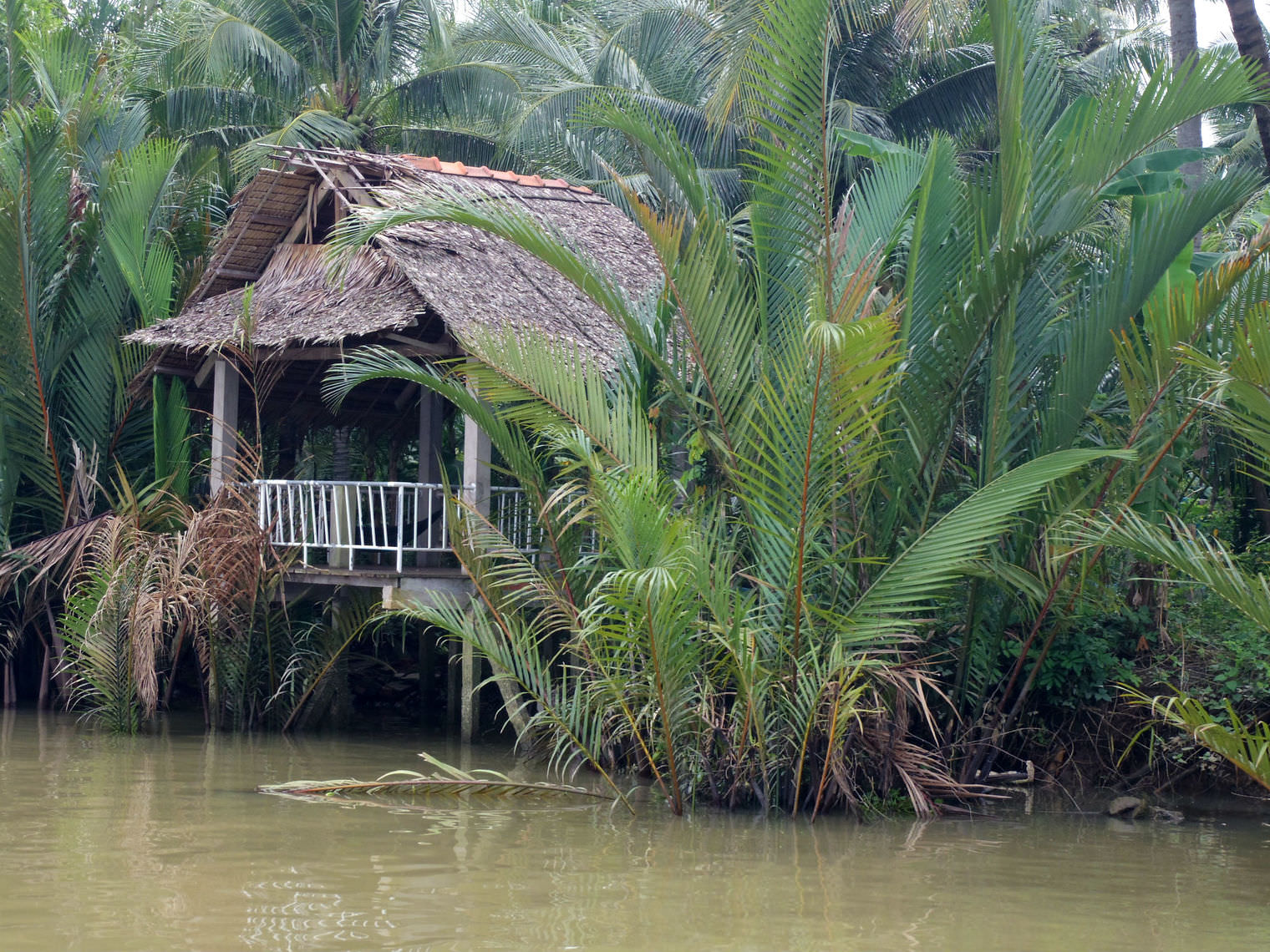 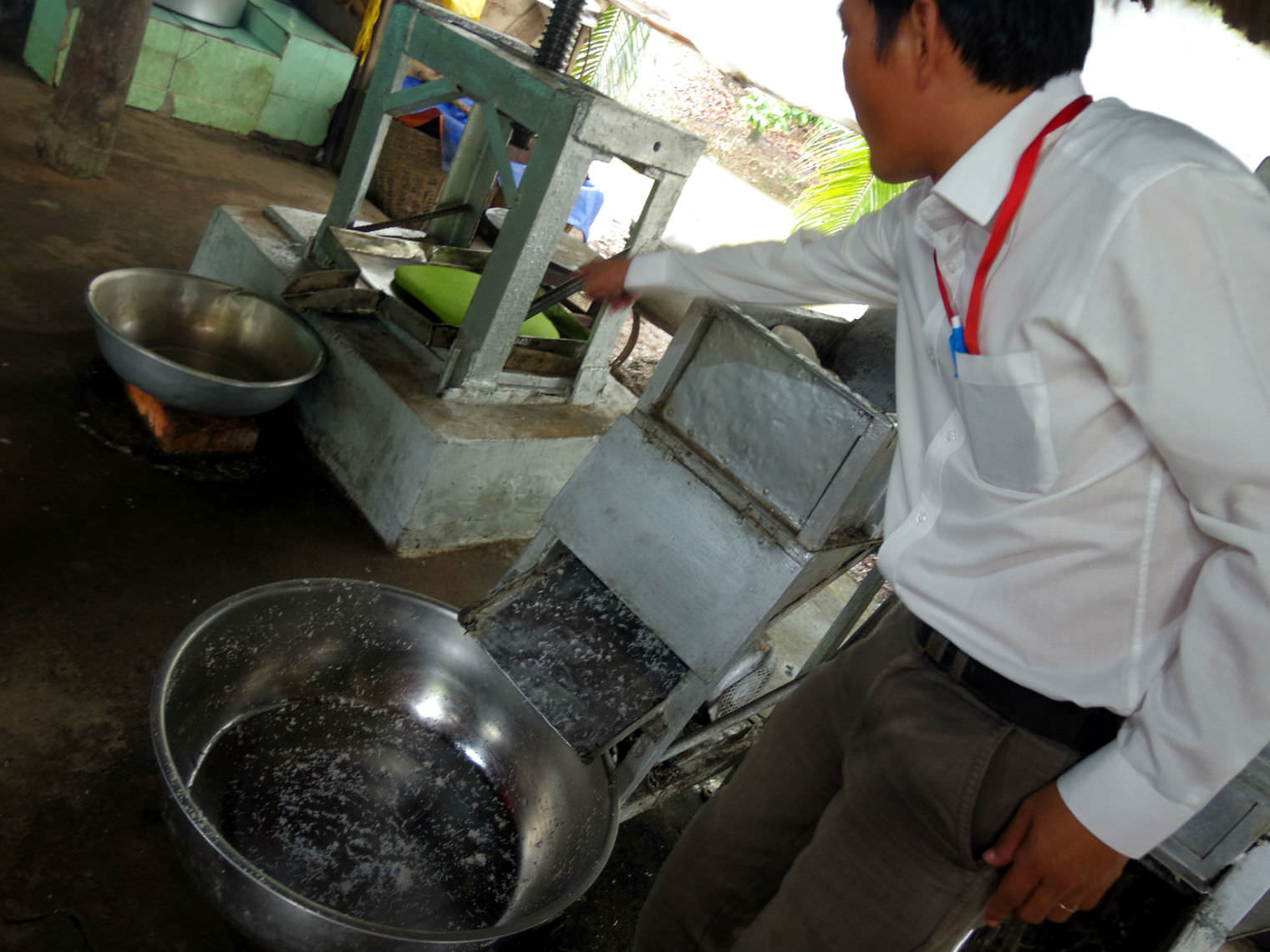 The following day, we went to Cu Chi Tunnel, which I must say made me fall in love with Vietnam’s culture and history. Cu Chi Tunnels is a network of connecting underground tunnels used by the Viet Cong soldiers during the war. We braved few of its tunnels and our tour guide shared with us that these used to be smaller and darker back in the days. We asked if he is familiar with all the pathways and if they are still using it to this day. His answer struck me hard. He said, “No. Once is enough.” Our tour guide was only 2 years old when the war ended but I felt that he was scarred for life. When the other bloggers were busy taking photos, I took my chance to ask the guide on his thoughts on how they won the war. He then gave me another great answer – “We didn’t have the machines, but we had our spirits.” It reminded me of Philippines’ own struggles with its colonizers. I thought again – we have so much in common. 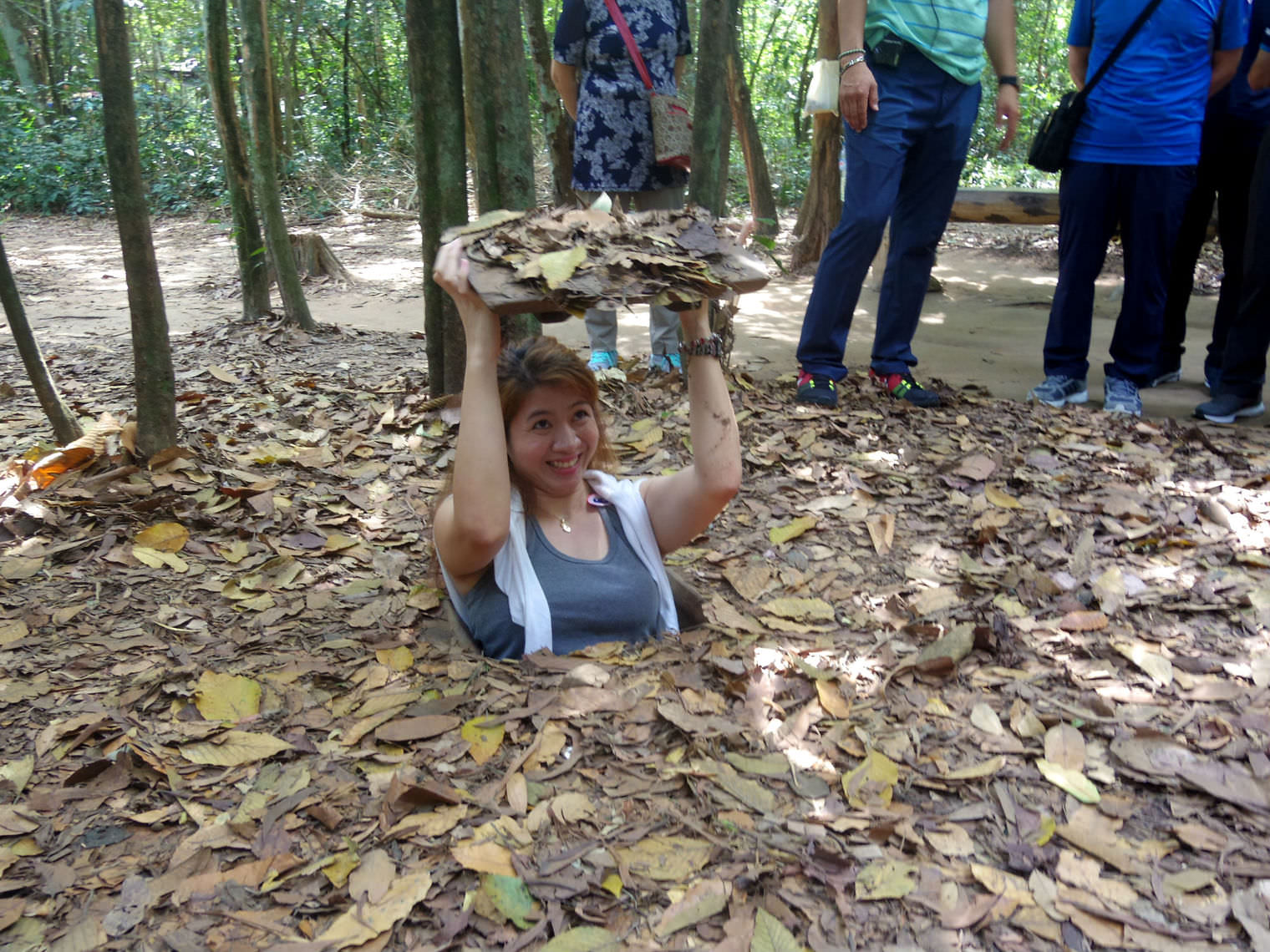 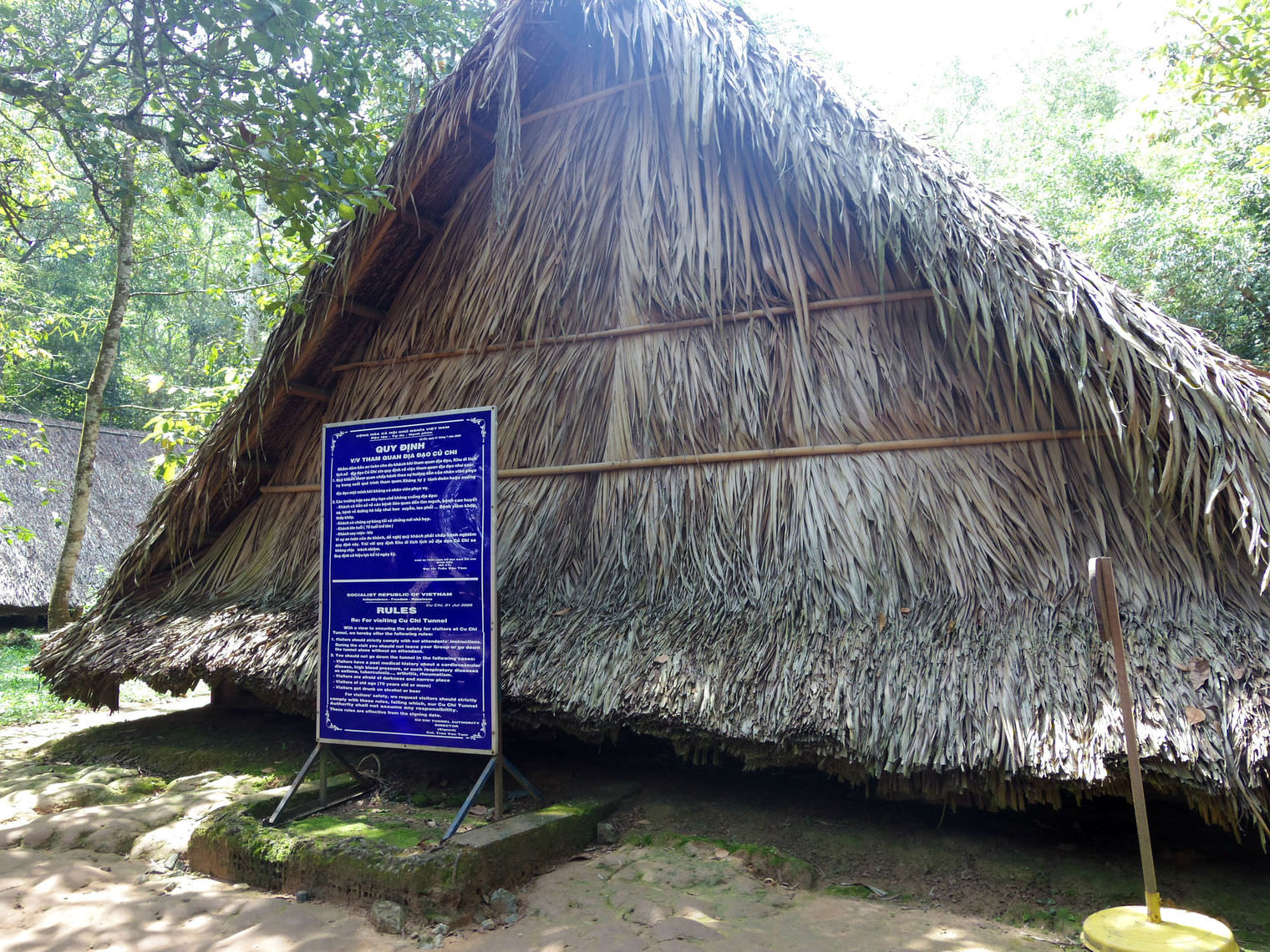 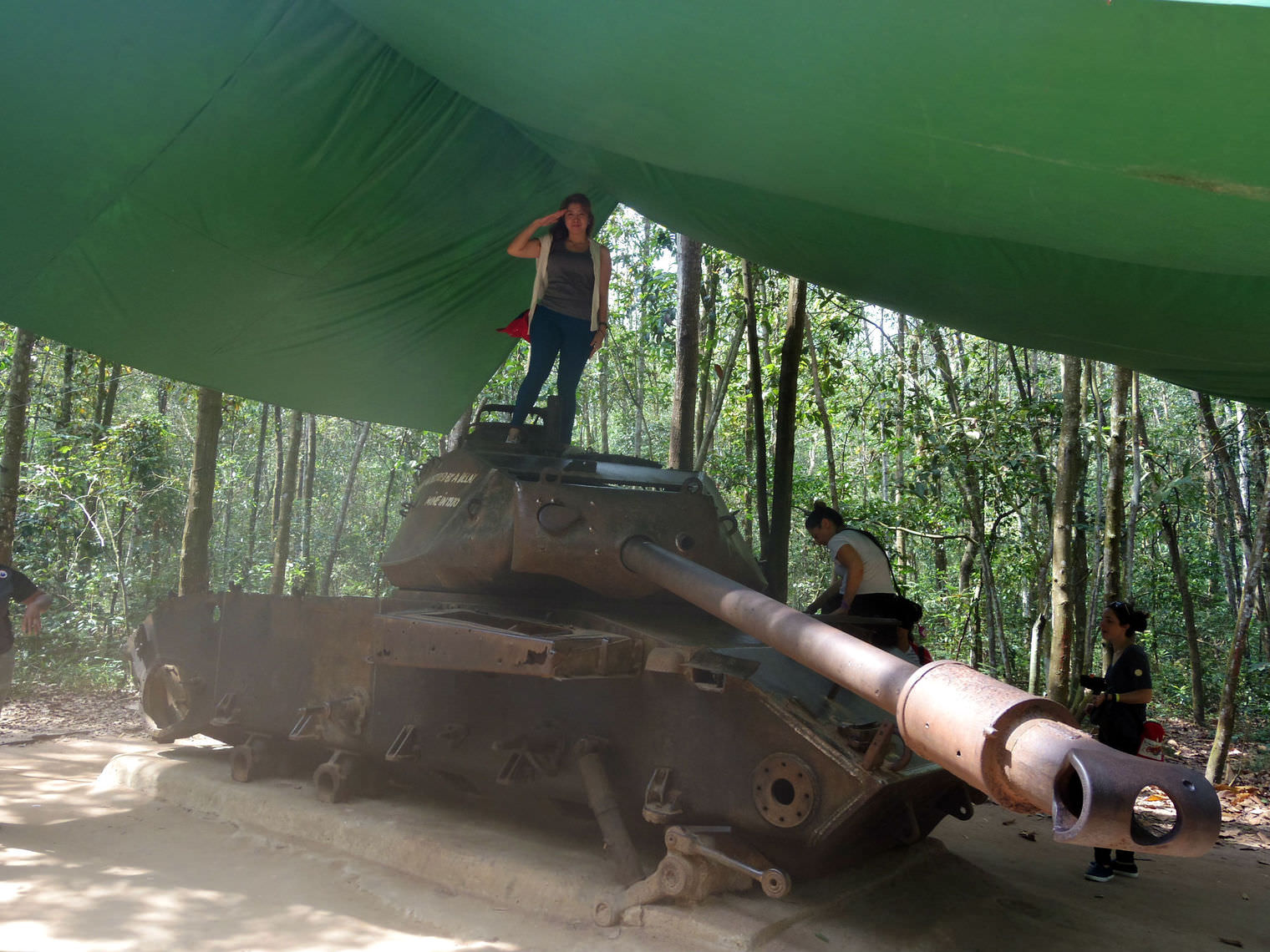 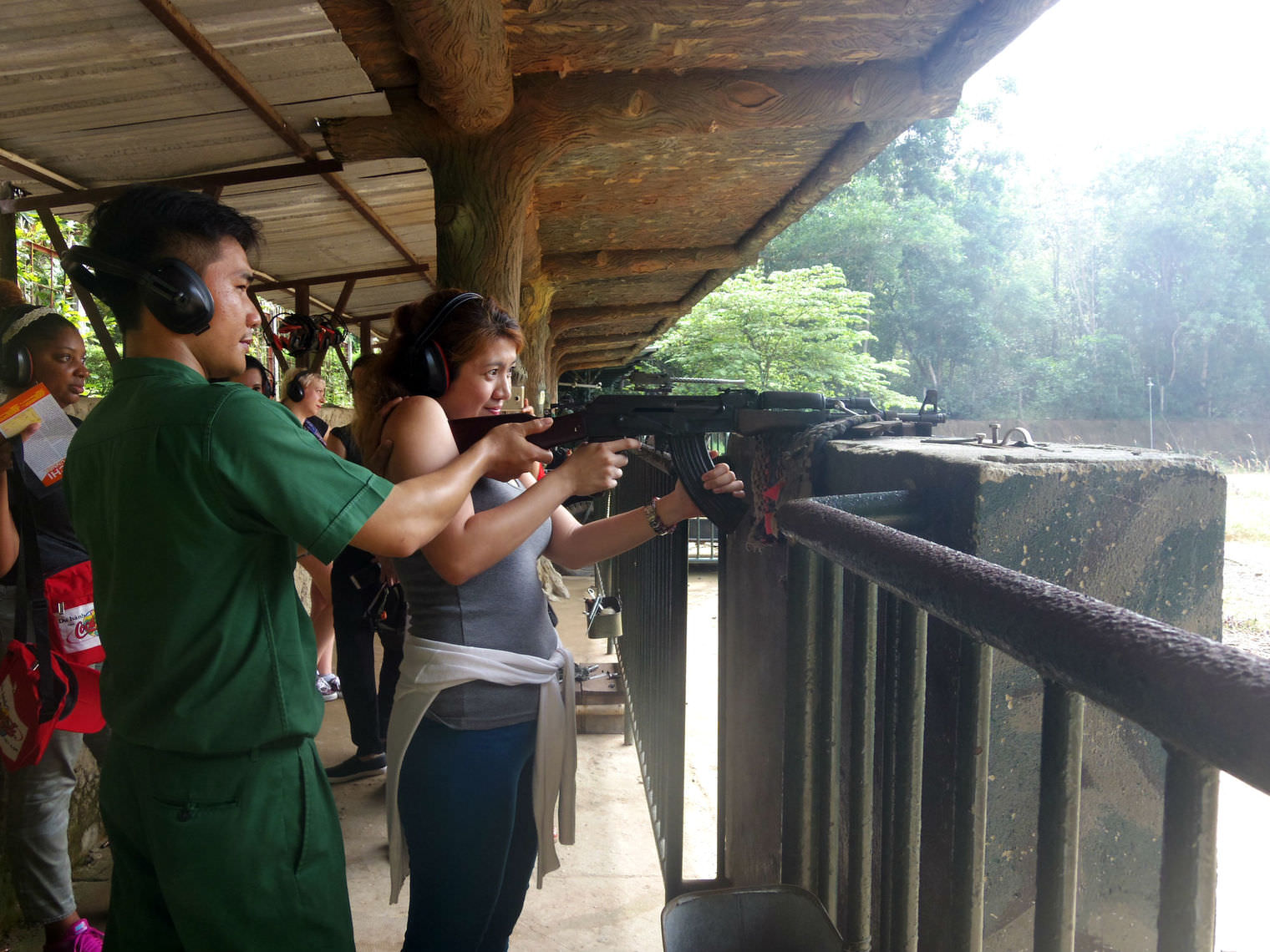 Apart from the iconic tourist spots, I was able to visit Ben Thanh Market where I bought souvenirs such as wallets, dried goods, clothes etc. I can’t really say it’s cheap but it’s not expensive as well. You can try to negotiate as most of the vendors are open to such.

I’m not really your adventurous ‘eater’. In fact, I consider myself as a picky one. Before the trip, I thought that I will lose pounds knowing that I might skip meals. But I was wrong. Every meal is like having a feast!  I am also sure that the food is fresh, most especially the shrimps. You see, I usually get allergic reactions by eating few. However, I ate shrimps in most of our meals and never experienced having allergies. We have been served with the best local foods such as spring rolls, papaya salad, tofu coupled with amazing sauces, and a whole lot more. We even had dinner at ChillBar, known as the best dining place in Ho Chi Minh. Well, we had the best view of the city and the food satisfied our cravings. The place deserves its title!

3. Weather is similar to the Philippines 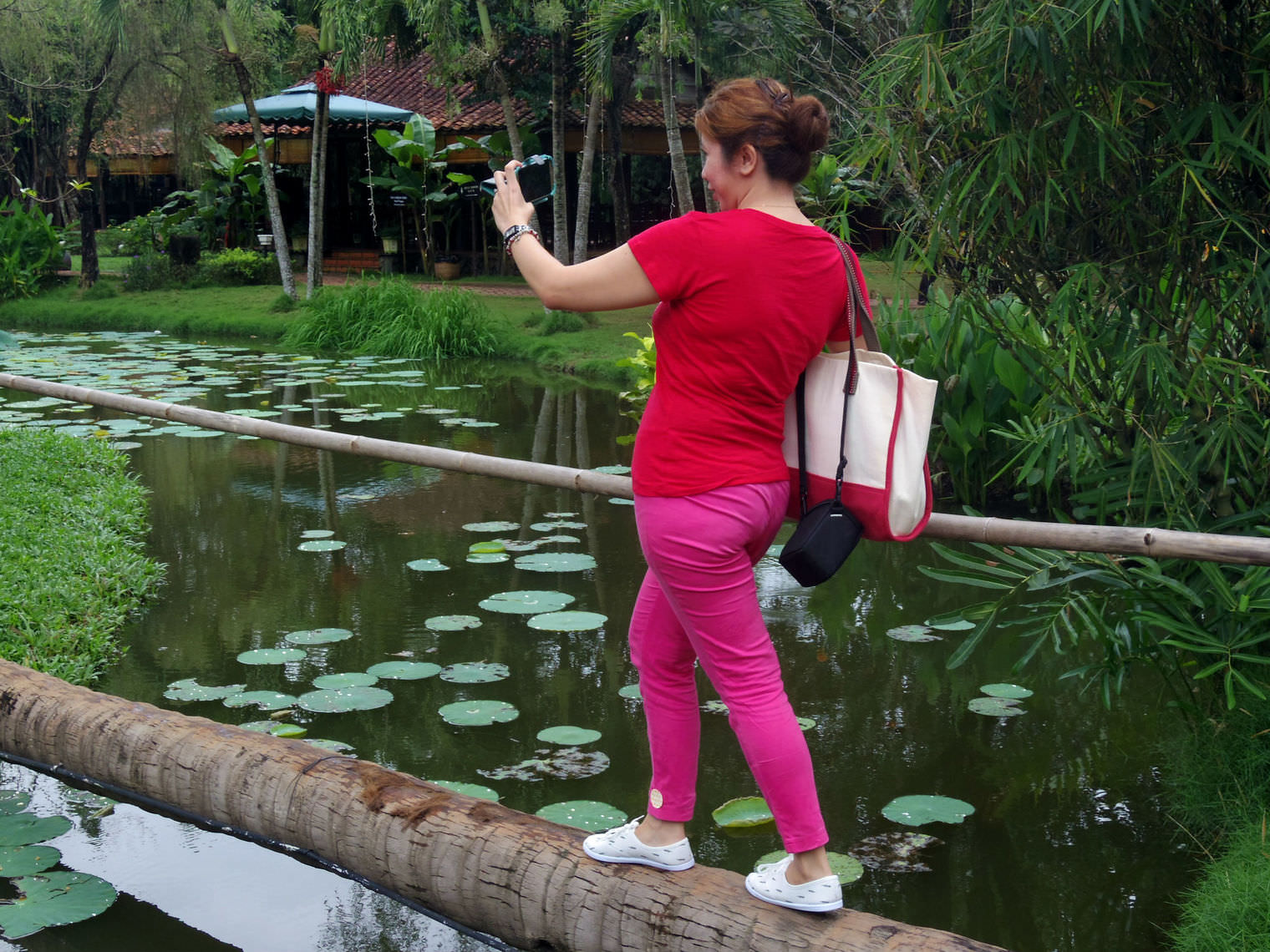 The other bloggers are from the UK, US and Canada. I’m the only Filipino in the group and the only one who is used to living in a tropical country. While most of them would comment on how humid and hot the weather was, I was like – oh gosh, this is normal! With that, I don’t think I will have a hard time adjusting just in case I decided to live in Vietnam. We were actually lucky because it would always be a nice and sunny weather when we were outdoors and the rain would pour when we were in the hotel or in the bus. I guess the universe plotted the weather for our trip, don’t you think?

I just love our hosts! On our first night of getting together, we were already laughing like we’ve known each other for quite some time.  And this goes to the other locals I’ve met along the way.  They are genuinely warm and I appreciate every second I spent with them. And you know what – Nhu from Coca – Cola Vietnam happily agreed to tour me around the city on her motorbike. I knew it was out of her scope of work but she was too kind to do it.

5. Locals have the urge to live better lives 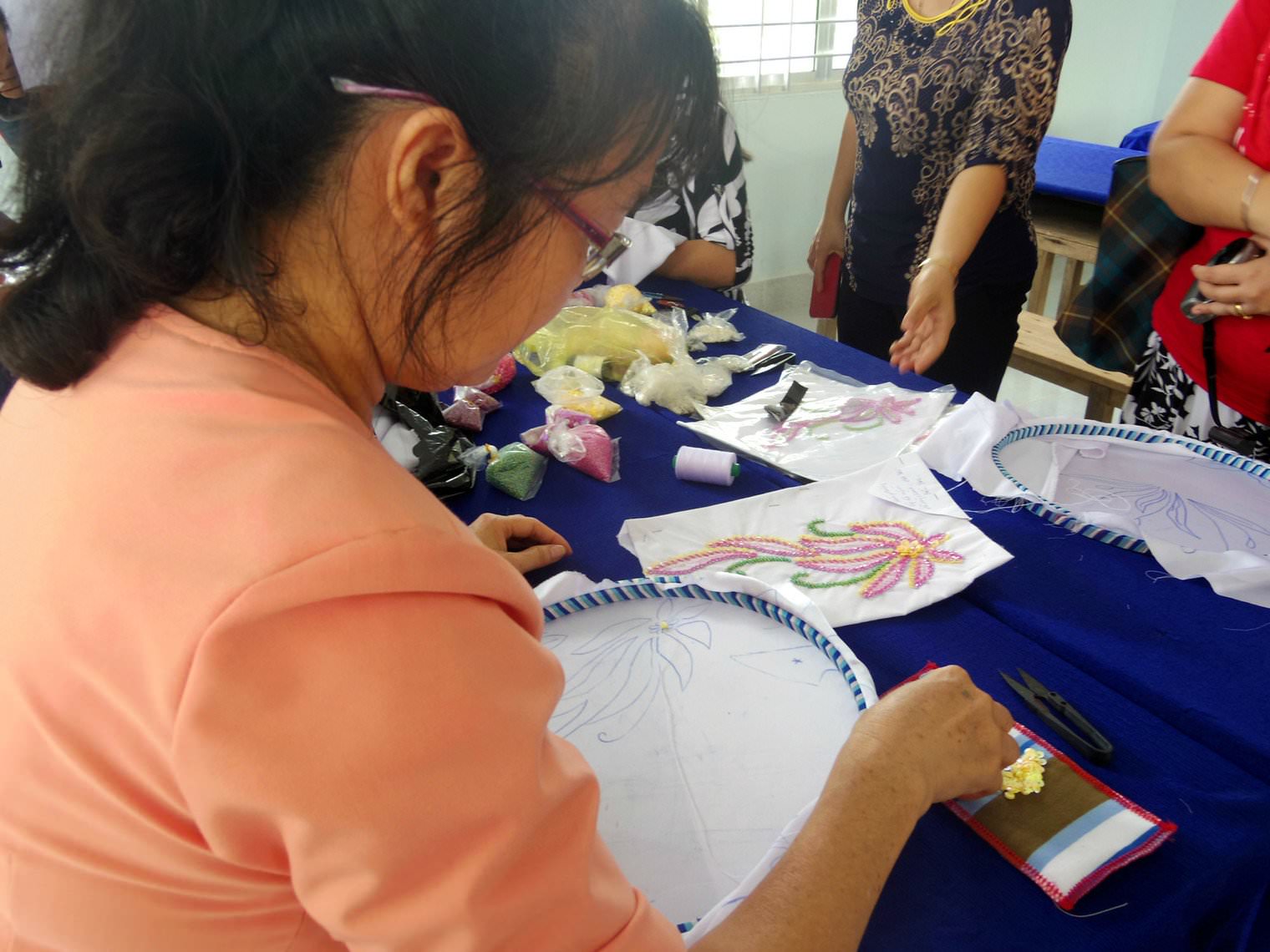 Lastly, meeting the locals most especially in the EKOCENTERs proved one thing. The people from Vietnam are passionate enough to live a better life.

I am definitely inspired by the stories of female entrepreneurs who are now making it big.

My 5 days in Vietnam was indeed short, but I have seen a lot and willing to see more. It made a great impression and I will definitely be back. I have learned so much about a country that has so much resemblance with the Philippines.

Two Monkeys Travel was invited as a press by Coca – Cola for 2016 Vietnam EKOCENTER Blogger Visit. All words and opinion are my own.

4 thoughts on “Reasons Why I would Go Back to Vietnam”

10 Best Dishes You Should Try in Havana, Cuba

List of the Best Hotels in Idaho, USA – from Cheap to Luxury Hotels