Do you have any idea about the different types of British food? Have you thought of anything related to food when you hear about the UK? If not, then we got you! This article will talk about 10 types of British dishes that you shouldn’t miss.

London has become one of the favorite tourist destinations in the world. Its culture and royal life that is still very thick became one of London‘s attractions. Besides, sports are as popular as the palace. Big-name such as Chelsea or Liverpool football team attracts many tourists from outside the UK to come and watch their favorite team playing live. 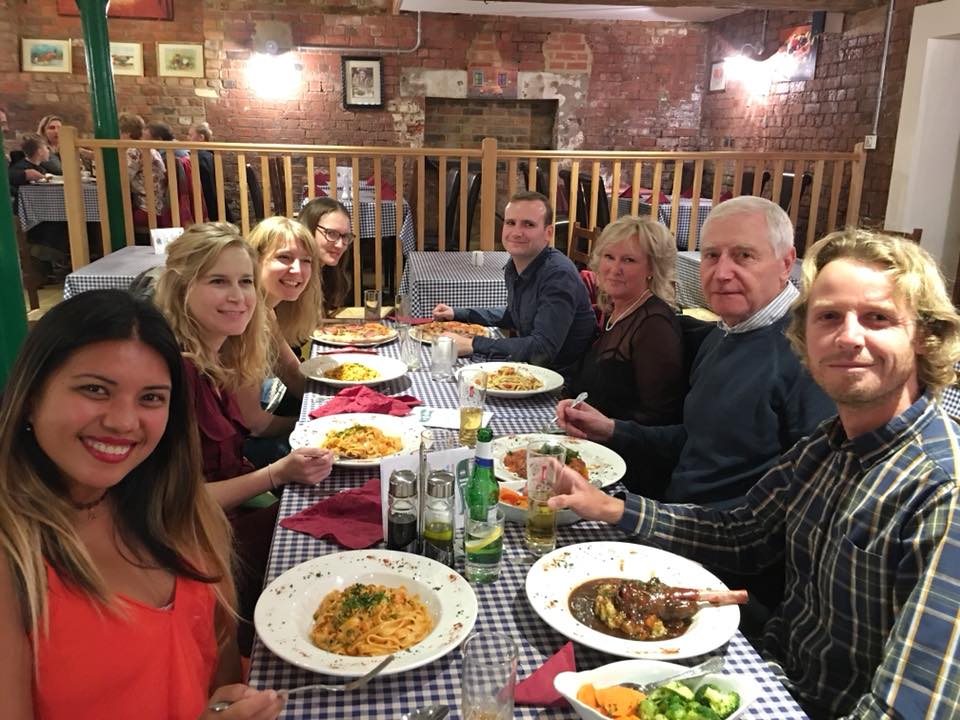 Nevertheless, London is less popular as a culinary tourism destination. It might be because of the tourists’ lack of information on London’s culinary. With these facts, here we present a list of various types of London dishes that you can try while strolling in this city.

It’s incomplete visiting London without trying the famous Fish and Chips. This dish is a combination of crispy and savory filet fried fish and fries (or in England called chips). Not only locals who love this dish but also tourists from all over the world. One serving of fish and chips is usually quite large so that it can satisfy your hunger. Tar-tar sauce uses to complete the enjoyment of fish and chips.

Muslim tourists can still enjoy this dish because it is generally serving in a halal way. Many restaurants serve this dish as a signature dish, one of which is Poppies Fish and Chips. You can get a portion of fish and chips for £7.00, and this has a large size.

Poppies Fish and Chips is at 6-8 Hanbury St.

Do you want to try London cuisine like locals? Try the Full English Breakfast! This menu contains several components, such as sausages, eggs, mushrooms, tomatoes, potatoes, toast, and desserts like pudding. Its various and rich ingredients will be satisfying your tummy.

One of the best places that provide this menu is the Breakfast club. It has several locations in London. You can have a portion of Full English Breakfast for £10. Even though it is a bit expensive for breakfast, the various components you can get is worth the price.

One of the Breakfast Club locations is at 11 Southwark Street, SE1 1RQ (near London Bridge). Check on its official website for more locations near your place.

Potatoes are one of the carbohydrate sources in London. Banger and Mash use mashed potatoes and sausages as the main ingredients. This type of London dish has a savory taste and best eaten while still warm. Banger is a sausage that created during the first world war. The sausages that civilians make often explode because it uses too much water and an enormous fire.

Banger generally uses Cumberland sausage, which is a chunky pork sausage that originated in northwest England as the ingredient. If you are Muslim tourists, make sure the banger you will consume comes from other meats.

One of the best restaurants in London serving banger and mash is Mother Mash. You can get one serving of banger and mash for less than £10.00, and it has a large portion.

Welsh rarebit or Welsh rabbit is not using rabbits as the ingredient. It is entirely vegetarian. Welsh rarebit is a toast with melted cheese sauce as a topping. This cheese sauce comes from English cheddar cheese, beer, Worcestershire sauce, cayenne pepper, mustard, and paprika. A glass of beer will be completing the sensation of enjoying this dish.

Visit Fox and Anchor, which provides Welsh rarebit with a divine taste. You can get Welsh rarebit at a low cost, only for £5.75 per portion. This place is also a gastropub that provides a menu based on the current season. Regardless of the season, the Welsh rarebit is on the menu pan throughout the year.

Scotch Egg is a snack and made from boiled eggs wrapped in sausages, and breadcrumbs on the outside. This mixture then deep-fried and produces a texture of crispy on the outside and soft on the inside. The seller usually serves this menu along with a vegetable salad and a glass of beer.

Although it has Scotch in the name, this dish does not originate in Scotland. The recipe came from the mid-18th century and made in a London department store Fortnum and Mason.

Visit The Carpenter’s Arms for an excellent Scotch egg. It has soft egg yolks and high-quality sausages, and you can have it for £6 per portion. This restaurant is open from midday until 10 PM.

The Carpenter’s Arms is at 73 Cheshire St, London E2 6EG.

One of the types of London dishes that you shouldn’t miss is the Eton Mess. It is a beautiful, simple, and delicious dessert. This dessert uses ingredients, such as merengue (foam cake), cream, and mashed strawberries or blueberries. The first Eton Mass served for Eton College students in the late 19th century. It is also where the Eton Mess got the name.

A location that provides Eton Mess at affordable prices and a divine taste is The National Cafe. This place also has a spacious area and a cozy atmosphere. You can get one Eton Mess for only £5.00.

Not only has a great soccer team, but Chelsea also has an authentic dish that you can’t miss. Chelsea bun is a spiral-shaped bread with various toppings. It can be raisins, sugar, cinnamon, and butter. The shape is similar to a cinnamon roll, but the Chelsea bun has a denser texture.

Many bakeries in London are providing Chelsea bun on their menu. One of them is The Flour Station wholesale center in Borough Market. It provides Chelsea bun with a wide selection of flavors and friendly prices. You can get one Chelsea bun for around £2.5.

Afternoon tea is Britain’s old tradition. It is a classic tea that serves while it is warm, accompanied by several types of delicious snacks. It can help you relax while enjoying an afternoon in London.

This tradition initially came from the nobles, but nowadays, anyone can try it. This tradition started by Duchess Anna, the 7th Duchess of Bedford, in the middle of the 19th century. Between lunch and dinner, Duchess Anna likes to enjoy tea, sandwiches, and cakes. This activity then spread among the nobles and continues to be preserved until nowadays.

A variety of restaurants in London serve Afternoon tea sets with various price ranges. If you want to try the premium one, come to Claridge’s, which offers beautiful and aesthetic tea sets. For the more pocket-friendly version, visit Bea’s of Bloomsbury.

One of London’s longest-running alcoholic drinks is Pimm’s. This drink uses gin made from quinine and fruit extracts as the main ingredient. James Pimm in the early 19th century made this drink in small quantities. In the following years, a factory was producing Pimm on a large scale. They also made various types of Pimm’s using different materials. Pimm cocktail is a carbonated drink, and it’s non-alcoholic.

Pimm served with ice to quench your thirst in the spring or summer heat in England. Some many cafes or bars provide this drink.

Come to Lido Café in the south of the Serpentine lake. This cafe is only open from morning to evening. You can get one cup of Pimm for £5.75, or if you come in a group, order Pitcher Pimm for £ 19.75. Its beautiful and comfortable location can make your experience of trying Pimm better.

Those are some of the types of London dishes that we can give to you. Hopefully, it can be an inspiration for your culinary tour in London.

15 Best Things To Do in Eureka Springs, Arkansas