Home » Travel Blog » 7 Awesome Things to Do in Bhutan @Cheekypassports

Sitting on the eastern slopes of the Himalayas, the Land of the Thunder Dragon is a landlocked country bordered by Tibet and India. Bhutan holds a policy of attracting high-value low impact tourism and the country is therefore not your typical backpacker budget destination. 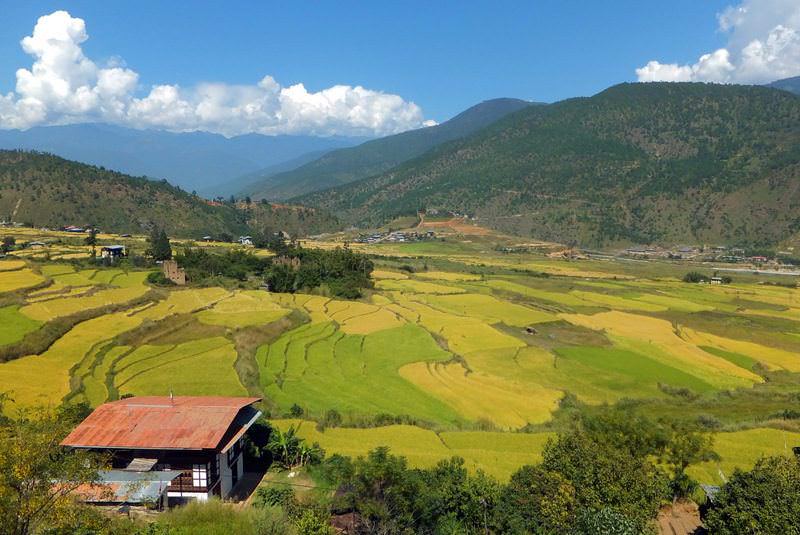 Bhutan has been implementing conservation and eco-friendly practices long before the rest of the world caught up and is the world’s first carbon-negative country. Television and internet were only introduced to the country in 1999, plastic bags and cigarettes are banned, and Bhutan’s constitution, states that 60% of the total area needs to remain forested at all times. All these measures result in a very unique nation which is lush, green, and absolutely gorgeous. Bhutanese people take great pride in their country and genuinely care about living in harmony with their environment, themselves appreciating their relative isolation from the outside world, believing that more exposure to it could only leave a negative impact.

Bhutan tourism charm lies in its uniqueness and authenticity, the friendliness and good nature of its people and most of all in the discovery of a nation where history, tradition, and culture are still naturally integrated into the daily routines. 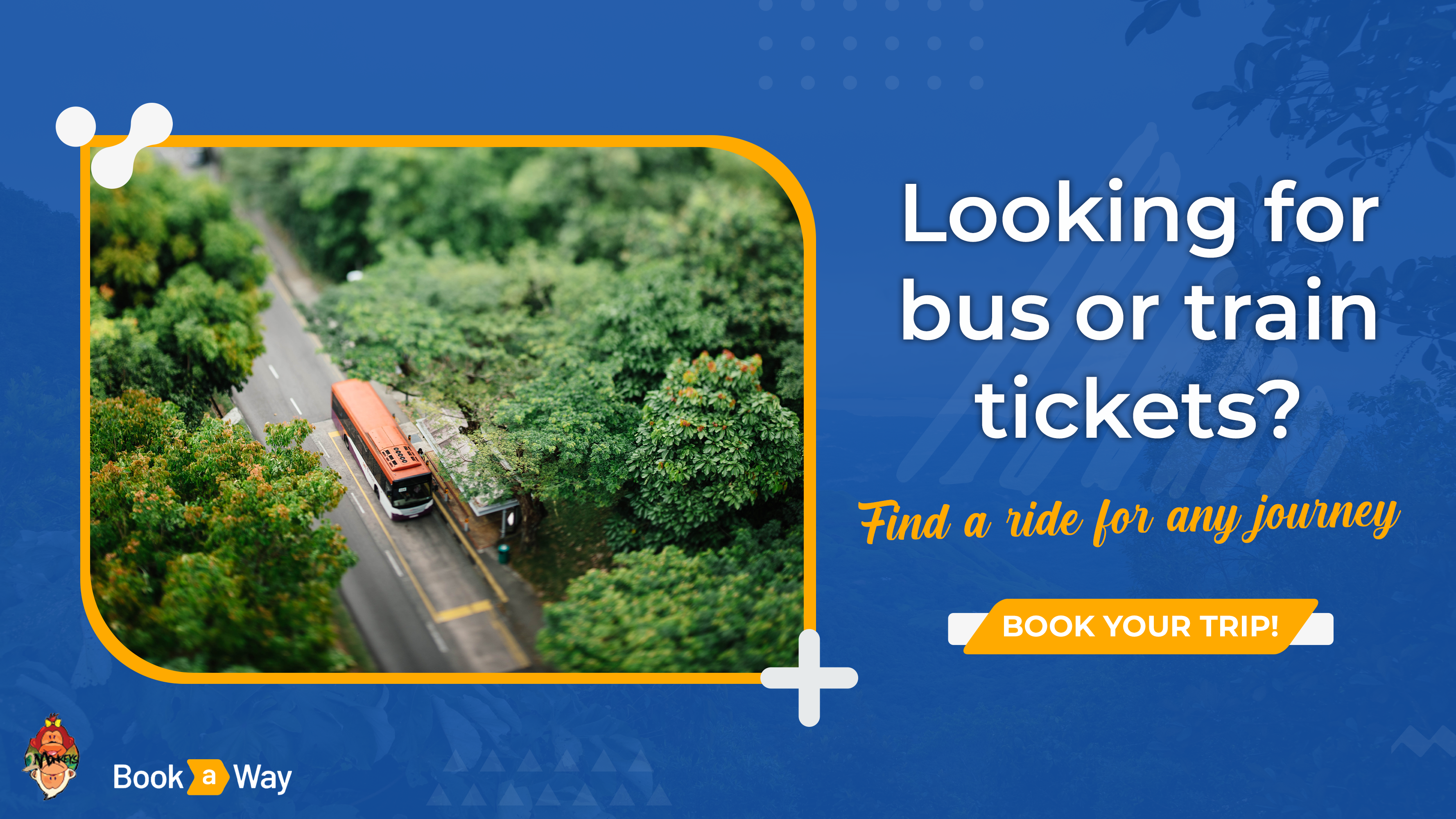 Here are our top 7  awesome things to do in Bhutan 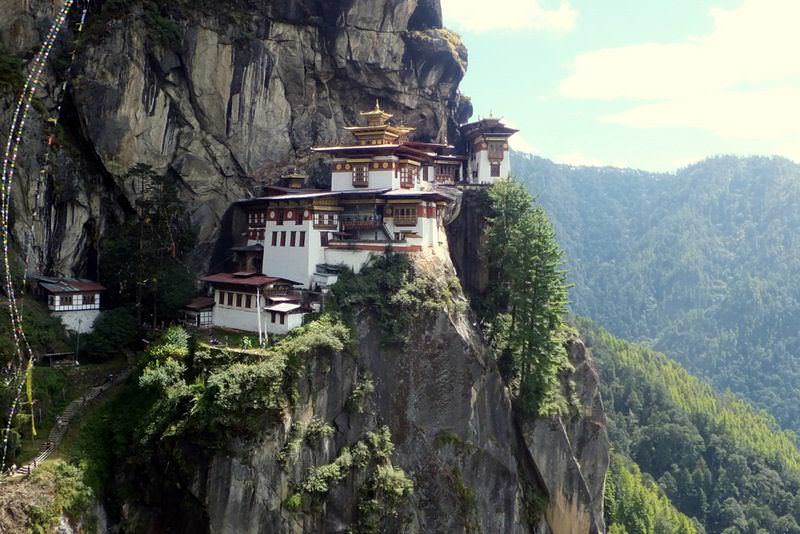 The Tiger’s Nest Monastery (Paro Takstang) is one of Bhutan’s most iconic landmarks and its image is probably the one most associated with the country. The monastery is located at the side of a steep cliff wall in the Paro valley and legend has it that this location was chosen by a tigress who brought Guru Rinpoche (an important figure in the Buddhist religion) to the site to subdue a local demon. It is a steep two hours’ hike up to the monastery, during which you can stop for a tea break at a little cafe with wonderful views of the monastery on the way up. You can also hire a horse to take you up the hill but you still need to do some walking so be sure to wear comfy shoes anyway!

2. Visit the Temple of The Divine Madman

Does being hit on the head by a wooden penis sound like a blessing to you? Well it is in Bhutan! The Temple of The Divine Madman (yes really) is a pilgrimage site for childless couples who are blessed in the temple in the hope of becoming fertile. I wasn’t 100% aware of this at the time the monk was performing the blessing on me, and listened in horror as I was afterwards told that I would most likely now fall pregnant.  And who is the Divine Madman you may ask? Drupa Kunley was a monk who wanted to show that it is possible to become enlightened without giving up on earthly pleasures, so his methods included “blessing” women with sex (again, yes really). 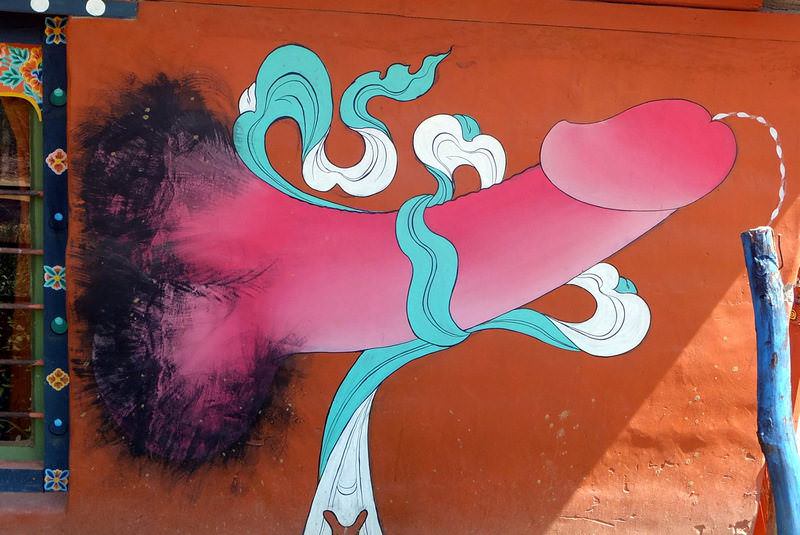 Because of this, Bhutan is full of phallic images painted onto houses, hanging outside the doorways, even placed on the dinner table in the place of a flower bouquet. Phallic images are said to ward off evil spirits and are the subject of intense devotion in Bhutan. After a while you even get used to looking at them as you try to eat your way through some fiery ‘ema datshi’ (the national dish). Oh, by the way Drupa Kunley’s own penis is referred to as the “Thunderbolt of Flaming Wisdom”!

One of the experiences we enjoyed most in Bhutan was spending some time with a local family on their farm in the Paro valley. Our bed was a hard mattress on the floor covered in pink blankets and dinner was rice flavoured with pork fat and butter tea (that’s tea churned with actual butter, in case you’re wondering). The kind owners prepared a traditional hot stone bath in an outhouse consisting of rickety wooden bath, filled with water from a nearby stream reputed to have medicinal properties, heated by placing in it large stones which had been thrown into a fire. Despite not having any noticeable effects on our health, the long relaxing soak ensured that we spent that night blissfully snoring away until we were rudely woken up by the farm animals in the early morning. 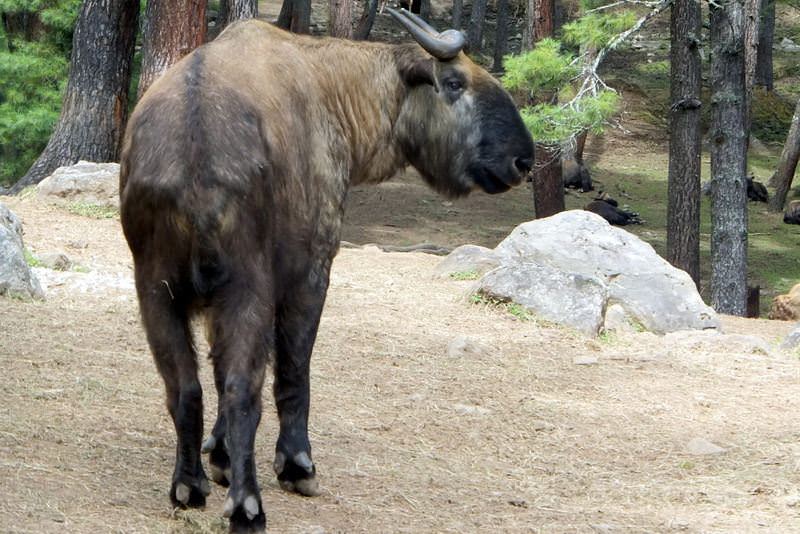 You may not have heard of takin before. We hadn’t either before we travelled to Bhutan! The takin is the national animal of Bhutan which can be found in forested valleys, however there’s no need to go on a trek in order to catch a glimpse of animal; you can see plenty at the Motithang Takin Preserve in Thimpu. Although the facility was previously a mini-zoo, the Fourth King of Bhutan had proclaimed that keeping animals captive was against Bhutan’s environmental principles whereupon all the takin had been set free. However, the animals refused to leave the city and spent their time roaming around Thimpu’s streets looking for food. The only solution to this problem was to take them back into the enclosure. Indeed the animals look very content and well-fed and seem to spend most of their time lazing about in the facility. 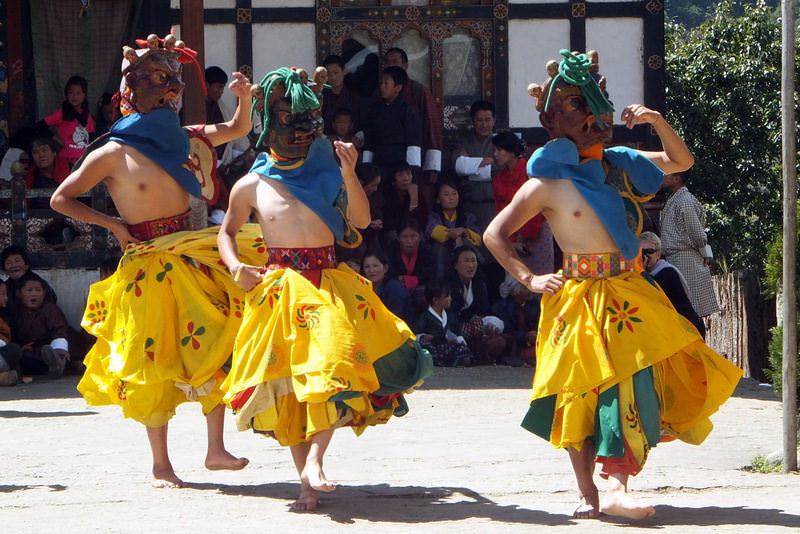 Like everything else in the country, Bhutan’s festivals are overflowing with colour and mystical legends. Religious festivals (Tshechu) are celebrated in several parts of the country and are considered to be very special events where locals gather to watch masked dancers and singers perform whilst taking the opportunity to socialise. Plays involving some type of drama depicting good and evil (from the little we could understand) are also held, and it is great fun to watch the locals “ooh” and “ahhh” over a particular story or event. You might even be asked to participate in a scene much to everyone’s certain delight! 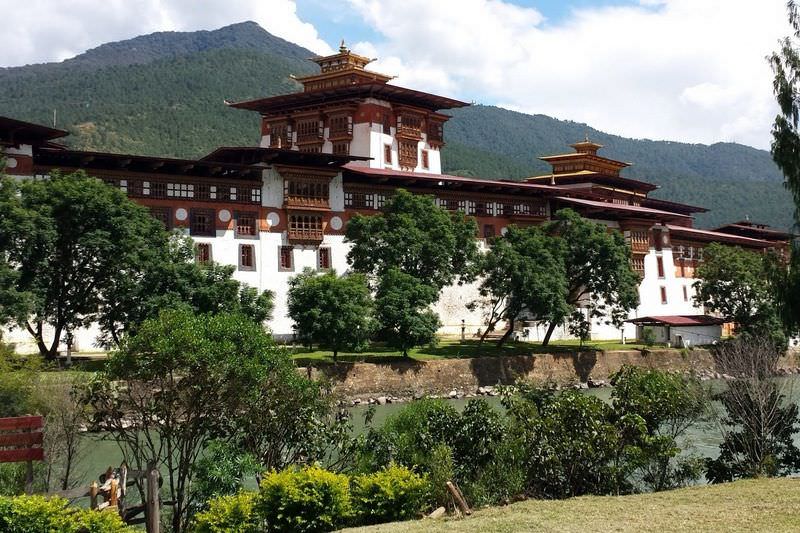 Dzongs are fort-monasteries found throughout Bhutan, significant not only because of their particular structure, but also because they are the administrative and religious centres of Bhutanese communities. The most beautiful of these is the Punakha Dzong, otherwise known as the “Palace of Great Happiness”. The dzong stands at the point where the rivers Po chhu and Mo chhu converge and is one of the the most picturesque structures in the entire country. Additionally, the dzong itself features typical detailed Buddhist symbols and murals some of which depict the life of Buddha. You can also experience rafting on the rivers like we did, although it is not something we would really recommend to adrenaline seekers! 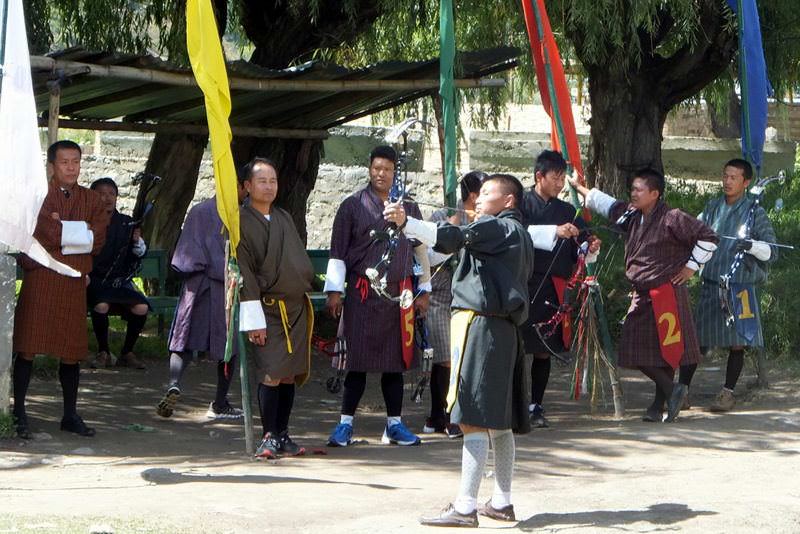 Archery is Bhutan’s national sport and is practised everywhere in the country. From local tournaments between friends to national competitions, the activity is taken rather seriously. Traditionally, members of the opposing team make fun of each archer so as to confuse the contestant whilst members of the same team celebrate each successful shot. Once you understand what is going on, the spectacle provides some great fun and entertainment! Nikki managed to convince some locals to let him join in their game and I happily joined their hysterical laughter at his attempts!

Where to Stay in Bhutan

The Memorial Stupa is 500 m from the property. The Tashichho Dzong Fortress is 1 km while the Buddha Point is 5 km. The Tourist Taxi Stand is 2 km. The Paro International Airport is 65 km. 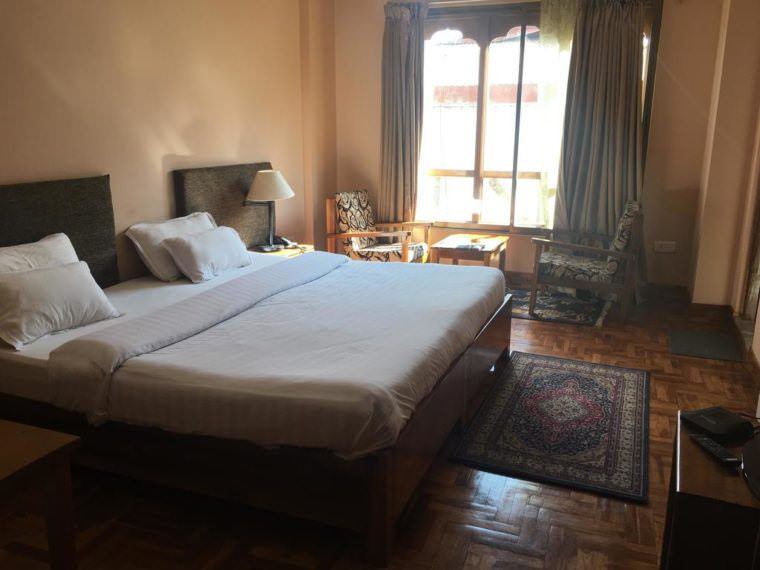 Rooms here will provide you with a flat-screen satellite TV, a seating area and heater. There is also an electric kettle and minibar. Featuring a shower, private bathrooms also come with a bathtub and free toiletries. 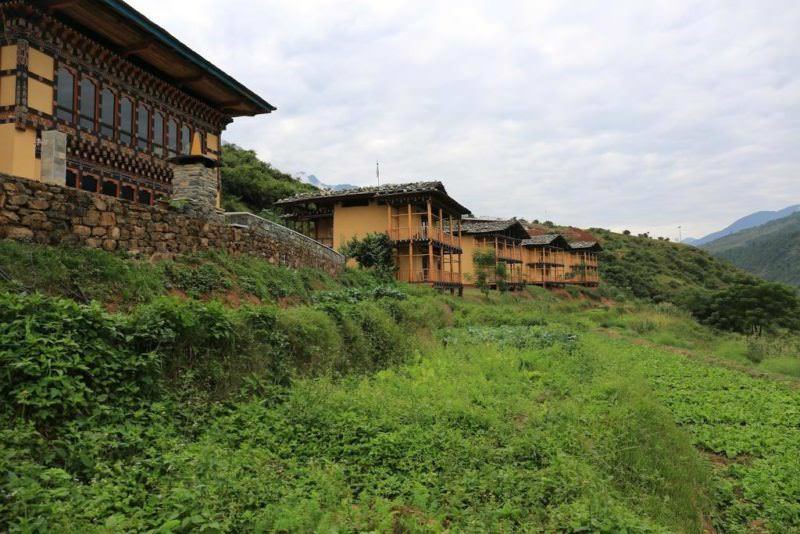 Certain rooms feature a seating area for your convenience. Views of the mountain, river or garden are featured in certain rooms. The rooms have a private bathroom. 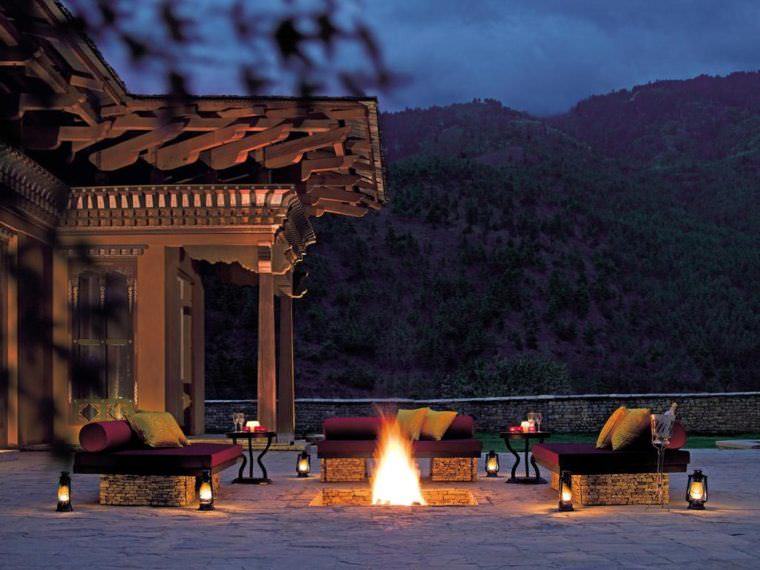 Taj Tashi Bhutan is 7 km from Buddha Point Thimphu. Paro International Airport is 60 km or an approximate 1-hour drive from the hotel. 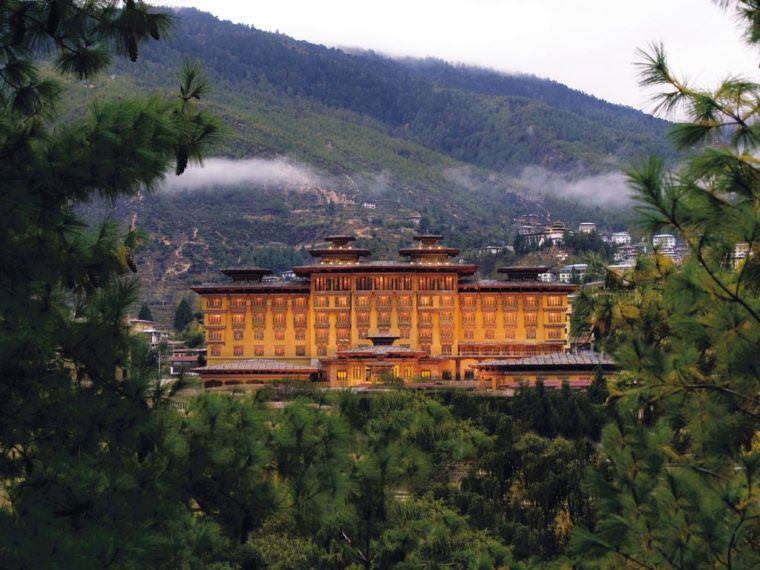 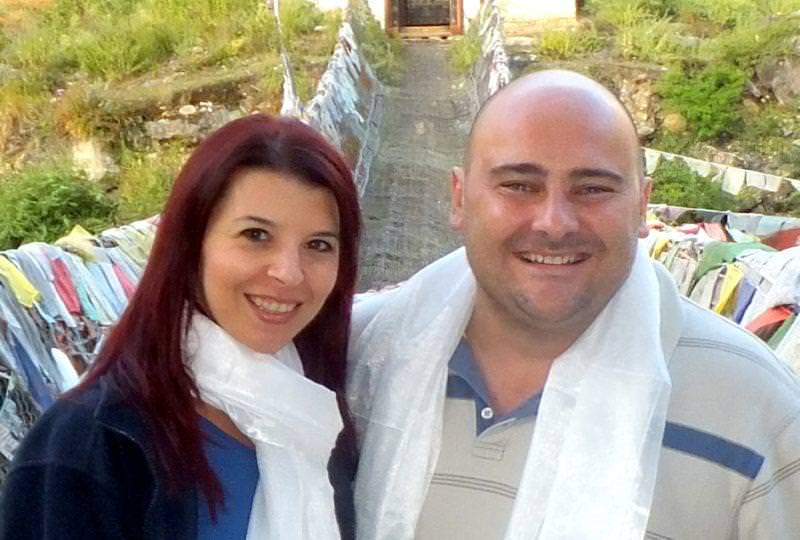 Michelle and Nikki are a couple from Malta struck by wanderlust and curiosity. A pharmacist and a mechanical engineer, they have traveled to over 60 countries on 5 continents and have recently traded their full-time jobs for an indefinite trip around the world. Follow their blog: www.cheekypassports.com

8 thoughts on “7 Awesome Things to Do in Bhutan @Cheekypassports”

7 Awesome Things to Do in Baltimore, USA @abiteofculture

7 Best Things to Do in Hue, Vietnam [Vietnam Travel Guide]