Home » Travel Blog » 7 Awesome Things to do in Okinawa, Japan

Okinawa is located in the southern most region of Japan. It is a small group of islands scattered around a larger island which makes up the main city and most of Okinawa.

Check out some of the cool and cheap tours you could do in Okinawa.

This main island is called Okinawa “honto” but don’t be fooled by it’s size although very small it treasures a rich history and plethora of amazement and wonders. A lot of people may not be familiar with this small paradise so here we are to give you 7 awesome things do in Okinawa, Japan. 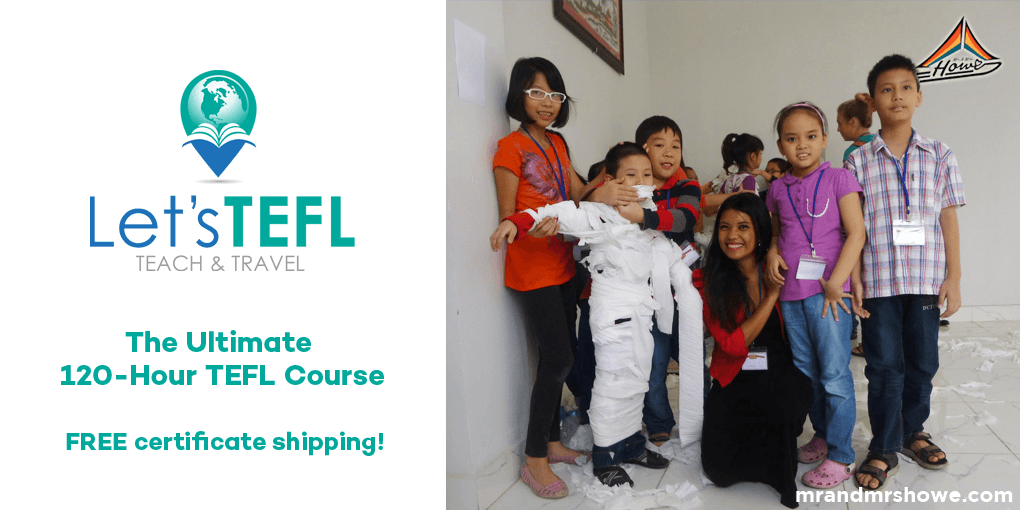 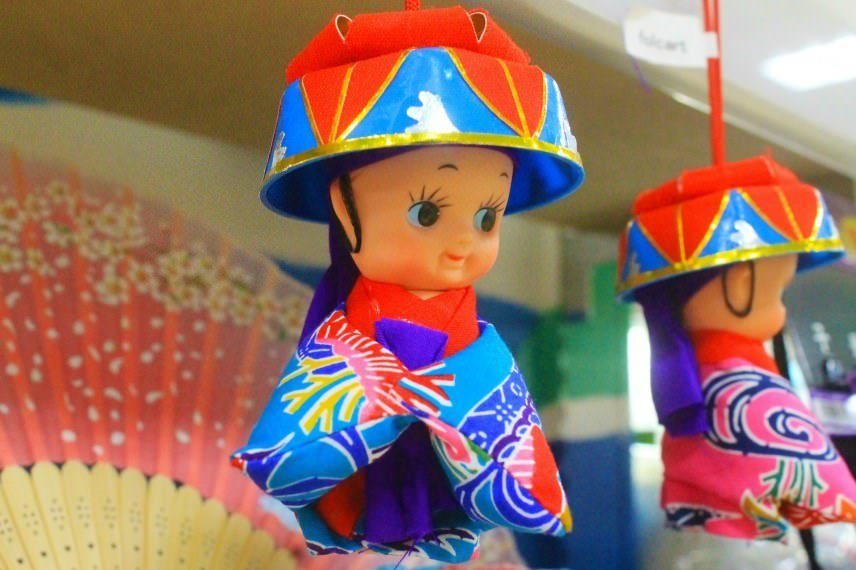 Okinawa has an intrinsic culture full of color, history and traditions. To fully experience and understand Okinawa’s culture there is something you should know first, Okinawa was originally not a prefecture of Japan in fact the name “Okinawa” was only bestowed by the Japanese when they were invaded way back when they were still referred to as the Ryukyu Kingdom. Most observers say that the Ryukyu Kingdom had stronger Chinese influences than they did Japanese. The Ryukyu Kingdom had their own language which was abolished when they were taken over and Japanese became the only language allowed to speak, but dark days behind them Okinawa is a fully integrated Japanese community who are free to practice their old Ryukyu traditions. All that in mind Okinawa is not another Japanese town it’s an entirely new culture in itself which lands a spot in one of the 7 awesome things in Okinawa. 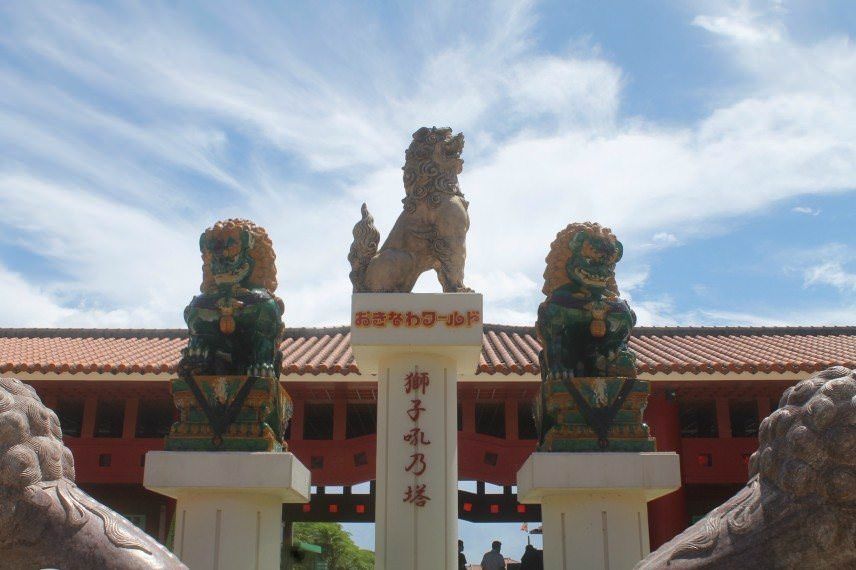 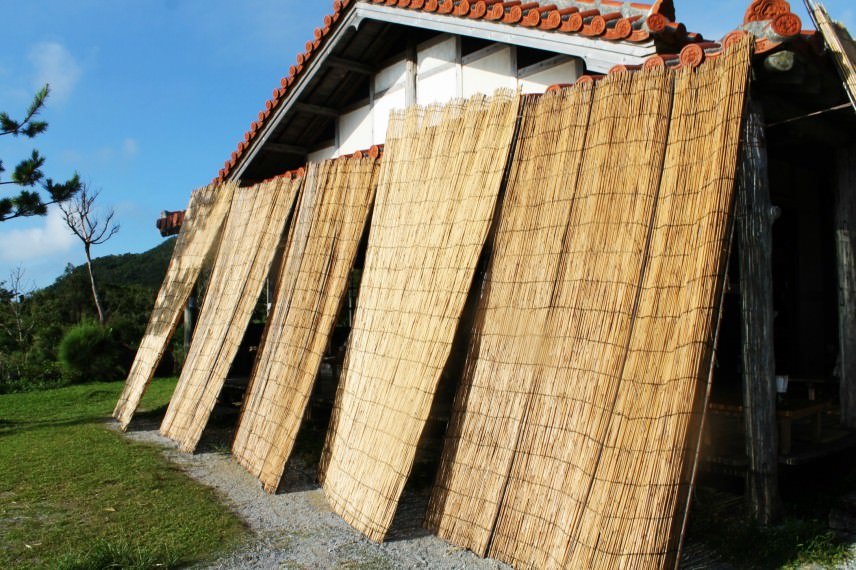 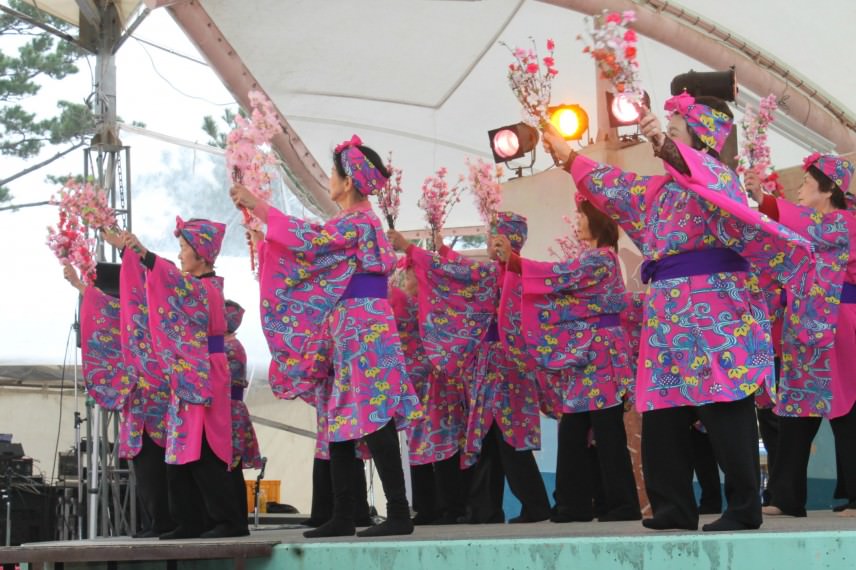 Traditions and customs are deeply ingrained in Okinawan people, which can be seen in the culturally enriching festivals celebrated throughout the year. No matter what month or season you visit, you will not be disappointed. No festival is too small to celebrate, as every festival seems to be done on a large scale and taken very seriously. Another reason to go to festivals is to see people wearing traditional clothing, half the fun of festivals is wearing one! You can expect both Okinawans and foreigners to be participating. Depending on the season, colorful kimonos or yukatas will be worn in honor of these festivals. There’s no need to be shy joining in and dressing up is a fun experience and Okinawans are very welcoming to tourist who wants to experience their culture. 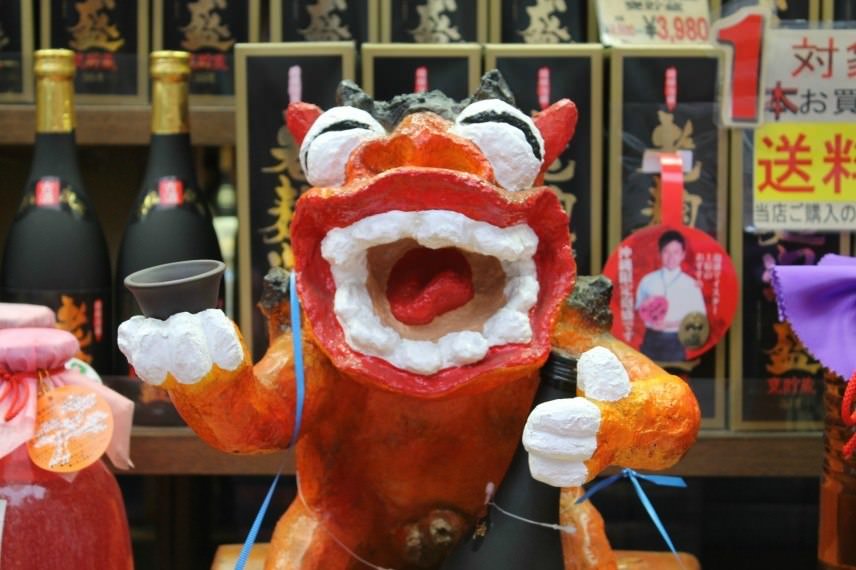 EXTRA TIP: If you’d like to travel by train around Japan then you should get a Japan Rail Pass! Japan Rail Pass is a multi-use discounted ticket, valid for travels on all JR national trains in Japan, including Shinkansen bullet trains and Narita Express. You can select 7, 14 or 21 consecutive validity days.

You can order your Japan Rail Pass online. You will receive an Exchange Order (delivery in Japan available), which then needs to be exchanged and activated in Japan for the actual JR Pass. All foreign nationals who visit Japan for tourist reasons can purchase and can also easily choose between Standard and Green Pass (first class). 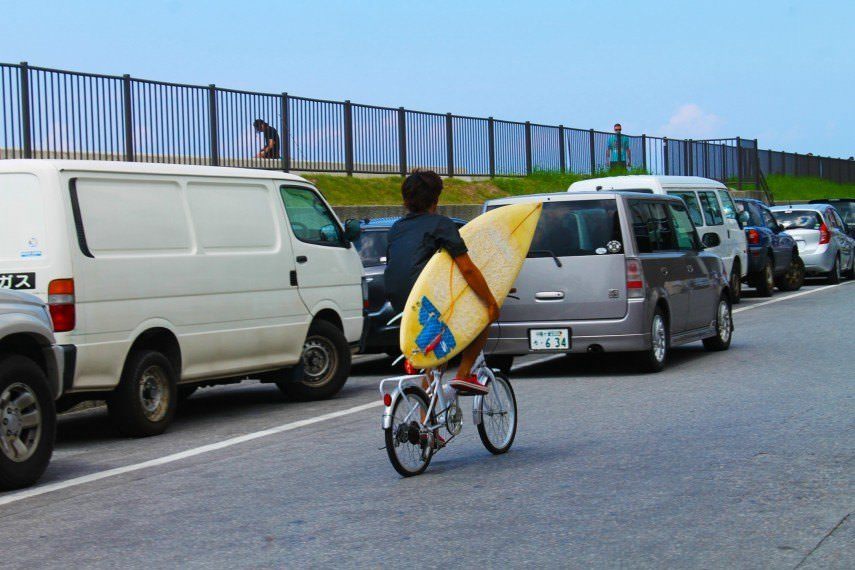 Okinawan people are some of the most nicest and humblest people you’ll meet especially the older ones. Most of Okinawa’s younger generation is a by product of Japanese pop culture but still most of them hold their reservations taught by their elders. Okinawa is very quiet and calm compared to mainland Japan. You’ll see locals soaking in sun, lounging around, waiting for the waves to come in, the elderly brisk walking everywhere and people just enjoying the peace and beauty with a bottle of tea next to them. Being very timid and polite Okinawans are perfect to share a beautiful sunset overlooking the ocean in graceful harmony. 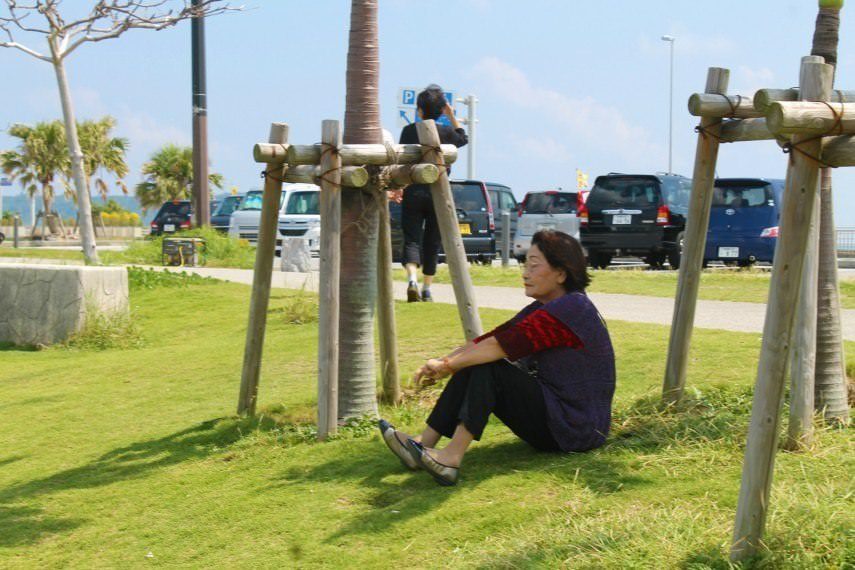 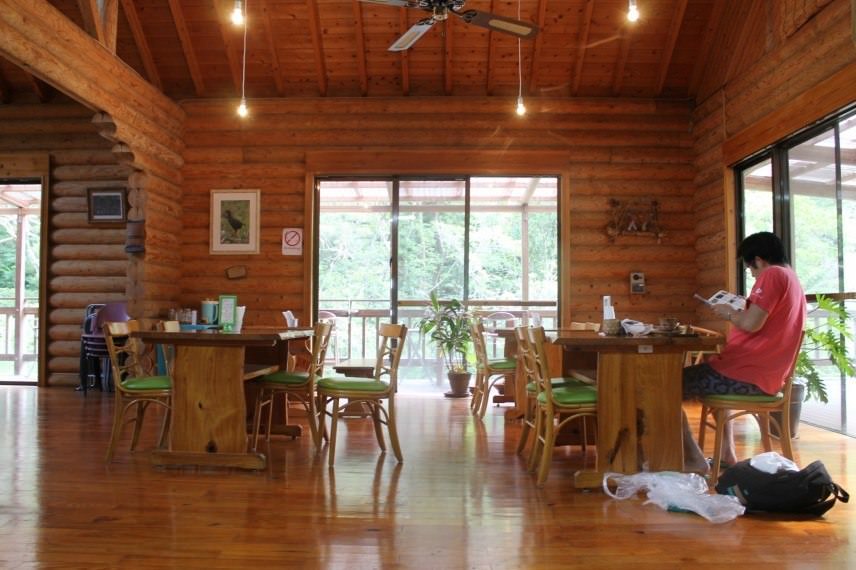 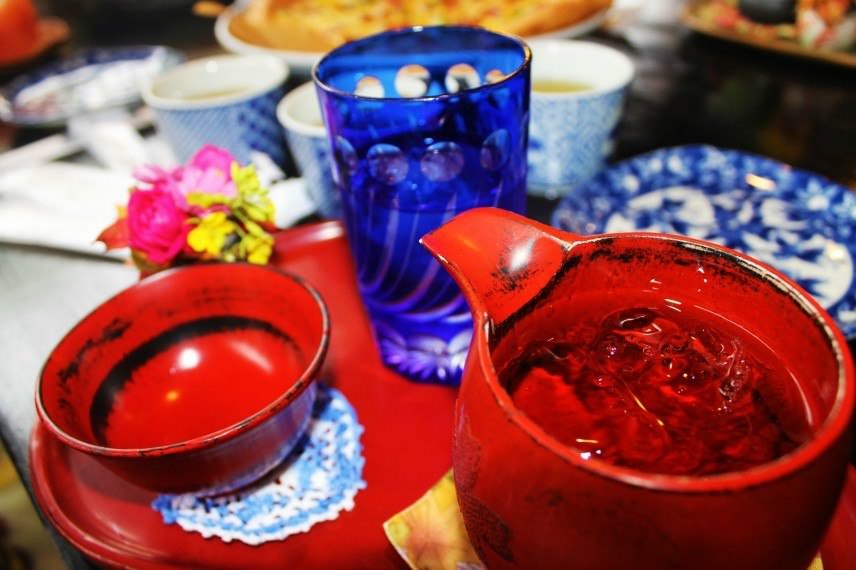 On an island that had it’s own kingdom you are bound to find remnants of it’s old cuisine embodied by its people and Okinawa does exactly that. Okinawa has it’s own dishes that is comprised of a lot of pork and vegetables. “Okinawa soba” is different from Japanese soba that you’ll find in mainland Japan it is pork based soup and noodle dish. Goya is a popular vegetable item that is used in many meals. With a strong farming community Okinawans have some of the most nutritious dishes anywhere. They are known for having the most centenarians in the world and a lot say it’s because of what they eat. Okinawa does have it’s own unique culinary masterpieces but you can still enjoy other Japanese dishes as part of a typical menu or really just about anything as many chefs have opened shop in Okinawa from around the world because of its touristy community so you can find almost any kind of cuisine here since it seems like new restaurants and cafe’s open up weekly. 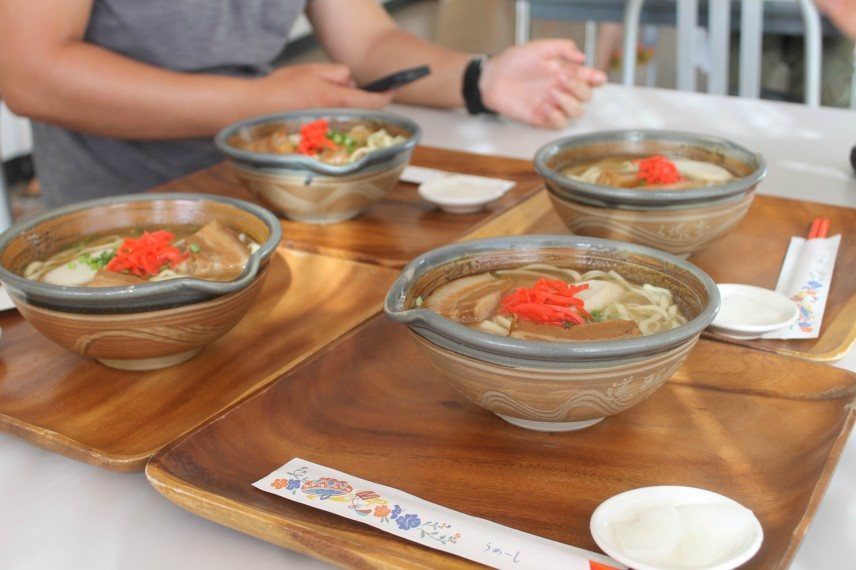 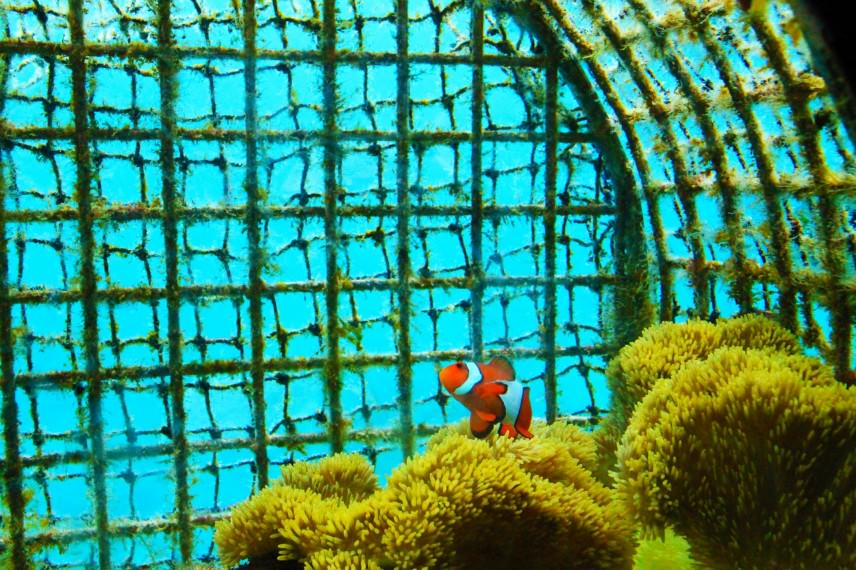 The main reason any Japanese main lander would go all the way south to the islands of Okinawa is for fun in the sun. Okinawa has coined the title “Hawaii of Japan” as it’s popularly known by the Japanese as a summer vacation destination. Complete with high-end hotels, a tropical climate and a never ending abundance of cafes and restaurants Okinawa is the place to be when you’re looking for a summer escape in Japan. The water here is so pristine and clear that any form of water recreation would be ideal. On the main island of Okinawa the average land width is about 5 miles so you’re always close to water wherever you are. If you ever get the feeling that it’s getting too crowded at the beach just move along to the next one there are so many it actually gets hard to choose from. 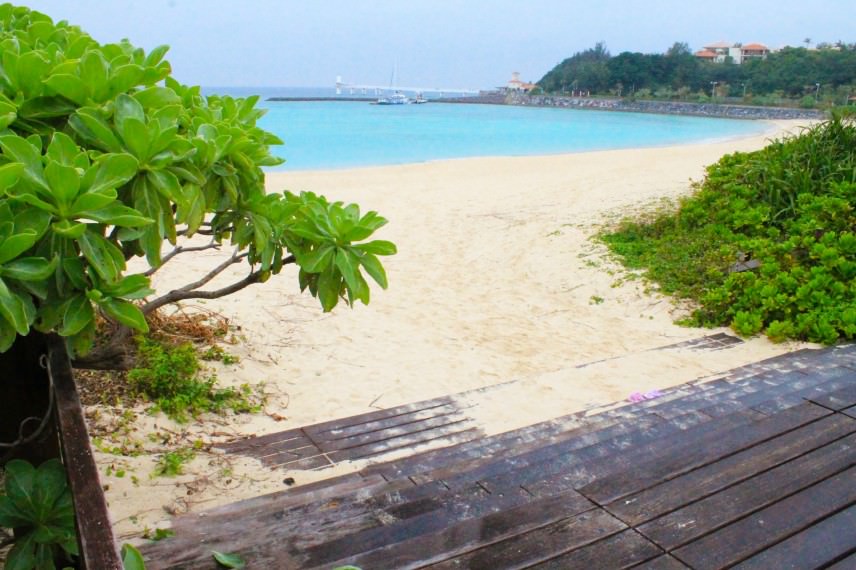 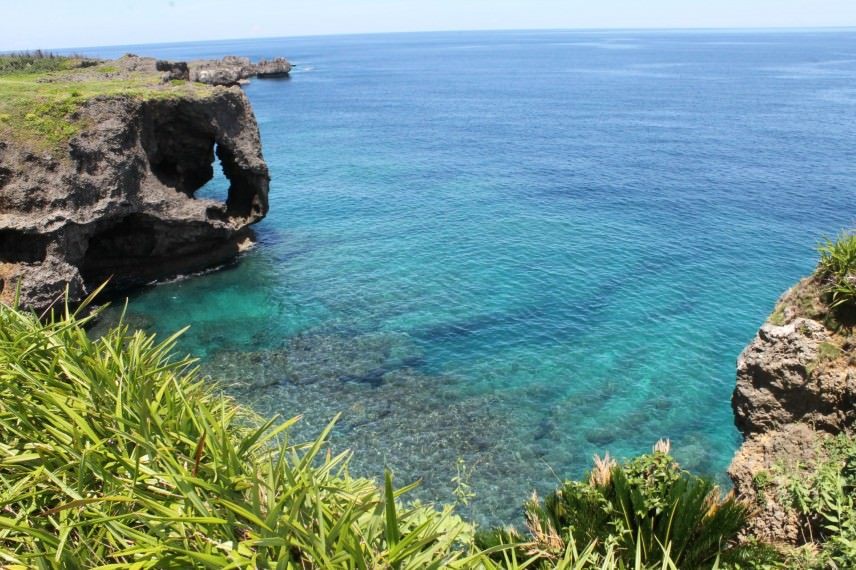 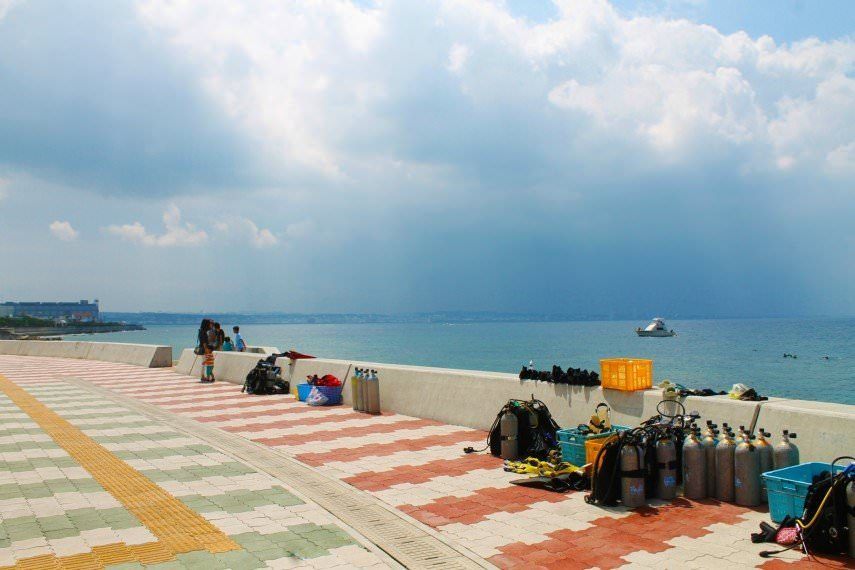 All water activities are great in Okinawa but one in particular brings people from all over to get an experience first hand. Diving is one of the most popular pastimes in Okinawa. It is arguably cheaper compared to western prices and it’s just downright beautiful in the water here. With an ocean full of crevices, drops and underwater caves not to mention a bustling sea creatures you’re sure to find a number of exciting things under the water. Having some of the most cobalt blue water you’ve ever seen dive shops have opened up at just about every corner ready take in divers for lessons or tours of all the great spots. It isn’t even uncommon here to see someone just crossing the road in full dive gear. If you haven’t already Okinawa is great place to get your dive certification. 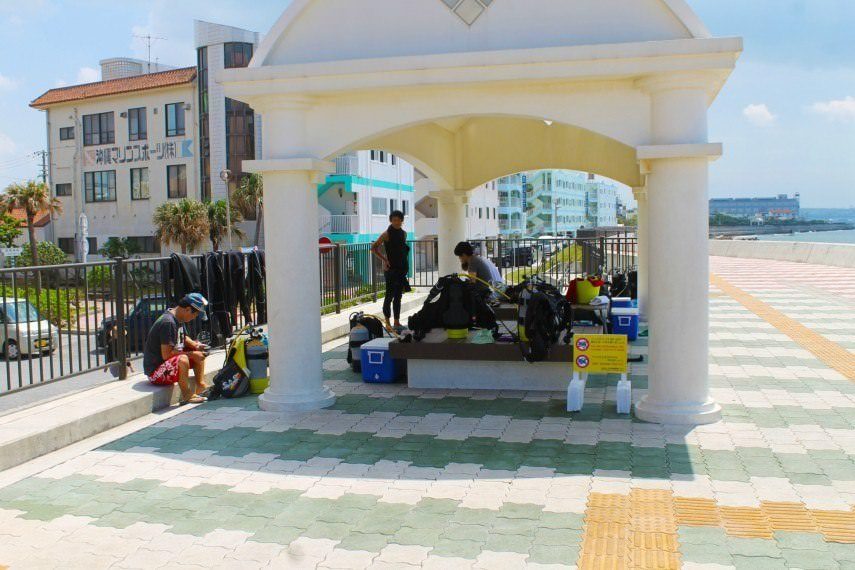 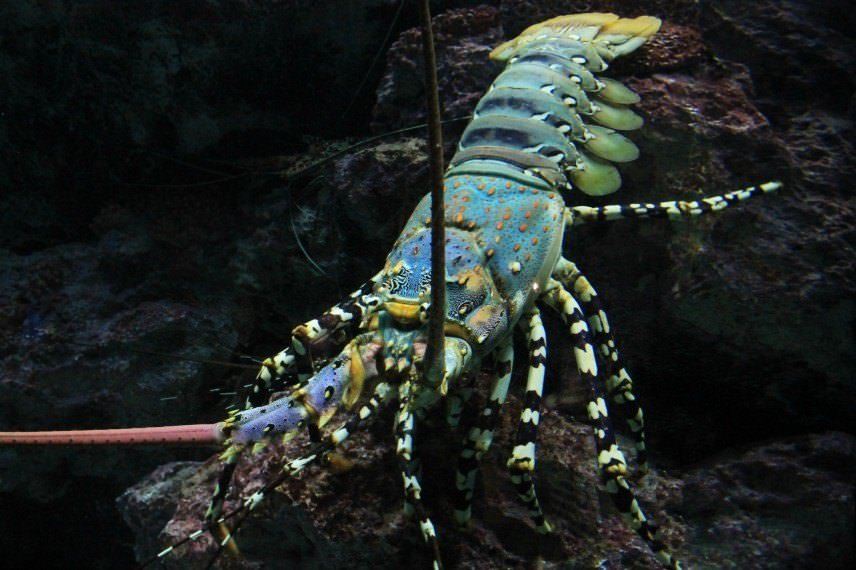 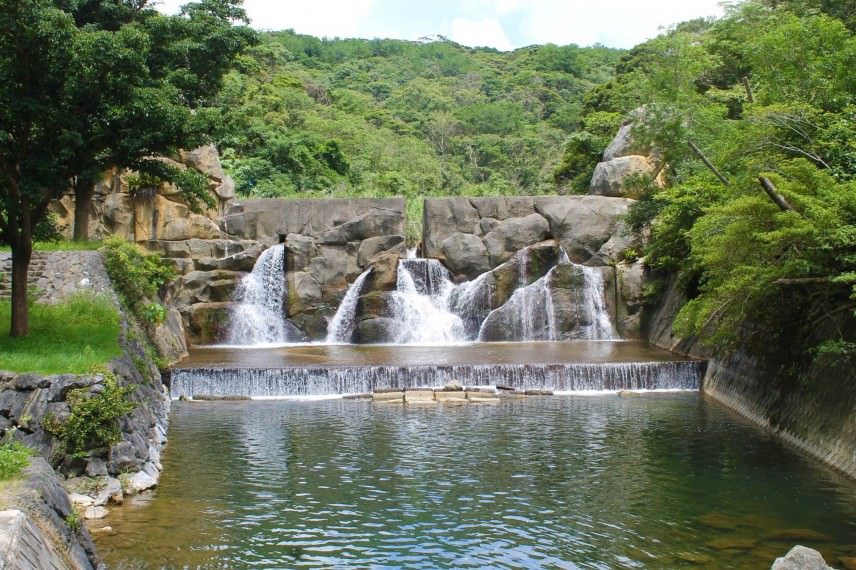 Although Okinawa may have two big cities most of it is a healthy dose of nature that’s not too far away. Sure, Okinawa’s got tech, internet and the latest fashions but only a ten minute drive away you’re at a calm tranquil beach soaking in the sunset or just enjoying the view from atop a lush green mountain. If you’re looking for a balance feel of civilization and nature Okinawa has countless mountain paths, river hikes, hidden shrines and forest explorations for any insatiable wanderer only a few minutes away from town. I’m sure there are plenty of other places that provide full on nature experiences but it’s nice to know you’re only a few minutes away if you need to pull back into civilization again. 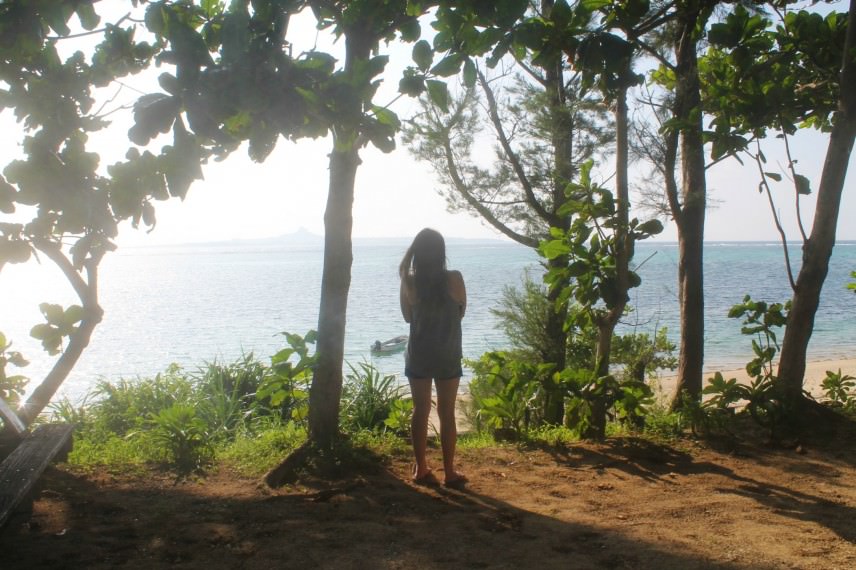 Hopefully these 7 things well informed you with the general of Okinawa and intrigued you to plan your future travels around southern Japan. 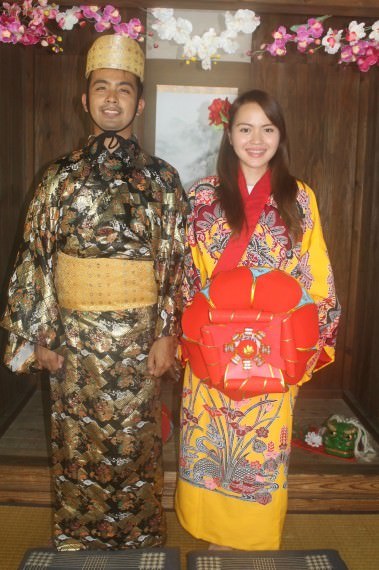 RJ Aspillaga and her wife are the bloggers behind We are the Wandering Waffle Heads, a Filipino couple bent on travel, food and all that comes in between. Follow their journey as they showcase their exploits around the world or even just down the street.

7 Awesome Things to Do In London @visitlondon