Home » Travel Blog » 8 Awesome Things to do in Morocco #morocco

Bordered by Algeria, the Sahara, the Mediterranean Sea and the Atlantic Ocean is a country that has a perfect balance of thousands of history and a colorful culture: Morocco.

Mysterious to an outsider, this country is perhaps one of the safest, most exciting, vibrant, cultured and yet modern countries to explore. Allow me to give you a variety of exciting things to do in this overwhelming beauty of Morocco. 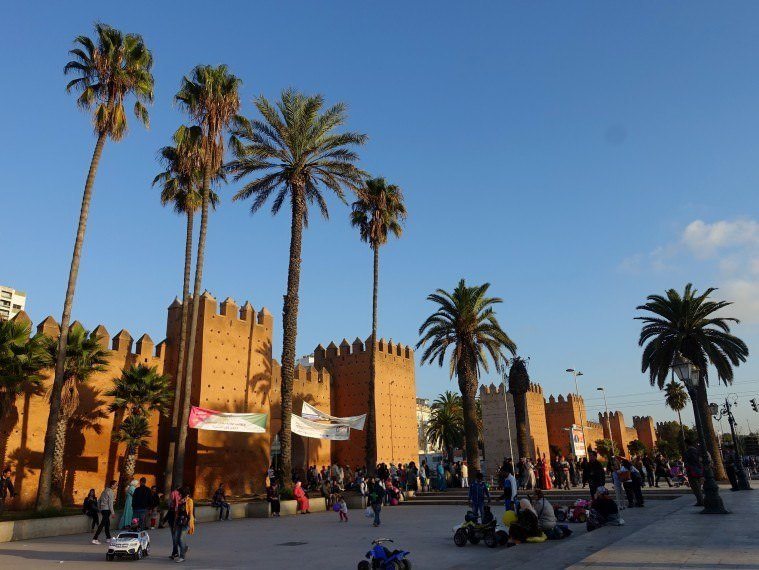 1. Wander the Djema el-Fnaa and feel the vibrancy of what the central square of Marrakesh has to offer by day and night .

The Djema el-Fnaa is the main square of the medina (old city) of Marrakesh. By daytime you’ll be welcomed with lots of orange juice shops, street artists, and street vendors. At night, food stalls come to life and you’re senses will be filled with contentment and gratitude.

Check out some of the cool and cheap tours you could do in Marrakech.

2. Challenge yourself by strolling the hundreds of Marrakesh’s Souks and be changed with the shopping experience of a lifetime.

Why the challenge? Well, this is where the overwhelming combination of energy and the multitude of colors come in. This is where your will power, patience, charm, and retentiveness of memory comes in.

As you traverse the souks, you will be welcomed with all possible material things that your heart may desire. You name it: accessories, perfumes, clothes, bags, food, and all possible gifts and souvenirs that are too lovely not to pass up. And everything feels authentic and exotic at the same time. Where is that will power not to shop when you need it? 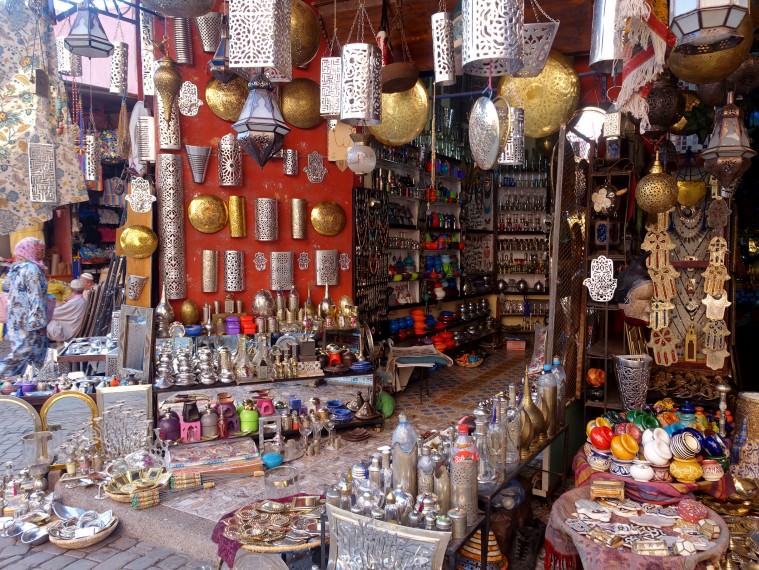 Passing from shop to shop, local vendors tend to be pretty persuasive and could get really annoying. You just have to be patient with them and say no or you’ll be back—“Inshallah”.

And when you finally find something that your heart and your budget desires, your charm to haggle can do wonders! 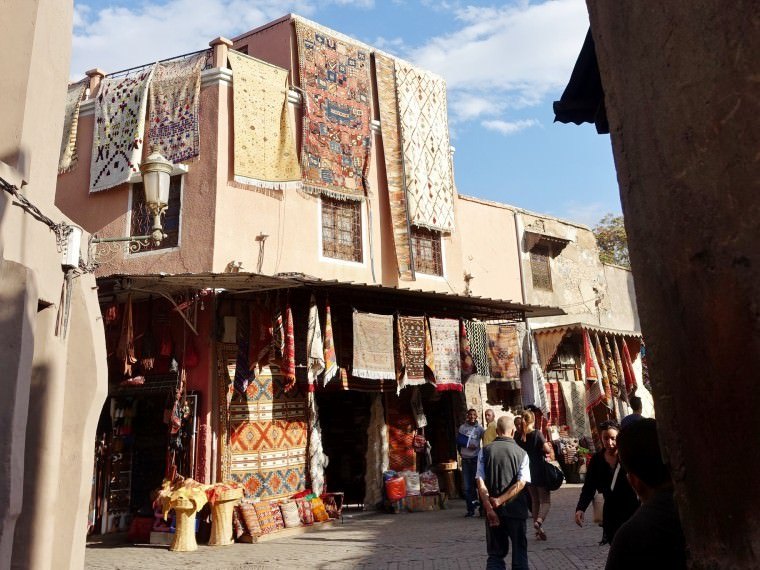 Until finally, you have to leave and find your way out. You thought you passed by a carpet shop on your way in? Think again. There is probably at least 20 carpet shops selling the same thing in each of the entrance. Without even trying, you could get lost as everything looks the same everywhere.

3. Take a trip to see and experience the Sahara.

Perhaps one of the most gratifying experiences that one can take home with is being able to see, feel, and be one with the Sahara. 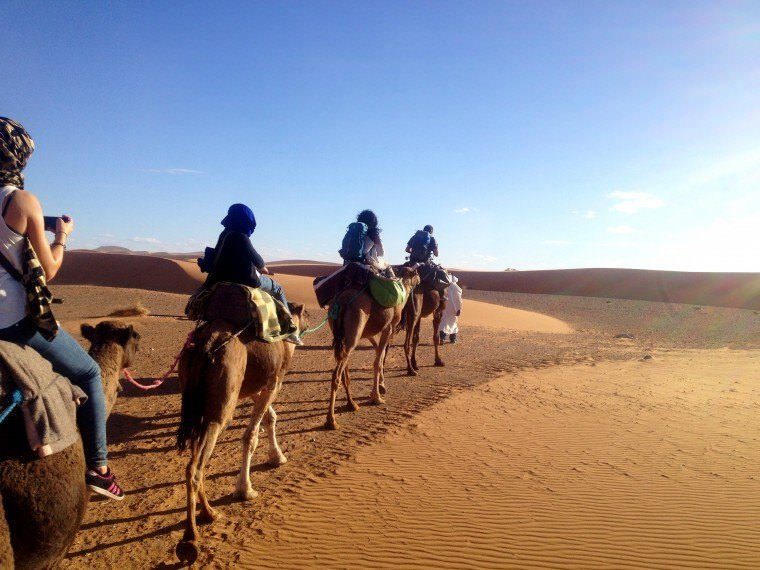 Exploring the steep sand dunes with your camel buddy is one heck of a ride, as you will need to pull up your arm and leg muscles for the right balance and position as you move along. And to be able to catch the sunset and the sunrise at the Sahara is just magical!

4. Allow yourself to be indulged with the Dar-hostels in Morocco.

Conveniently, most (if not, all) of the hostels in Morocco are riads and if you get to stay in one, you’ll be rewarded with “the traditional feel of a Moroccan home”, “the beautiful Moorish architecture,” and the relaxing vibe with a rewarding view at the terrace. And while you’re at it, wait for the time of the prayer. It’s a pretty surreal (while some may feel weird about it) experience when you hear all the mosques recite the prayer at the same time from all corners of the city!

A riad-hostel experience in Morocco will change the way you look at hostels for good. For a budget-friendly accommodation, you feel like you have been indulged with goodness and nothing else will compare afterwards.

5. See the Roman ruins of Volubilis.

Initially developed by the Phoenicians, the 40 hectares of the Roman City of Volubilis, a UNESCO World Heritage Site, stands in the middle of the valley between Meknes and Fes. During its fall, the Romans were not able to defend it given its remoteness from the Roman Empire. It was eventually inhabited by the Christians and then the Muslims.

Check out some of the cool and cheap tours you could do in Meknes and Fes.

It is perhaps one of the largest and well preserved ruins that I have seen, in spite of overcoming an earthquake and local looting back in the day.

Walk around and be mesmerized by its grandeur. Imagine how the city used to stand through the guided descriptions of the columns, the basilica, the mosaics, and the other remnants of the Roman Empire’s city.

Allow yourself to be rewarded with the city’s beautiful backdrop of the myriad of the surrounding olive trees around the valley. This is definitely one for the books.

6. Explore the medina of Fes

Once the capital of Morocco, exploring the medina of Fes makes you feel like you are taken back during the medieval time. Regarded as a UNESCO World Heritage Site, it is said to be one of the most well-preserved old cities in the Arab world.

As you traverse along the very narrow streets together with some locals dressed in traditional clothing, perhaps you’ll pass by some important buildings that have been founded for hundreds or maybe more than a thousand years ago. You’ll probably walk along some donkeys as well, given that it’s one of the few means of transportation within the city walls. 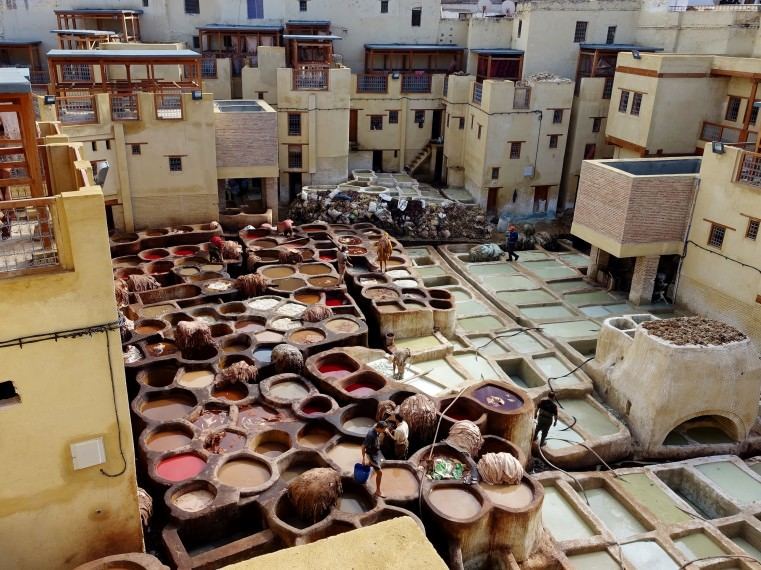 Not only is Fes popular for being home the oldest university in the world, the Al Karaouin, but it is also home to some of the largest tanneries that are truly worth a visit!

7. Catch the sunset at Hercules Cave in Tangier

Tangier is usually regarded as a city for passersby, a port city set as a gateway between Africa and Europe. But what most people don’t know is that within Tangier a really cool and historic cave.

Accessible by grand taxi for 10 MAD, you’d get to see where the Atlantic Ocean crashes with the Gibraltar Strait in the opening of the cave that resembles the map of Africa.

8. Get lost in the blue city of Chefchaouen

One of my favorites, Chefchaouen is one of the cities where the city hustle and bustle do not exist. Located up in the Rif Mountains, the whole city is mostly painted with different shades of blue that would give you that refreshing and calming feeling as you walk around.

Shopkeepers generally won’t bother you, which makes it more inviting for you to just dive in!

It is a place that you can actually escape to, get lost at, and just be happy with it. The ambiance is laid back and very inviting. Getting yourself familiarized with your surroundings and its people is so easy that at the end of the day, will make you feel at home.

At some point, you would actually feel the need to leave. Not because you want to, but because if you don’t, you might not leave at all! 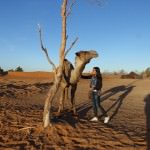 Katrina Sales, I consider myself as a citizen of the world who has been to 30 countries and yet, still trying to figure out my place in it. I have recently discovered that I can live off a backpack until it gets freezing. The Alchemist by Paulo Coelho resonates with me and just like Santiago, I’m on a mission to realize my dream and to find my treasure. Perhaps by chasing the Aurora Borealis, crossing the Atlantic, cruising the Antarctic, and of course, by seeing and experiencing the rest of the world. Or perhaps by being one with the world through the journey around it. Follow my adventures in I AM A WANDERGIRL.

6 thoughts on “8 Awesome Things to do in Morocco #morocco”

7 Awesome Things to Do In London @visitlondon

Awesome Things To Do In Denmark